Up For Debate - What is the most revolutionary game mechanic ever?

Usually, the most exciting games which ever arrive are those which push forward something truly revolutionary. A change which advances videogames forward as an interactive medium, inspiring other games to build off this new idea.

Radical ideas usually come to fruition in indie titles these days as it’s often seen as too expensive a gamble to take genuine risks with a AAA behemoth. Not every game can be Death Stranding, but plenty can be Middle-Earth: Shadow of War. The indie scene is a hotbed of fresh ideas, the best of which typically bubble up to the big budget showcases in due course.

AAA has had its fair share of innovations though, whether it was Half-Life 2’s physics-based Gravity Gun, Assassin’s Creed 2’s groundbreaking parkour systems, Total War’s gargantuan battles, or Ultima Online ushering in the popularised form of MMORPGs.

The unfortunate sting in the tale for most truly revolutionary features is that practically any game that’s vaguely similar will steal the idea for the next five years and ground a revolutionary mechanic into dust. It means we sometimes don’t think too kindly on what actually were and are great ideas, and certainly lends some recency to revolutionary game mechanics.

As an example of this, look no further than the cover-based shooting system. Right now you probably roll your eyes when you hear cover-based shooters being talked about again, but this once was revolutionary. One of the first times we ever saw this used was in PS2 shooter Kill.Switch, followed up by Rainbow Six: Vegas. It wasn’t until it was utilised in Epic Games’ Gears of War that third-person cover shooting really took hold, though. Gears of War was the moment in which a game delivered cover-based combat which was simple to use and had environments built specifically around this concept. It proved a truly revolutionary concept and its lingering effect was for practically every third-person shooter to use a similar mechanic since.

But, we’ve all got probably got our favourites, or at least the ones which we believe have revolutionised gaming. They don’t even have to be for the better either. Love them or hate them, but loot crates have left an indelible mark on this hobby of ours.

So, over to you, what do you think is the most revolutionary game mechanic of all time? Share your favourite below!

As an Indie i would say FEZ, and for the high budget Nier Automata.

The surprise mechanic, of course!

I'm surprised that in 3 pages of comments - nobody said it! That was literally the first thing that came to my mind xD

Most revolutionary game mechanic ever?! Definitely....

Dialogue Choices
I don't know if it's revolutionary. But dialogue option choices in a game that alter how NPC's view you and can impact the rest of the gameplay and the ending itself was rather game-breaking for me. At least when I first discovered it in Star Wars: Knights of the Old Republic (2003)

Problem is that most modern games have most dialogue choices irrelevant and not meaningful. Either some additional information dialogue or some meaningless choice that gets a different response verbally but nothing else and just continues all the same.

Great question!
The depth of view introduced in Crysis was incredible. The changing weather patterns in ES: Oblivion was beautiful. First seeing blood in a game (Mortal Combat) was just plain cool. But the most important mechanic was open world gameing thanks to Legend of Zelda and then GTA3 doing it in 3D.

Fish AI In Cod ghosts, i mean come on, fish that move out the way, cant beat that

Hahahaha, and I shall tell you something sad now...
Compared to Forza Horizon 4's car AI, I'd say it's awesome. You can be dead stopped on the road and they would NOT move away, go around you or even stop, they just ram you like there is no tomorrow... So sad... Same in races, they just follow their pre-determined lines and hit you and ram you regardless of what you are doing and where you are, they have no idea you exist.

the most revolutionary game mechanic would be VR. I mean, being able to step inside a game is quite impressive. The Wii also did a great job with the motion-thingy, but Kinect should eat dust!

No Man Sky. Despite it's gruesome launch it opened my eyes to the possiblities in gaming. You can explore entire planets! This blew my mind in 2016 and even more now with its recent updates. 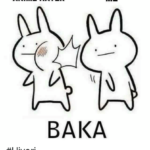 Let's go back to 1981. Cosmic Avenger was the first scrolling space shooter that allowed you to speed up to avoid enemies that might be below or behind you. What is surprising is that so few schmups didn't use this game mechanic. Scramble, Super Cobra, Gradius, R-Type and others were just a slow slog. I liked the ability to speed things in up in the ColecoVision version of Cosmic Avenger.

I guess the melee finish where the enemy just goes splatter everywhere....maybe idroduced in doom???

Though Max Payne introduced it, I feel like F.E.A.R. perfected "bullet time" (though honorable mention also goes to F.E.A.R.'s excellent use of lighting/shadows). Slowing down time while raking enemies with SMG fire was spectacular!

fear was a great game

The Nemesis system from Shadow of Mordor. Watching an enemy that escaped or you thought you killed keep showing up was one of the funnest parts of the game.

I think the most revolutionary thing in the games I played is the tactical pause in games like Mass Effect or Dragon Age.

Simple action adventure is turned into something significantly more engaging and complex by allowing the players the ability to control the field. Because of this, I feel tactical roles made sense in character creation. No longer did one had to stick to the warrior/archer/mage. Now you had debilitaters, facilitators, healers, controllers,vanguards etc

And that is a big reason why its wrong to compare Greedfall with Dragon Age. Tactical pause there is not restricted to you, it extends to our party as well. Opening the Pip Boy or using VATS in Fallout s more similar to the pause in Greedfall.
And you can see the stark difference this game mechanic creates by playing both GreedFall and Dragon Age. One is an okay title, the other is a genre defining game

For me, destructible environment, which is highly underused, but it was pretty much only exceptional thing in Red Faction series for me and in Crysis it was fun too. I wish it was used more and get even more advanced. Also shoutout to spreading fire in Far Cry 2. Second would be Radiant AI in TES, which makes NPCs and towns feel more alive, by NCPs have daily cycle and reacting to things.

That was just amazing when I first played Oblivion. Also fully voiceacted dialogs were great, even if they came at expense of much broader dialog system we had in Morrowind. Also playing with physics was amazing too, like we had it in Half-Life 2 with gravity gun or in Portal with portals. I wish more of those stuff would be done and not just left in the past.

Ooof, Red Faction brings back memories... We used to load up the Glasshouse level, get infinite rockets/explosives and just go nuts. The destructability in that game was insane back in the day. I wish modern games had anything like that - explosives feel weak... Rockets/bombs/'nades these days just go "boom" and produce ragdolls...no real damage to the world and it's rare to even get gibs. Really lame.

Diablo 1. Being able to click and attack. Also the loot and inventory system.