Red Dead Redemption 2 is the joint-highest reviewed game of this entire gaming generation. Rockstar's magnum opus is a Western epic. A rootin' tootin' ride through the Wild West against some of the visually stunning backdrops ever created. And Red Dead 2 is out on PC in less than four weeks' time. This doesn't leave you with much time to prepare, pardner, so saddle up. Here are the PC system specs required to run Red Dead Redemption 2 on PC.

Looking at the low end specs above shows us that Red Dead 2 requires an AMD Radeon R9 280 3GB graphics card to run low graphics settings. Pair this with the Intel Core i5-2500K or AMD FX-6300 processor or better to achieve 30FPS on a 1080p monitor res at low graphics settings. You will also require 8 GB RAM to meet the minimum system memory needed. Your graphics card will need to be capable of running at least DirectX 11 to get RDR2 to run. So overall we expect that just to get Red Dead Redemption 2 to run on PC you will be looking at having around a 3 year old PC, with hardware being fairly modern to reach the minimum system settings.

One thing to look out for is you will need a massive 150GB space storage space to install Red Dead Redemption 2. The console version takes up around 105GB, indicating higher quality assets in the PC version.

But if you are hoping to play the best possible looking version of Red Dead 2 then you have come to the right place. The PC version of Red Dead Redemption 2 will be the best visual offering of the cowboy-em-up around. To get that smoother frame rate and more impressive graphical experience or perhaps to bump up to the higher screen resolutions on PC then you will be looking for hardware that can deliver the RDR2 PC recommended requirements. The sort of graphics cards you will be after to meet the recommended graphic requirement will be either an Nvidia Nvidia GeForce GTX 1060 6GB or the AMD AMD Radeon RX 480 4GB. Both of these GPUs aren't particularly high-end for recommended specs and should ensure RDR2 can run at High graphics on a wide range of PC gaming systems.

Add into your gaming PC a processor like either the AMD AMD Ryzen R5 1500X or Intel Intel Core i7-4770K 4-Core 3.5GHz CPU to reach the Red Dead Redemption 2 recommended system specs. This sort of hardware PC setup will deliver 60 Frames Per Second on High graphics settings on 1080p monitor resolution when playing RDR2 providing you have 12GB RAM.

For those of you with larger monitor real estate, to get RDR2 to run reliably on 1440p screen resolution you will be looking at the Nvidia GeForce RTX 2060 6GB or AMD Radeon RX 5700 8GB if you are after some high end graphics settings as well. You would always be able to turn down and tweak the multitude of Red Dead 2 graphics options to find the more stable frame rate for 1440p.

To get Red Dead 2 running on 4K and around the High graphics settings mark you will be needing at least an Nvidia RTX 2070 Super 8GB or perhaps an AMD Radeon RX 5700 XT 8GB and even then you will probably have to adjust a few of the graphics settings down from some of the default High settings. Faster video cards such as the Nvidia GeForce RTX 2080 Super 8GB, Nvidia GeForce RTX 2080 Ti, and AMD Radeon VII 16GB can potentially play Red Dead Redemption 2 at 4K/Ultra with high frame rates.

Please note that these are all provisional guidelines, and we will be running our PC hardware tests for a variety of resolutions as soon as we get our hands on the PC build in the coming weeks.

No, Red Dead 2 on PC will not include support for Nvidia's RTX-powered ray-tracing features and it is unlikely to include any retrospectively added patch with Ray Tracing technology at a later stage.

What game engine does Red Dead 2 use?

What PC Graphics Options will Red Dead Redemption 2 have?

Red Dead 2 on PC will be one of the best looking games to date on any system and once the RDR2 modding community get their coding paws into it, we expect some wonderful and imaginative visuals to be an optional extra for PC owners of Red Dead 2.

When is Red Dead Redemption 2 out on PC?

RDR2 launches on PC on November 5th through the Epic Games Store and the Rockstar Games Launcher. A Steam release will follow in December 2019. You can see more details here.

Seems a lot more realistic than like 90% of system requirements that get released nowadays.

so im totally good with my rig cant believe it !! no doubt the best optimization ever

Seems very reasonable, but that 150GB install size, it scares me.. XD

“You can say that about anything though, computer parts will just stop working and that's the end of...” - Codemonkeys101

“let's contribute to the western European countries NOT having electricity this winter. XD” - rattlehead999

As long as its optimized like GTAV I don't mind 150GB, it will take a Month for me but I'll do it 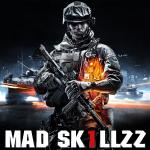 Dude You don't even have to ask, you can crank it up above 1080p if it's optimized like GTAV or Witcher 3

Guys how many fps i can get on 768p medium settings please ??

i doubt it would be below 30

It's pretty hard to say until the game is in our hands but you're really not far off the recommended specs. I would guess you're going to be able to hit 60 @ 768p/High without any issues

150gb lol :P i only saw this game from youtube. i dont have a console and it looks sick. am fine i think in full hd resolution with ultra settings.cant wait.

yes..turn aa down for stable and more fps avg

I don't think so. Maybe high 50-60 FPS, but definitely not ultra. Wait for it to be released first so we can give a clear answer.

Cant wait for this, it´s been a long wait but now it´s soon to arrive. I really need to buy that graphics card now so I can start playing again :D

Finally, after some speculations, reportedly leaked gameplay, and all the rumours. RDR2 is finally here and the requirement are solid. Been spending months seeing my brother play RDR2 on PS4 and i can finally have my time to play with it.

I bet Modding Community is also excited for this!

This is sweet! I just might be able to play on med 1080p, which is way better than I expected from this game!

Can I run this though? They are asking for an i5 2500K which I believe is a better CPU than mine and what about the GTX 770 or R9 280? They also seem to be faster cards than mine? Really unsure right now.

Great News! Though I will wait for steam release to make use of the easy refund in case it doesn't work right. Seems a great time to upgrade though. Lots of games I want to play as well as competition in HW with good options. Now if only I could save up some money quickly.

Finally an optimized game ! Can't wait it to be out on Steam !

GTA V which is based on RAGE engine works great with Nvidia GPUs when compared with similar AMD GPUs,

until something has been changed drastically under the hood, things should be same,people with old Nvidia GPUs should rest assured, that they can run this game.

Those specs were updated earlier, 32GB was a typo, it really only needs 16GB.

Sweet! Cant wait to see the mods made for single player.

anyway to change my username?

Just hope my PC can run it as it is kind of limited.

How well will i run it, settings and fps?