Paradox announces Crusader Kings 3, out in 2020 on Steam and Xbox Game Pass for PC

Paradox has gone a bit wild with the announcements over the weekend, hosting its very own PDXCON 2019 event. The biggest announcement was undoubtedly Crusader Kings III, the long-awaited sequel to one of the most beloved Paradox Interactive titles ever. It’s been seven long years and now a new heir is born.

“Crusader Kings III is a grand medieval simulator where you are free to live out any plausible ruler fantasy that we could think of - but not without challenge,” says Henrik Fåhraeus, the game director. “Seeing its predecessor explode in popularity was very satisfying, especially considering that user friendliness was never our primary goal. Now we have a chance to address an even larger audience.”

Crusader Kings 3 is a big step up from CKII in terms of presentation and polish. It uses a vastly more detailed map, 3D character models, and all the depth of CK2 and its nigh-on eight years of expansions. It’s a notoriously complex franchise at this point, although Paradox is also attempting to make it easier for series newcomers while not detracting from the depth for veterans.

Crusader Kings II is, I believe, GD’s very own Squee’s favourite game of all time, pretty much, so we’d imagine he’s more than a little bit excited to see what’s in store from Crusader Kings 3.

We've also got the first batch of in-game screenshots and you'll see it's significant step up from ye olden days of CK2. 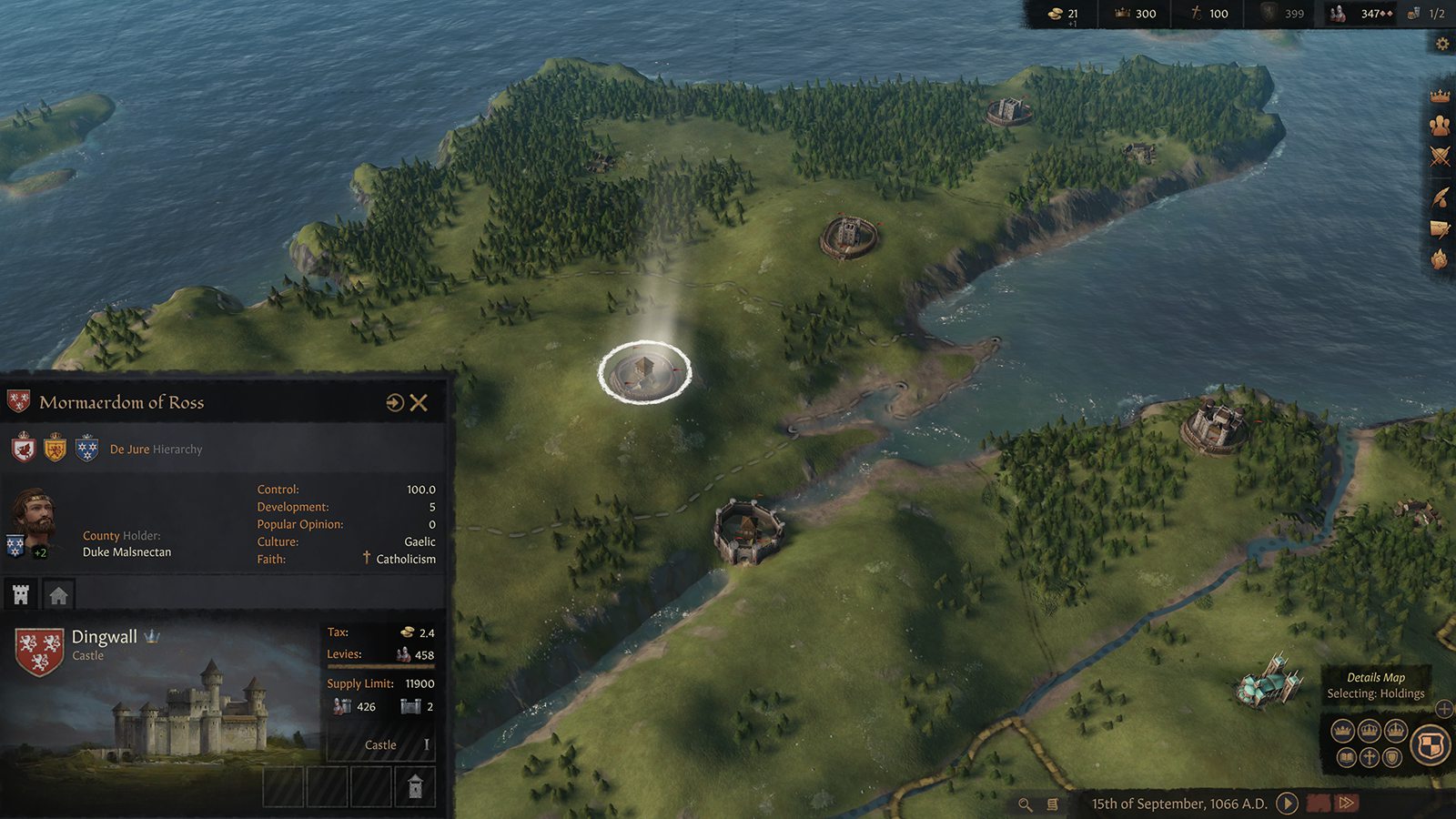 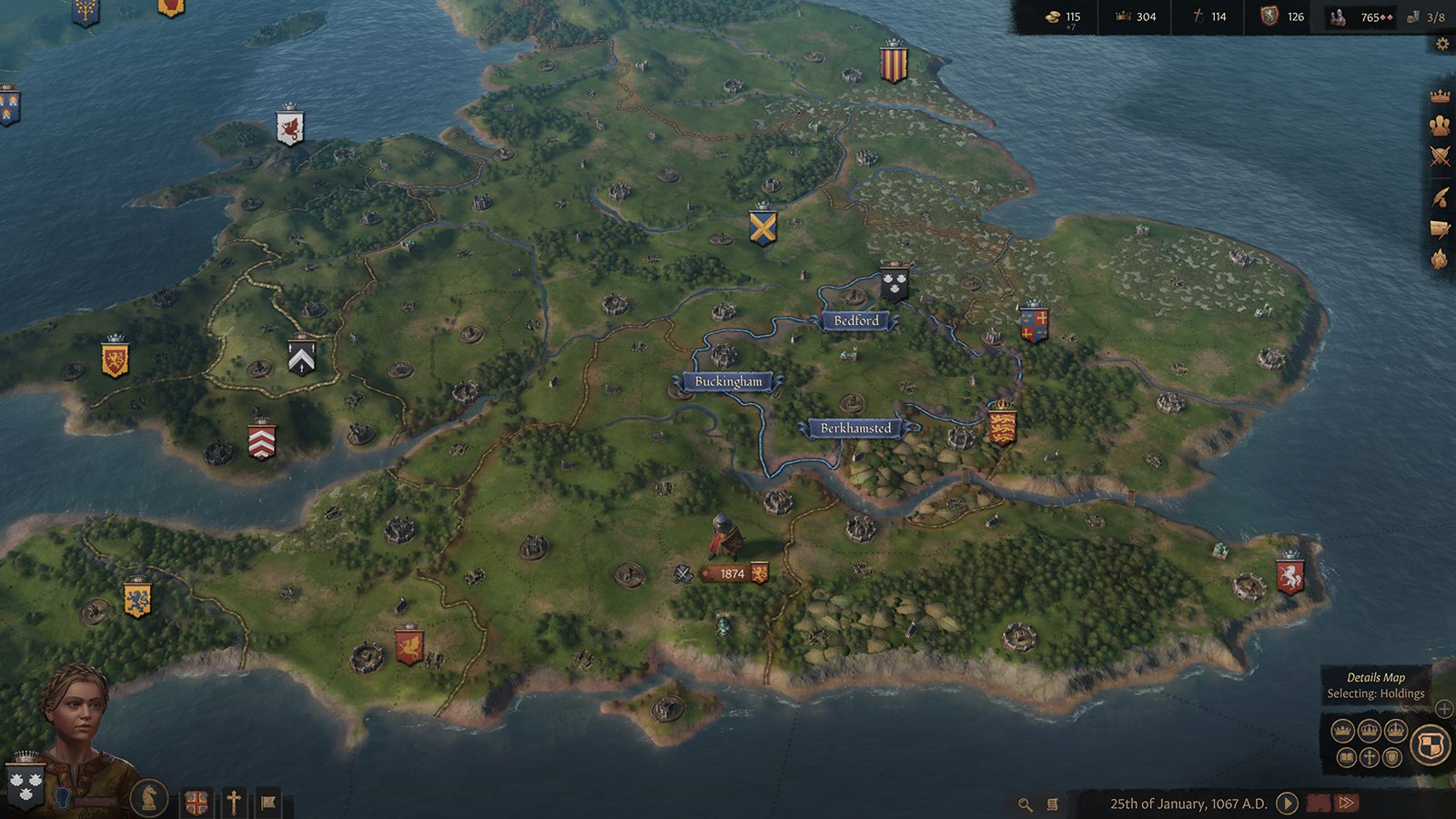 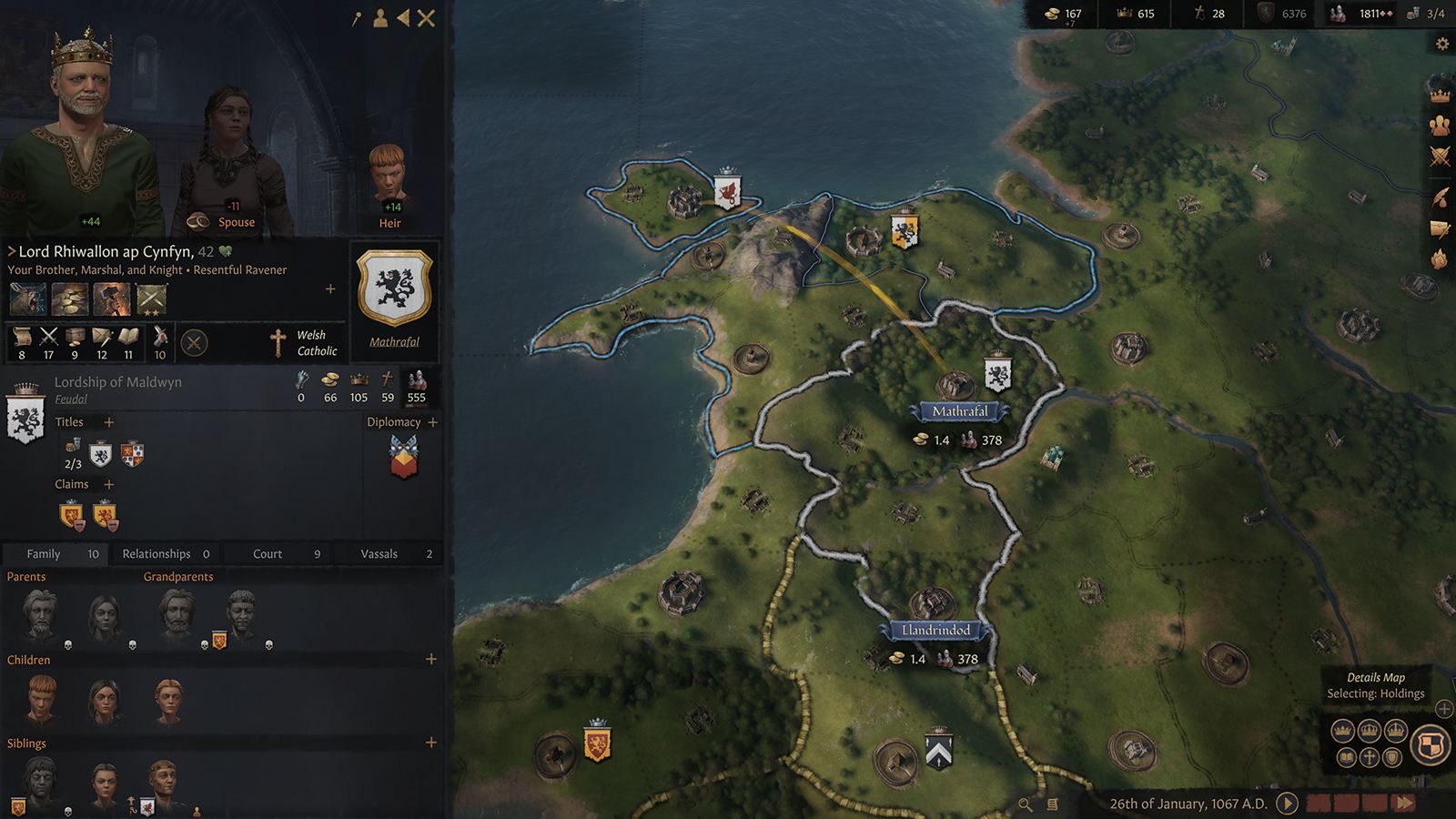 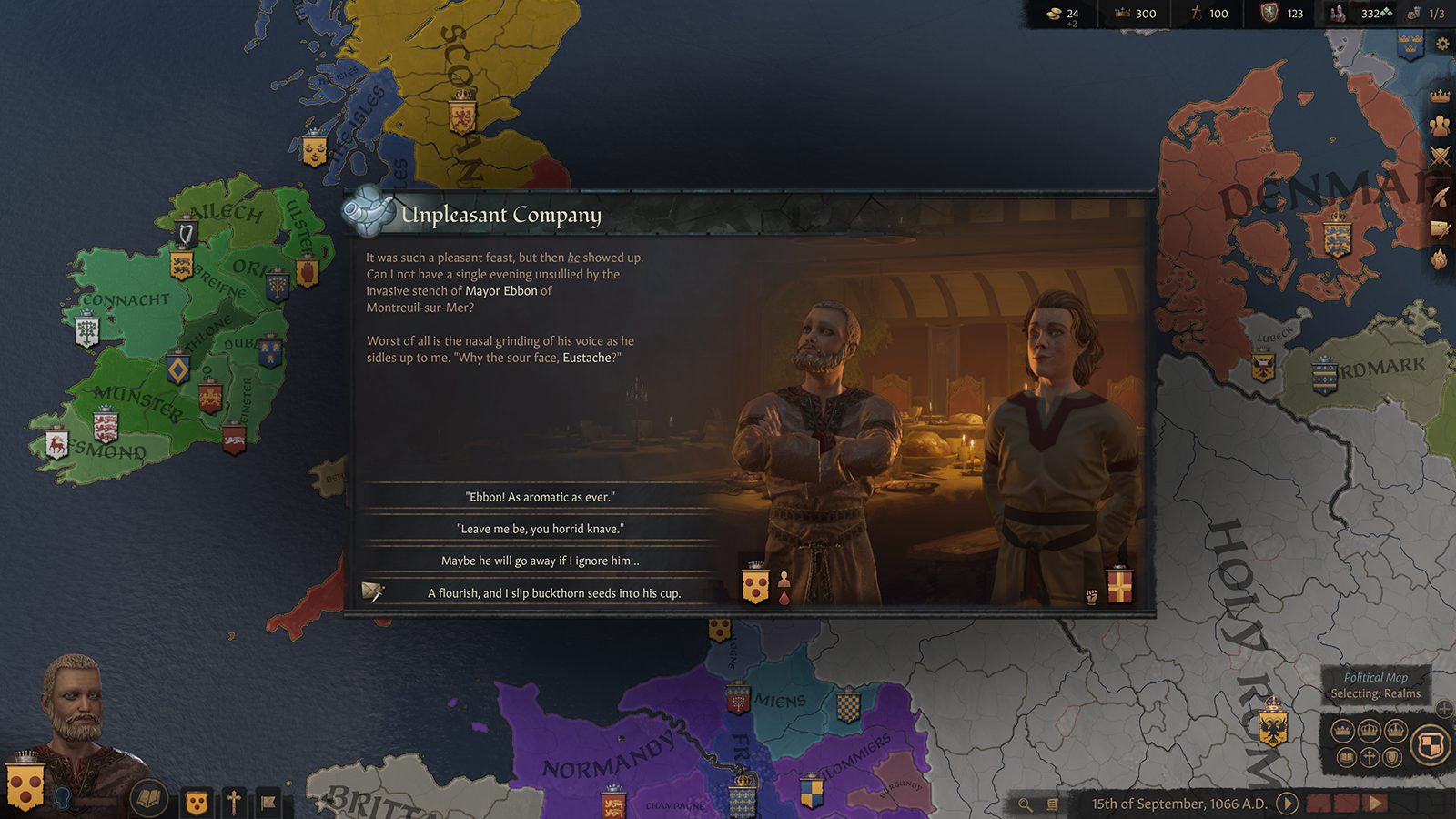 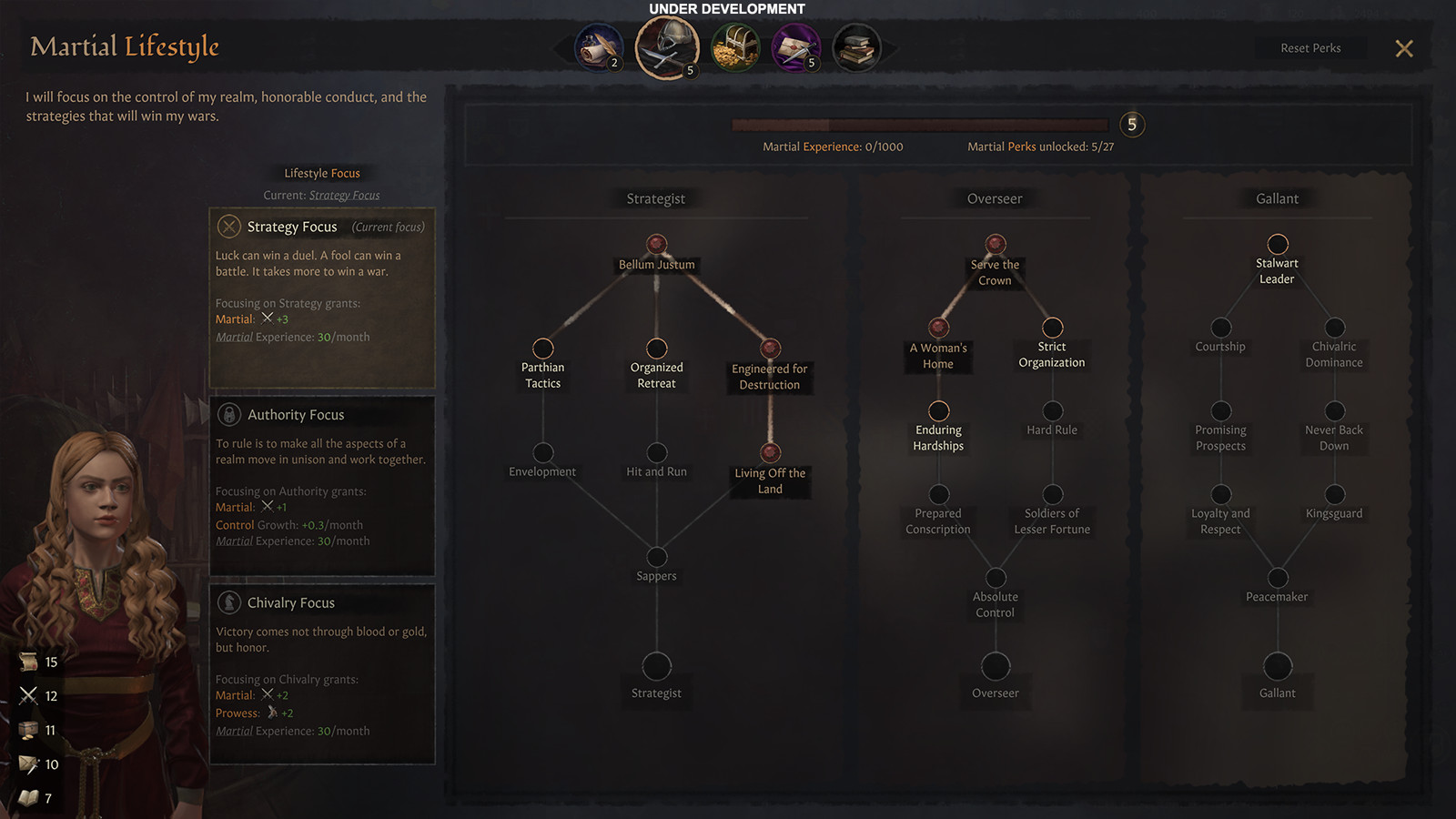 Crusader Kings 3 is coming to PC in 2020 and it will be included in Xbox Game Pass for PC from day one. If the previous games are anything to go by it’s the sort of thing you could easily spend thousands of hours playing, which really does make it an excellent up-sell from the monthly subscription service as that monthly subscription will really begin to stack up for long-term players.

Also if there is a game I'd want on my phone it's Crusader Kings or any of the other Paradox games, like Europa Universalis, Victoria, Hearts of Iron.

You should play one of them first, then you'll change your mind about wanting them on a mobile device...

I want them on mobile!

And in school I used to play on my phone EU4 through windows remote desktop, it was quite a bit of a pain, which is why I want them with proper touch screen controls support.

I want them on mobile!

Maybe there is a reason the games are not available on mobile. Perhaps because they are extremely complex and require a lot of management. Having Paradox design games for mobile would take a lot of that away. It should be apparent, for someone who spend thousands of hours in these kinds of games...

Nope their problem is that they are using a file system instead of a proper database, change that and it's all good, their games are very light otherwise.

A version of Stellaris is coming to mobile

Great the only game I don't care about(it's a great game btw, just not interested) is coming to mobile. :/

Well it's not Victoria 3, but CK2 is or at last used to be my favorite Paradox game for the longest time and I very much looking forward to this one.

I heard there isn't going to be any crusading in crusader kings III. Or was it deus Vult? O.o