The mod scene surrounding Red Dead Redemption 2 is already hustling and bustling in the weeks after the game’s launch. It’s hardly a surprise the mod community has taken so kindly to Red Dead 2 either. Rockstar’s magnum opus packs an incredibly beautiful world which takes itself very, very seriously. Anything to mess around with this formula and ‘break’ the game is always going to be a hoot, whether that’s turning yourself into a miniature cowboy or becoming a giant crab terrorising Valentine.

But, managing mods in games without official mod support can be an especially fiddly process though. Step forward the Red Dead Redemption 2 Mod Manager on Nexus Mods, which should hopefully take some of the pain out of managing which mods you’ve got installed.

Right now, we suspect the RDR2 Mod Manager is a bit rough around the edges. The creator has built it as a direct port of the Grand Theft Auto V mod manager, meaning it works in exactly the same way for those already familiar with the tool.

This was just to get version one out of the door as quickly as possible; over the next few weeks they plan to tidy up the code and begin the process of adding new features. 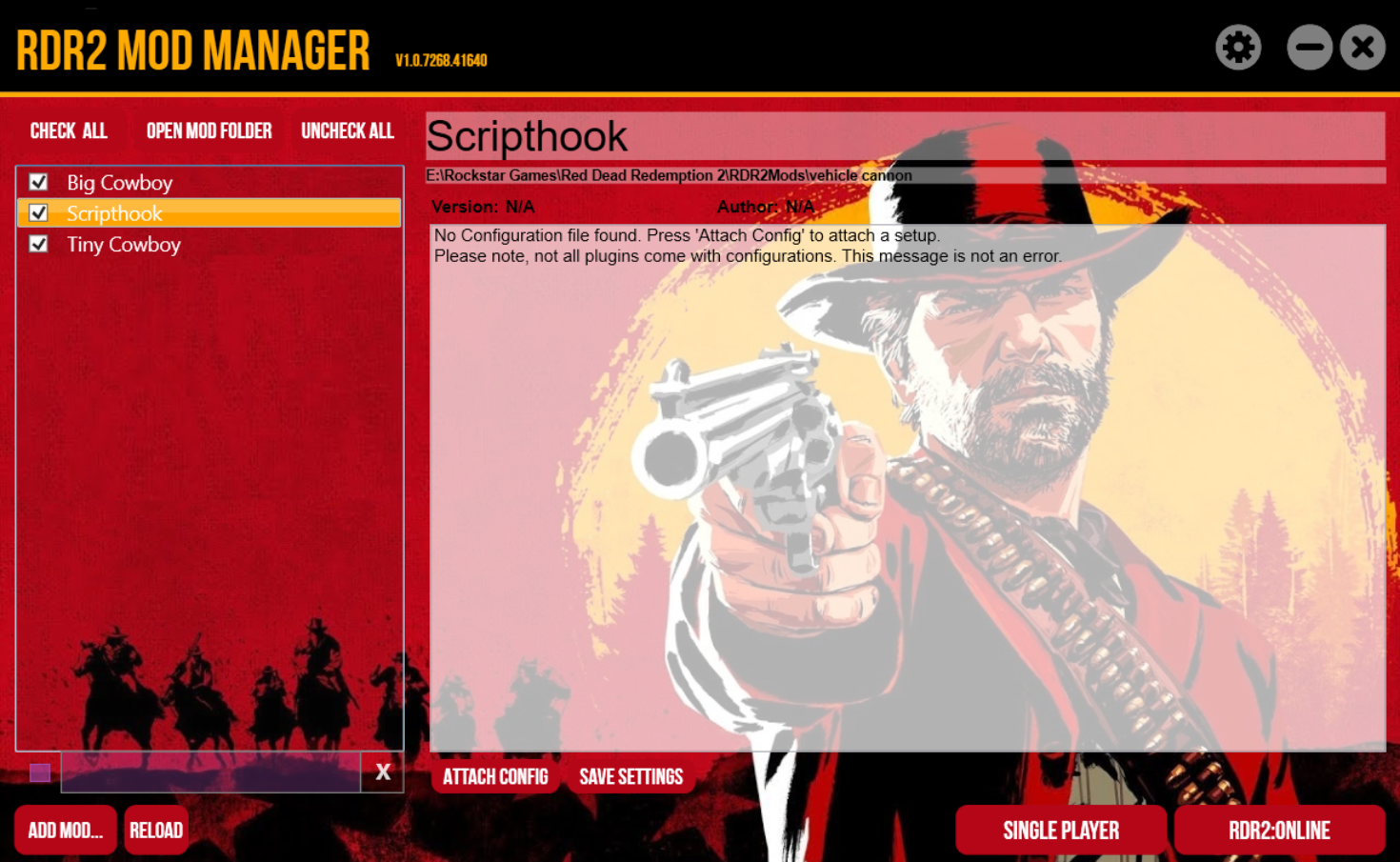 Most of the current mods for Red Dead Redemption 2 are focused upon messing around with what’s already in the game. This includes a fully pilotable hot air balloon, for example, shrinking player characters, or messing with scripts to control time and weather. Given a bit more time though, we're expecting some fine stuff from the more creative mod developers out there.

You can grab the Red Dead Redemption 2 Mod Manager for yourself over on NexusMods. It looks to be a simple enough install and there’s also a brief tutorial. The mod’s creator, Bilago, has said they’ll be putting together a tutorial video for the RDR2 Mod Manager soon.

Can't wait until they ban this.

It would be fun if they manage to put cars and modern weapons into the game, as well as a mechanical/cyberpunk horse

admit it you want a West World expansion! If I am right Some Modder will make it happen for sure along with some characters form the other worlds showing up as well along with and a buggy a dirt bike and a bunch of automatic rifles

I then intend to activate god mode with infinite health and walk into a town dressed as the man in black and mow everyone down, jump onto a train make it bloody then ride it to hell asking them all to show me the way into the maze.

before anyone judges me remember I am simply Role-playing a superb TV show and GTA the way it was back in the Good Ol Day's!

ahhh yes, a westworld expansion would be sweet.At least im happy with the third season coming in 2020