Our first look at Cyberpunk 2077’s map has surface via an official art and lore book which isn’t set to be available until after the launch of the game. Whoopsie.

Being set within a single city, Cyberpunk 2077’s open-world is, naturally enough, a lot smaller in terms of square footage when compared to The Witcher III, but CD Projekt RED has been upfront about the fact it’ll be far more dense with areas of interest and increased verticality. Cities have a ton of high-rise buildings to explore, while White Orchard is just a collection of glorified shacks.

The leaked artwork comes from a book called “The World of Cyberpunk 2077 Deluxe Edition”, a book which is due to launch on April 21st, 2020, for the current heinously expensive price of £77. 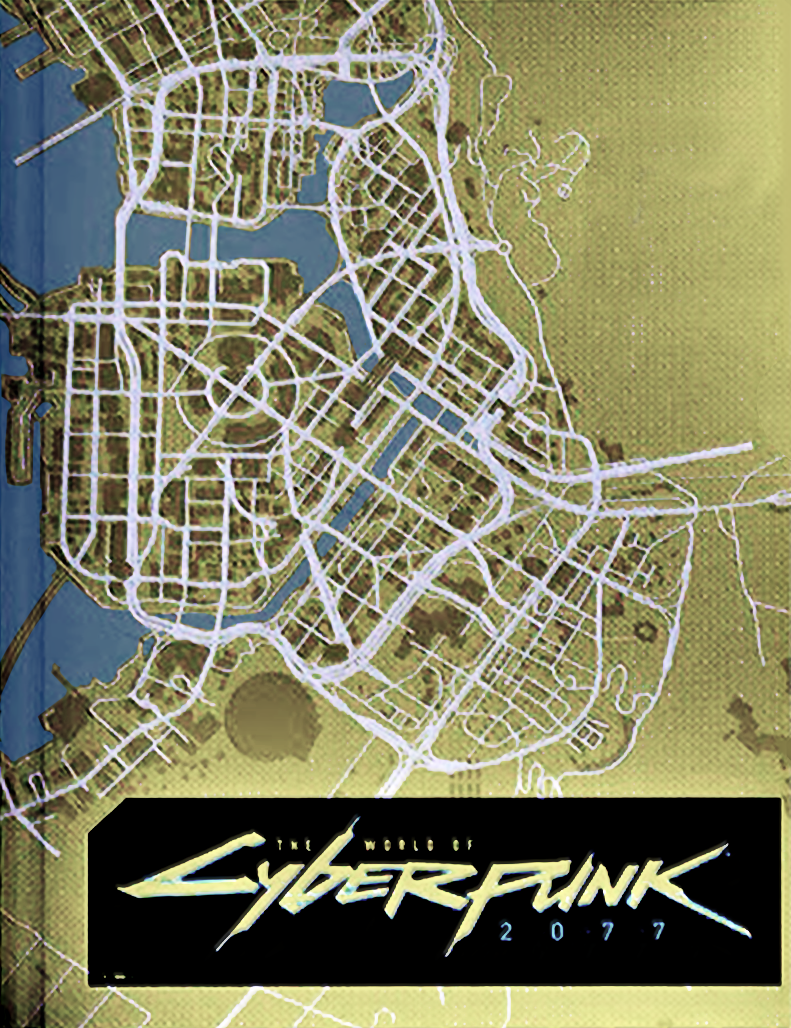 It looks as if it shows a good chunk of the map of Night City, although there is the chance that it’s still missing a lot of the city to the top and bottom. In fact, when we compare it to the Metro map we can see there’s probably a good chunk up to the north, as well as the Orbital Space Center to the west. What is here shows a fairly dense network of roads though, surrounding a bayside city complete with a central ‘island’.

Here's a comparison, although you'll have the excuse the extremely rough way this thing lines up. Anyone familiar with metro maps will know they invariably have little more than a passing resemblance to the actual geography. It does give a rough outline of the areas that may be missing, however.

We’re interested to see just how much further CP2077’s map stretches, although it’s difficult to tell just how much is actually squeeze in this space as it is. If CD Projekt RED are going to a Deus Ex-style level of density then even an area seemingly of this size would be insane in scope.

The metro map looks like London's tube map to me :D

Yeah I feel asleep on the Bakerloo line after a couple of beers and ended up at the orbital air space centre once. Never again

We call it Heathrow :D

A Space Center? Oh man are we going to space? Or I wonder if it's like in Blade Runner, where offworld stuff is just mentioned, and most people can't afford to get to space, and are left down here in this...cyberpunk dystopia.

Havent been this excited for a game in soooooo long. Good god I hope its not bug ridden!