Well, Randy Pitchford's hatchet job of marketing Borderlands 3 seems to have gone exactly as well as we expected. Borderlands 3 was one of the biggest game launches of 2019 and yet it was taken out back and put down like an injured sprat by The Outer Worlds. Rest in peace, sweet Claptrap.

Anyone, that's enough pity for one paragraph, no rest for the wicked and all that. Now it's time for the Capcom heavyweights to enter the ring, with one booking a place in the Semi-Final. It's time... for Resident Evil 2 Remake versus Devil May Cry 5.

Each day at 17:00 GMT two titles will battle each other. Whichever title receives the most votes in the poll wins, and will then go through to the next round. 12 games in total will be battling away, and the first six rounds will took place from Monday through until Saturday, one battle per day. The six games that win will make it through to the semi-finals, where three further 1v1 fights will take place. The winners of these three battles will then make it to the three-way final to decide the ultimate game this Christmas.

The Capcom showdown. Evidence, if it were needed, that Capcom is BACK and a force to be reckoned with once again. Two of the esteemed publisher and developer's most beloved franchises returned in 2019. Resident Evil 2 was a remake of one of the most highly regarded survival horror games of all time, given a magnificent modern-day spit and polish. The other was none other than the return of Devil May Cry. DMC V delivered and then some, offering heaps for character action fans to sink their teeth.

But now Capcom's two siblings are going to be battling to the death. A good old bout of fratricide, if you will. Will Leon be putting a bullet between the eyes of Dante? Or will Nero be smashing a motorbike though Claire's skull? If it sounds brutal, that's because it is. There's no love lost between these two giants - the only thing now is to decide your winner. 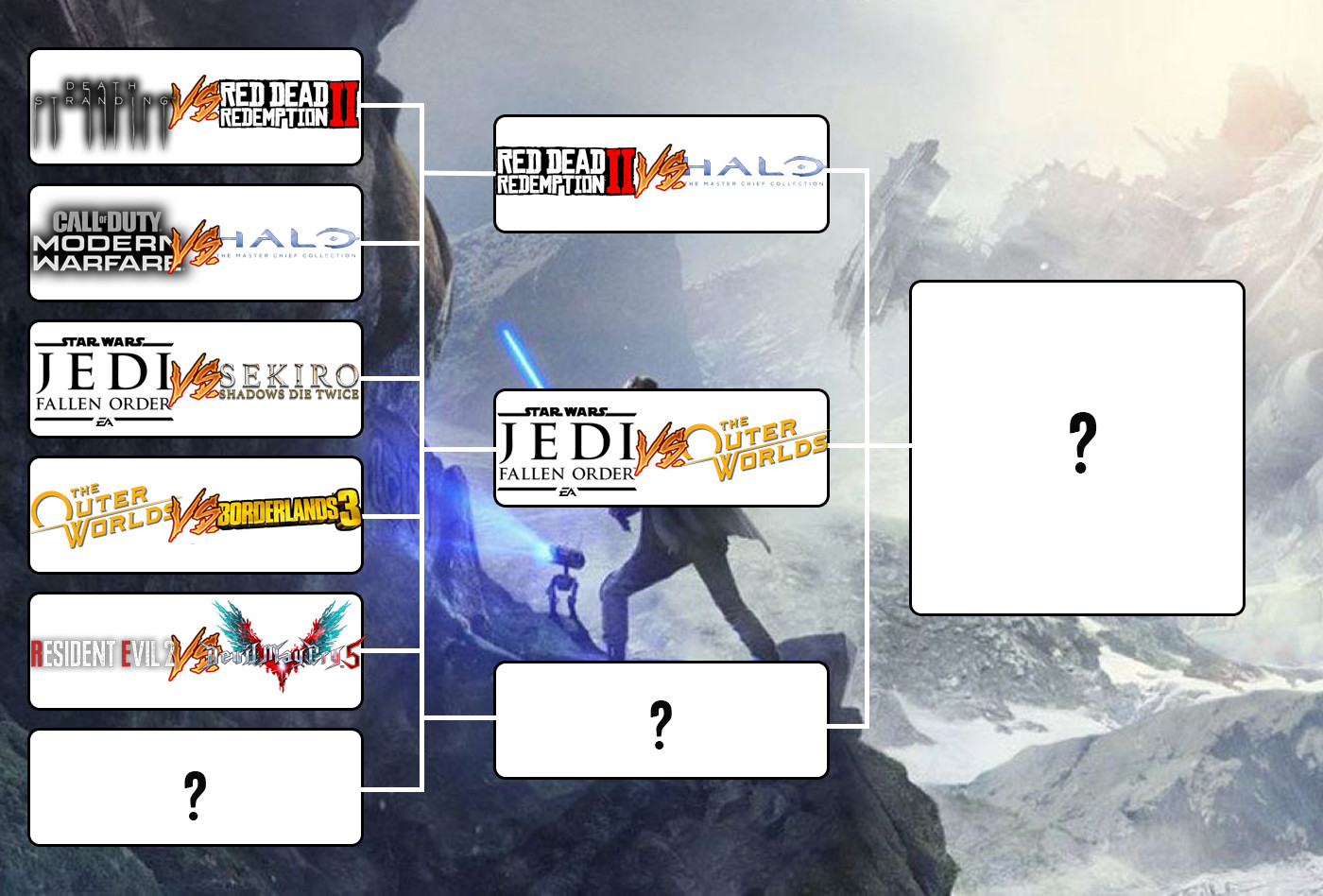 It's very cringy, but the series is very self aware, which makes it a lot less cringy. It's like anime, if anime were good and fun.
Also the gameplay is f*cking fantastic.

I like hack'n'slash games and Devil May Cry is one of my most fav series I still have DMC4SE and DMC-DevilMayCry installed as well
I wish DMC5 had a mission Where Nero had to Fight Dante like in DMC4. Its still tricky to beat him ;)

Personally I would go with Resident Evil 2 remake, it really is well executed remake of great game. Devil May Cry 5 is great too, but I do feel it falls bit short in terms of whole delivery. And beside that, they put in microtransactions just for sake of checking that item off the list. That also is worth at least few negative points in my book, though not as much as in cases where they effect...

... game design. It definitely could be ton worse. Still, with RE2 you simply don't have to worry about microtransactions existing. Still, regardless of what I would get, I would be happy with it.

This one was a really tought one(RE2)

I needed a good Hack and Slash game on PC for a while now and DMC5 delivered.

This one hurts bit i'll choose DMC5 because choose between a survival-game and a beat-them-all the choice is easy!

Now there´s a apples to oranges. Do you like a very good hack and slash or a very good survival horror game.