Yesterday, Star Wars: Jedi - Fallen Order dispatched The Outer Worlds with all the ease of Anakin slaying an entire class of youngling Jedi children. Truly chilling stuff it has to be said but proof, perhaps, that the force is strong in this one. Star Wars Jedi becomes the second game to reach the 12 Games Grand Final and we suspect it's got one eye on force choking Red Dead 2.

But onward, to more pressing matters. Our third and final, er, semi-final, wherein two very different experiences go head-to-head. Resident Evil 2 Remake is a 20-year-old game given a lavish modern upgrade while Disco Elysium is forward-thinking, endless imaginative, and thoroughly unique. It's old v new, AAA v indie, renovation v innovation, but there can be only one winner.

You could accuse this of being a titanic mismatch, a David versus Goliath battle. When David happens to be one of the most critically acclaimed games in recent memory though, we think he might have a shot.

Both resident Evil 2 and Disco Elysium are the highest review games of 2019 according to OpenCritic. These are, according to the critics at least, the best games you can possibly get your hands on this year. There's really nothing to divide these games so how we settle it with a good old fashion one v one, a bare knuckle fight to the death. both will come out tattered and torn but one will be victorious. Ladies and gents, choose your victor wisely. 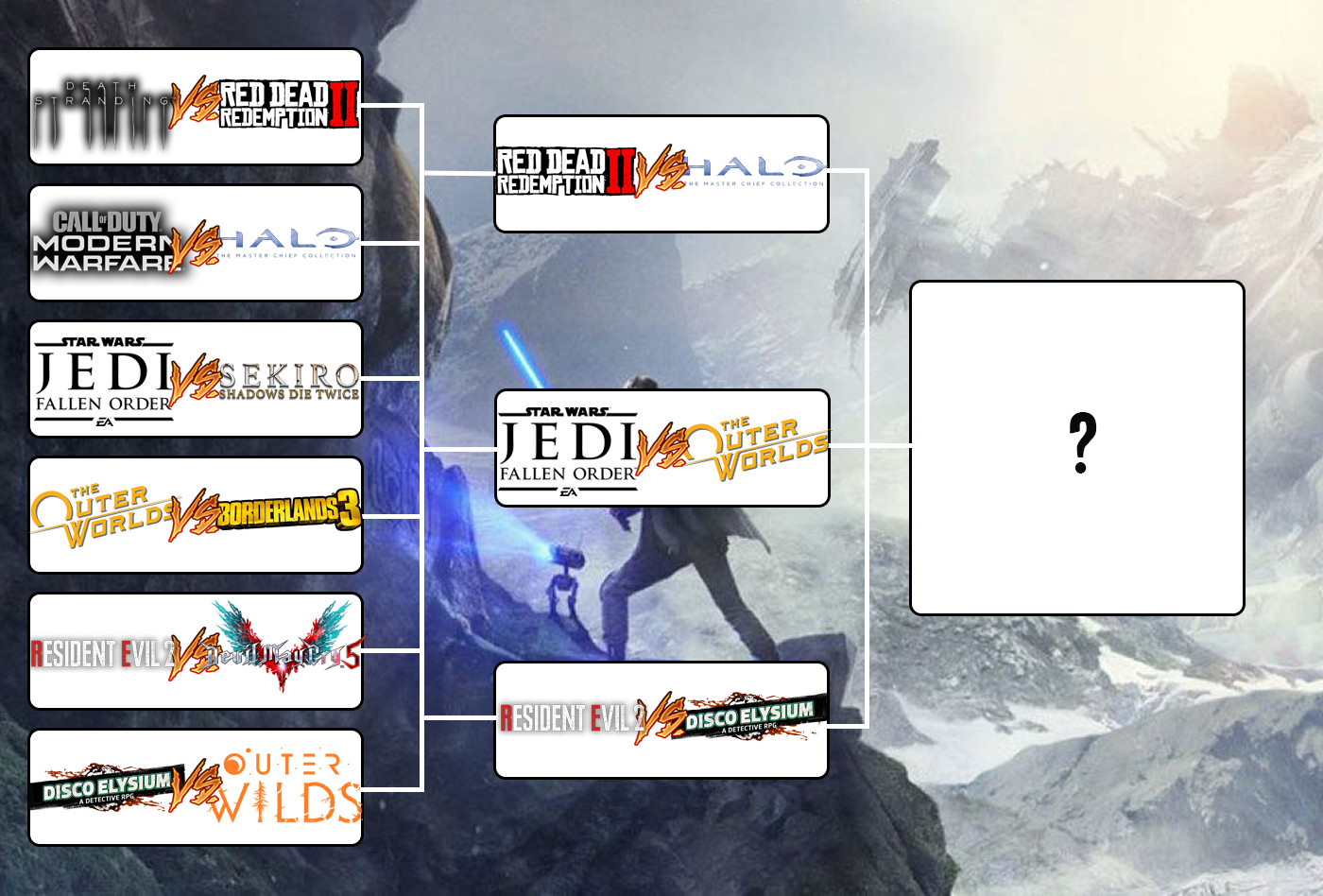 Get voting below for your winner, and remember to check back tomorrow for the Grand Final of the 12 Games of Christmas, where the winner of this will join Red Dead Redemption 2 and Star Wars: Jedi Fallen Order.

I already voted hours ago. My vote was RE2, without a second thought.

I absolutely stand by it too.

Here it will be pretty much RE2, Disco Elysium is great, but it also is new franchise. Still, both are fun and definitely games to recommend. Still in times where AAA is not innovating and prioritizing profits over all, we really need games like Disco Elysium to bring in something different. Though it is by all means not only game in doing this, Outer Wilds and Outer Worlds also fit in.

exactly, but it will still generate clicks and thus revenue via the ads