Things are feeling decidedly festive in the Wild West. Snowfall has begun to hit Red Dead Redemption 2's Red Dead Online, blanketing the area in the first few inches of snow. The weather’s only going to get harsher from here on out as well, with heavier snowfall coming as we head deeper into the holidays. I’d best get my Superior Stew ready back at camp, it’s gonna be a frosty one.

I had a little stroll around Valentine yesterday evening and the snow was yet to start falling but the festive vibes were already in the air. Christmas lights were starting to be strung out across the towns, the camp had a Christmas tree and presents instead of the usual lock box, and the various bands and musicians are playing holiday ditties.

Things should be getting a whole lot snowier from here on out though. There are all sorts of goodies going on as well for those who can find the time for some Red Dead Online during the holiday season. A whole bunch Showdown Modes are now playable in snowy variants, including Spoils of War, Up in Smoke, Overrun, Gun Rush, Make it Count and Last Stand. 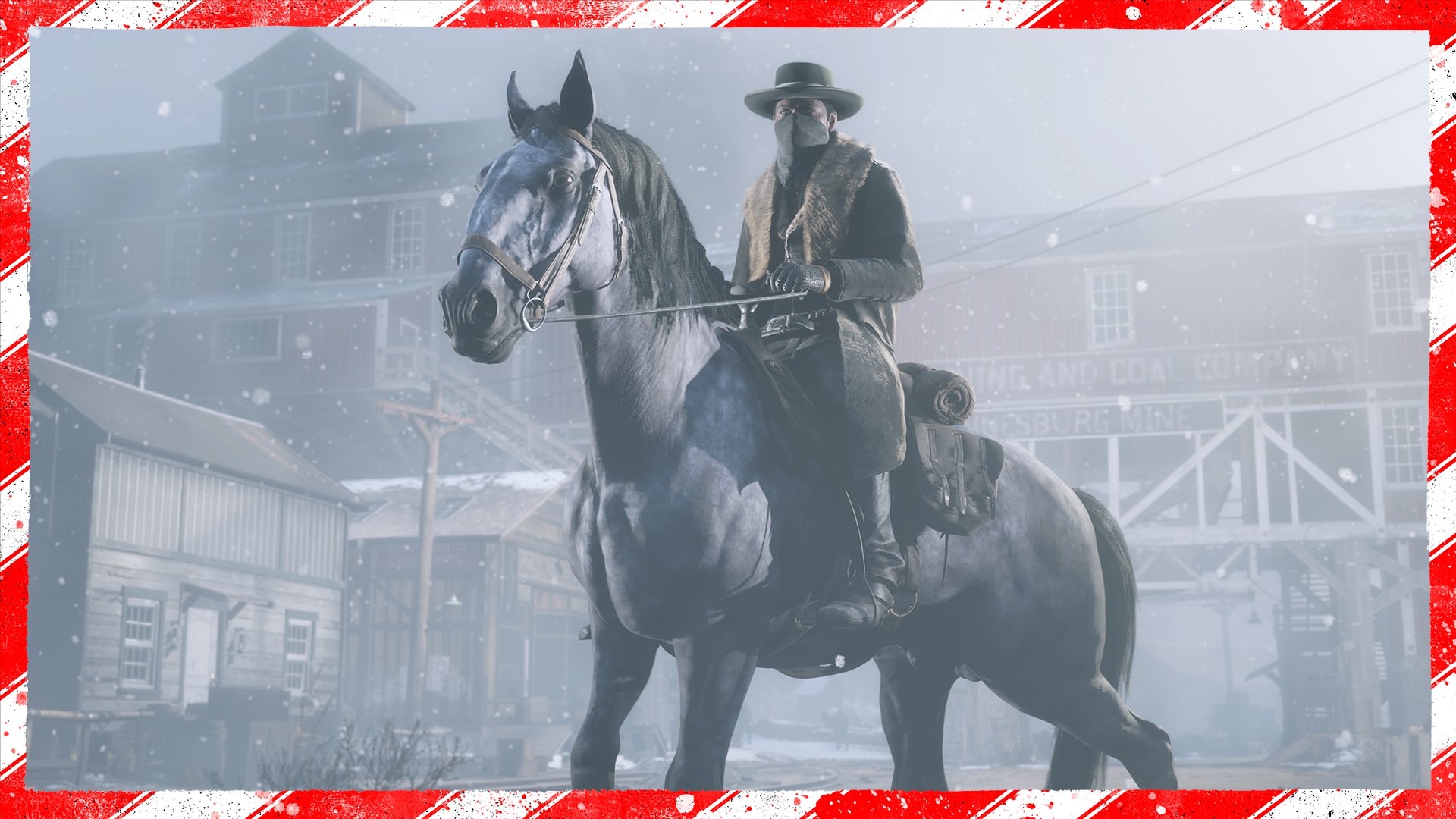 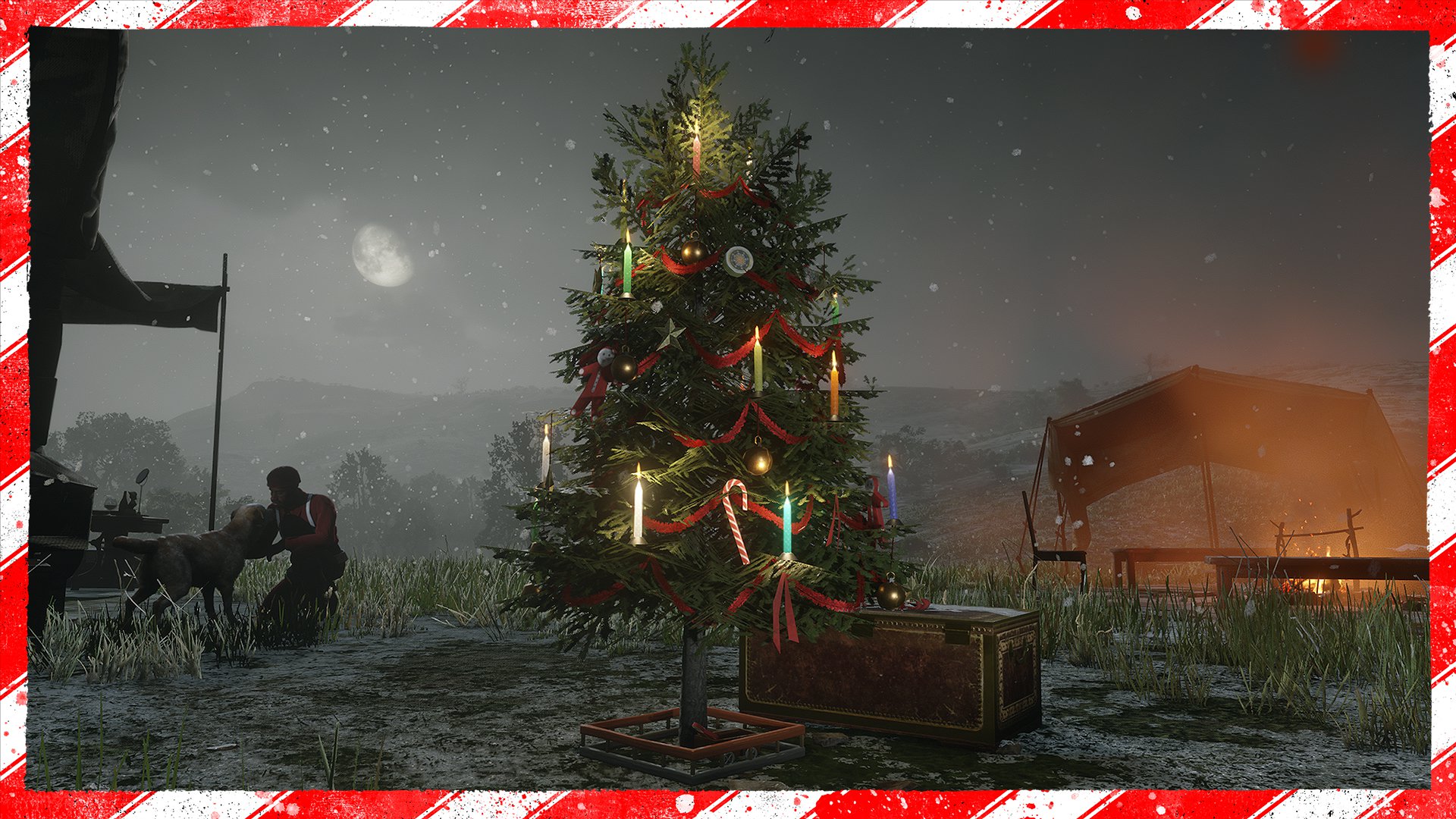 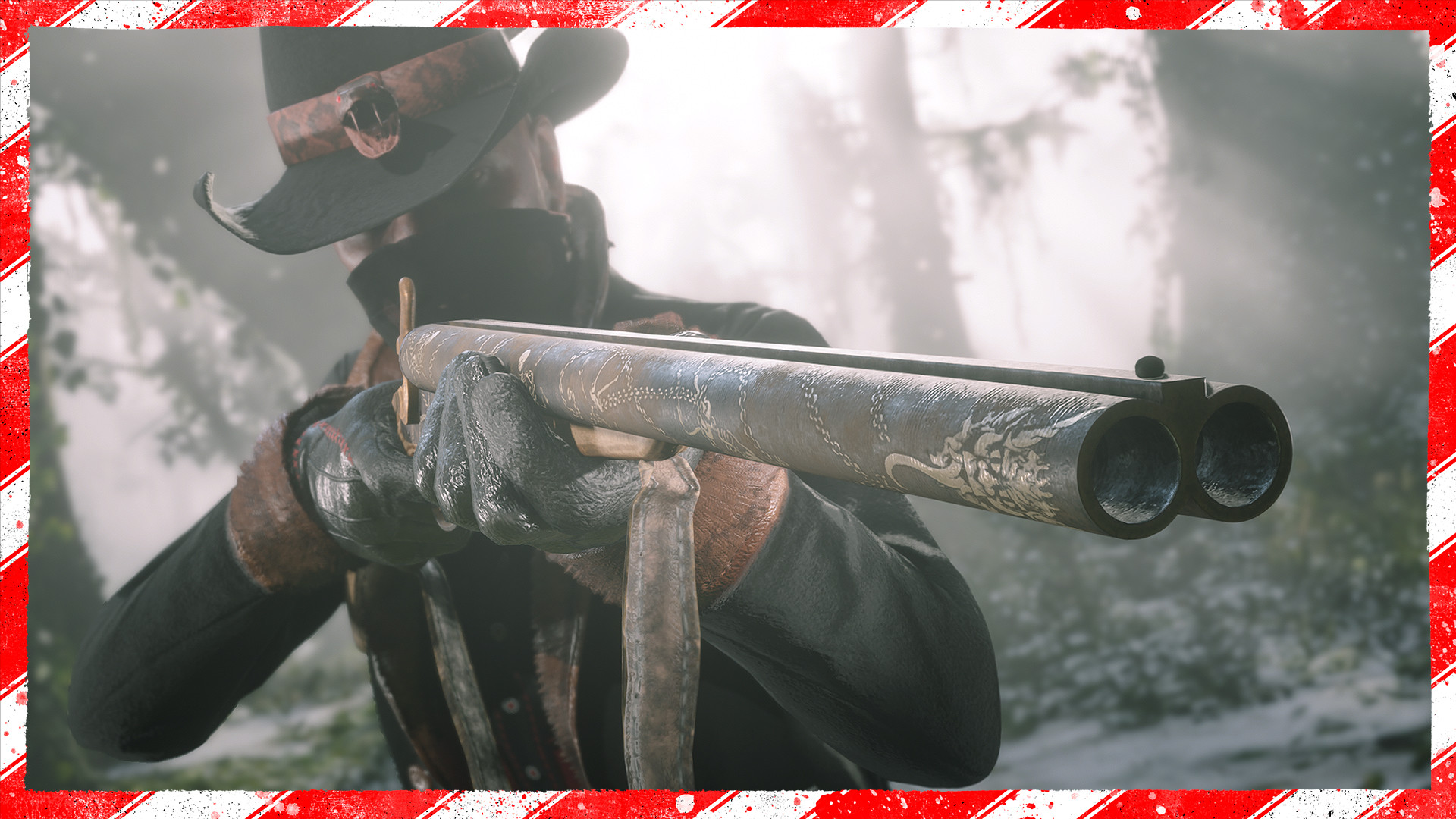 Anyone who gets online between December 23rd-25th will also receive a special gift chest which includes the following items:

In addition to this, playing Red Dead Online at any point between December 13th and January 6th will get you the following:

And lastly, anyone who plays RDR from December 31st to January 6th will be giving 1000XP rewards in each of the Frontier Pursuits - Moonshiner, Bounty Hunter, Trader and Collector.

I’ve got my eye on that Krampus shotgun so I may well have to squeeze online on Christmas Eve just to nab the goodies, while I’m hoping the snow hangs around for a while so I can, you know, actually have time to experience it.

So where exactly do we collect the shotgun?

As much as I tried, I can't get into RDR online