What Are You Playing This Weekend - January 2020 Edition

I don’t know if you’ve taken a quick glance at the upcoming games for Q1 2020 but it makes for dire reading, it really does. Ori 2 and Doom Eternal really cannot get here quick enough, we’re starving out here. It does mean it’s a great time to get stuck into that backlog though, while gaming droughts are also a fine example of the strength of all-you-can-eat subscription services like Xbox Game Pass, Humble Choice and Origin Premiere. There may be no big games of note releasing any time soon but there are literally hundreds at our fingertips.

Jon - I’ve been trawling through all the goodies on Xbox Game Pass these last few weeks. It’s a great way to dig out some gems or catch up on games that passed me by at the time. Just recently I’ve finished Minit, Untitled Goose Game, My Friend Pedro and the big one - Frostpunk. It’s a near perfect strategy management game which does that incredibly rare thing in games of ending at its peak rather than dragging on for hours past its welcome. I just wish more games would do that but it seems there are enough folks who prioritise gameplay length as the dominating factor of value for money for it to be a very rare treat. Frostpunk is certainly a game that’ll stick with me though, despite being just 10-12 hours or so long. Now I’ve just got to scrub the stench of fascism off me - ruling with an iron first does come with its downsides.

Next on the platter is Slay the Spire, which I’d only heard good things about. A roguelike deck builder absolutely didn’t sound like my cup of tea but I settled in for my first couple of runs during the week and loved what I played. It’s snappy, bite-sized, and has just the right balance between RNG and predictability that allows you to steer a run in the right direction. I made it to the Act 3 boss on my second run so I’m planning to head back in to Slay the Spire this weekend with a fine assortment of biscuits and see just how much further I can get.

Felix - I jumped onto the Uplay+ monthly subscription to get playing Ubisoft’s Anno 1800 game. I figured I would want to play it for a month and then be done. Anno is normally £50/$60 on the Ubisoft store to own outright. I am not fussed about ownership of the game so instead I decided to just pay £15 for the month and rinse the game out until I was done and then cancel the subscription. Of course this is exactly what they want you to do, were I then to allow the sub to roll over into another month. So I'll let you know how it goes and if I manage to cancel. I did the same with Star Wars: Jedi - Fallen Order with EA's subscription service and was happy I did so, as it results in me getting to play a brand new big release for a fraction of the release price.

This type of approach suits me as I play most games once, and only for a few weeks until bored or done. I very rarely return to the game once I'm done. Obviously a lot of fellow gamers don't operate like that and would rather spend the full price on a title to own it, so that they can play it again and again and rinse out all of the content it has to offer. I like that there are new purchase options like this from the big players. Now, if only Steam would do an all-you-can-eat subscription service.

Anno 1800? Oh yeah, its a lot of fun. Tonnes of content and plenty to get your head around. Definitely give it a go if you have an interest in management games like the Tropico series and Cities: Skylines.

So that's us, it's over to you now, what are your gaming plans for the weekend? Let us know below!

Have not played today at all I hope i pickup a game tomorrow. Also what to pick if you have so many games?

Lot of Witcher people here Might i gonna also play the game.

First time on my new computer then.

Witcher 3
I'm about to finish HoS and dive into B&W.
I forgot just how good this game is.

Broken record here, but Apex and Witcher 3 are still my go-to games.

If don't mind light stealth please give "A Plague Tale Innocence" a try. You won't regret it.

A Plague Tale Innocence, before that sekiro but NG+2 was where I decided to stop because college...

I finally bought a game off of the EGS in Shenmue 3. The perfect game to relax to, I've been playing it for a few days now.

Recently started Vampyr, seems rather interesting, although there are way too many dialogues. Also thinking about whether to try out Dragon Age: Inquisition, but I guess it'll require quite a lot of time to finish, or to start 2nd Witcher 3 playthrough on NG+. Idk we'll see. 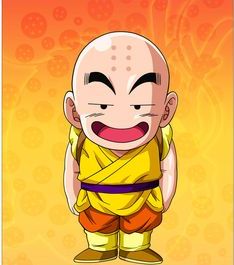 I’m playing Nioh for like the 30th time :D

A true man of culture i see

Yeah I’m addicted to Nioh it’s a problem :/ lol I’ve got platinum and yet I continue!!

I'll play The Division 2 on PC if the game is not crashing on start up. Also I'm watch dota 2 tournament right now.