Blizzard downgrades Warcraft 3 Reforged remaster and fans are not happy

Grab your popcorn, we haven't had a downgrade controversy in a long while. Warcraft 3: Reforged was released on Tuesday, and already fans are unhappy with the new remaster. Many are complaining the game has been downgraded from what Blizzard initially promised back in 2018.

At BlizzCon, Blizzard announced the new game would have “Visuals built from the ground up”, including “over 4 hours of reforged cutscenes”. Yet compared to the original footage from BlizzCon 2018, the newest remaster has taken a notable step back from what was originally announced.

Reddit user Macismyname made a handy comparison video, check it out to see the changes made for yourself:

As you can see, the entire camerawork has been scrapped in favour of more traditional camera angles like MMOs. Even the trailer on the official Warcraft 3: Reforged page shows the once-promised enhanced cinematics and animations, but the newest version is a far cry from what was shown before.

Not only that but players have also been complaining about poor performance, shaky online connectivity and a lack of support for custom maps and modes. Worst of all, if you don’t like the new changes and want to go back to the way it once was, unfortunately the online infrastructure has been updated for both the new and old games, meaning you're going to run into the exact same problems.

At the moment, Blizzard really doesn't have a bank of good will to fall back on. When a prominent developer puts a foot wrong, they can usually point toward a whole load of other things they did right. Blizzard cannot do that right now. The Blitzchung/China furore is still fresh, Diablo Immortal for mobiles is still inbound, and most of its core founders have now left. Blizzard is in a position where it needs to win back fans, not alienate more of them. A remaster of an 18-year-old game seems like a fairly straightforward process for a studio of Blizzard's size and stature. To see corners cut like this is a notable disappointment.

If they moved to a brand new engine, maybe this wouldn't had happened, they're trying to squeeze as much as they can from that old engine, but it just can't happen, every engine has limitations. I know that the Warcraft III community is big, but if we wanted true next gen game they should've moved to a brand new engine and made Warcraft IV, Now that WC3: Reforged is in this state you've just ruined it entirely. 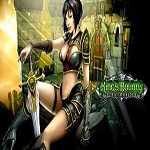 At this point i dont think a lot of people want to pay for it when we already have dota2 for free+blizzard kinda suck lately, i myself as dota player that play the game since u can buy aegis from shop, on my right mind wouldn't even toss a single coin at blizzard at this point, i already deleted my entire blizzard acc.

Also another thing I heard of was that they changed license agreement in way that would prevent custom maps to spring out and create new games, like happened with DotA, something about Blizzard owning rights to all community created maps... in any case, I am actually glad I didn't buy it. It really feels disappointing remaster after Starcraft. But that is Activision Blizzard for you,...

Wasn't the new cutscenes plans changed ages ago after the same community was outraged that Blizzard was going to re-record the audio for them?

Versus connectivity issues are definitely an issue though. Same thing happened with StarCraft:Remastered, you'd think they would figure that out by now, regardless of the engine age.

They planned to retcon some lore to fit better with WoW which would need rerecording the dialogues with new voice actors, but the community didn't want different voices and wanted the story to remain the same. That said, I don't see why Blizzard still couldn't, or wouldn't, remake cutscenes as they showed in their 2018 as they already have everything they need.
It feels like they had much larger plans but they were scaled down drastically until the release.

they retconned some of it, in the human campaign and the undead campaign. IDK if you've played the game so I won't spoil.

That 2018 cut-scene actually uses the different voice actors too.

The timing of this video and coronavirus tho

I refunded the game, but didn't uninstall it and I can play the campaign offline which is nice. Just finished the first Human Campaign on Hard without cheats and besides The Culling, everything's almost exactly the same. In the second mission some trees have been removed to grant faster access to some creeps, consumables now stack (5 max per slot, really like this feature) and the Captains now all have names, orbs grant ranged attack like in TFC. A shame the game stutters and the framerate isn't consistent, frequent drops out of the blue(latest drivers). I really hope they'll fix the game so I can buy it again, but I don't think so.

there are more changes in the Undead campaign, the 5th mission where you revive Kel'Thuzad is on a brand new map, so is the Siege of Dalaran mission.
The orcs have changes too, but not so drastic. No idea about the night elfs though. And they included the extra 3 missions in the Porlogue Exodus of the Horde that were from the demo for a total of five missions, really cool imo.

Yeah I played those 3 prologue missions lots of times in the old Warcraft and wondered why they didn't include them in the campaign. Last year I found out there is a version with audio on the Internet and I had to download it and finish the whole game all over again. Not including that cutscene from The Culling was a damn insult, I mean it was already completed, but they cut it from the game. This Reforge could have revived the game big time, but they failed spectacularly, I wouldn't be surprised if they just abandoned the game after a couple patches.

well depends on how well it sells.

in 2018 they probably planned to go mobile with the game, but they could not, so this is the result of a downgrade that was later reupgraded, but in the process lost a lot.

About " but is an RTS, who care about the graphic" one word one answer HOMEWORLD

Just becaues there is an RTS with higher than usual graphics quality, doesn't mean that graphics in a RTS really matter or any other game for that matter. More advanced Graphics make things worse and don't improve the quality of the gameplay and mechanics at all, nor the level design, if anything the make them worse due to constraints in performance and more time for animations.
Graphics already take 90% of the development budget of AAA games, chances are that with next gen consoles that figure will rise to 99% and AAA games will cost 150-400 million dollars, compared to 75-250 million right now.

That's definitely not the case. There's barely anything changed in the UI design which makes it completely unfit for mobile, and it'd be hardly possible to port it well

Yup, they are still using WC3's engine so it's basically impossible to port it to mobile, it has 0 ARM support. They'd have to rewrite the whole thing.

The downgrade is minimal in my opinion. Not a big deal at all to me.

I really like the changes to the campaign too and in general, but I don't feel like purchasing the game until it's 100% fixed.

many great changes in the campaign missions, future patches will be in reforged and not the original.

but did campaign missions really need a changes?

I'd say yes, the previous ones weren't bad, they were good, but the new ones are much better and are now following the cannon 100%.

Again people complaining about graphics and this time in an RTS game... -_-
Also I'm pretty sure this is false advertising, but nobody seems to care about that.

This is completely different scenario to the release date discussion lol. Now we're dealing with a direct advertisement on the store page showing a trailer that's two years old and not representative of the game as it is now, along with the option to 'Buy Now'.

But, as ever, the devil is in the detail. In the trailer it says "Work in Progress - Art and Effects Not Final", so that basically covers it, sadly.

Of course... damn. Well no matter, nobody would do anything anyway, unless it's really severe.

True, but if people really cared about bad products and bad business practices, paid DLC and micro-transactions and loot boxes wouldn't exist right now at all.

If they moved to a brand new engine, maybe this wouldn't had happened, they're trying to squeeze as much as they can from that old engine, but it just can't happen, every engine has limitations. I know that the Warcraft III community is big, but if we wanted true next gen game they should've moved to a brand new engine and made Warcraft IV, Now that WC3: Reforged is in this state you've just ruined it entirely. 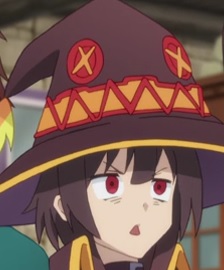 3 years to be precise.