Up For Debate - What's a game you love that everyone else hates?

We’re all individuals at the end of the day, and there will be times where we fall head over heels for a game only to discover that everyone else has inexplicably thrown it on the trash heap.

To be honest, the biggest one right now for me is probably Battlefield V. I’ve been playing this series year in, year out since 2002 and I believe that for all its flaws, Battlefield 5 is the strongest game in the series for a long while. It definitely feels I’m alone in that now, even after the strong launch of the Pacific content. Breakthrough on Iwo Jima is one of the finest Battlefield experiences in history, so it’s just a shame so many are missing out on it. I had a similar experience with Rainbow Six: Siege for the first year after launch but Ubisoft managed to turn that ship around in fantastic fashion.

Any time there’s a mention of BFV, the scathing comments swiftly follow. I can only assume a ton of people have never even played because I honestly cannot see how it’s not a great time for BF1942/Battlefield 3 fans. But, every so often I do brave the Battlefield V subreddit and even among the hardcore there is a significant amount of vitriol, usually targeted at DICE for nerfing their favourite gun, or something to that effect. But that’s kind of Reddit in a nutshell, I guess.

I would also say Fortnite but vociferous hate aside, that’s pretty much the most popular game on the planet so it hardly qualifies, although I’ll leave it to you to decide.

Over to you then, are there any games which have become a firm favourite of yours but everyone else hates? Let us know below!

The Shin Megami Tensei series...well it’s not really liked all that much in the west

Dragon age 2,even if it had a much lower scale than the original,the story and characters and gameplay we re really good

Oh, DA2 is my favorite! Screw the haters, though almost all their points are valid.

I quite liked Rage as well, although it had flaws.

People hated for honor due to the micro transactions and lack of content in the beginning and for not being on steam...

I love MA: Andromeda, Anthem i liked even though it got borring in times and also the Divison 2 which i really like.

Superman Returns on the Xbox 360 :)
I still play this game to this day.

racoon city. . .
CANT TOP THAT lol
why yall hate that one ?

Yeah, the first game was average, the second game was worse, but I like them cuz of the source material and the gameplay is somewhat fun.

I loved fallout 4, even more than new vegas

Me, it's legit one the worst games ever

Above is your answer @Psychoman :)

Yeah xd
I like postal 2 unironically though, it's dumb fun. Outdated gameplay and mechanics, but still, I played it as a kid when it came out and I had a blast.
Funny thing is back then I didn't realize I was pissing on people, I thought it was some fire fluid, cuz it made people flammable, similar to the gasoline tank. 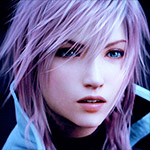 Call of Duty MW 2019, i love it. And why i wrote this game? Well people complain how that's just another call of duty without realizing that is what they asked for,boots on the ground completely with a campaign unlike the crapy black ops 4. And also a bit slower pace of game,which doesn't sit well with most of the people. I find it refreshing the way the gameplay is, especialy with the gunsmith system mixed with all of that

EA Star Wars Battlefront 2015. I have played it for 750 hours. For me much better that second one.

Those games are/were wonderful, I can't wait for a 3rd.