UPDATE: Square Enix and People Can Fly have unleashed the first gameplay from Outriders, meaning the first ever footage from a confirmed next-gen console title. Outriders is coming to PC, PS5, PS4, Xbox Series X and Xbox One later this year.

Outriders looks to be a fairly traditional 1-3 player co-op RPG shooter set in a grim sci-fi universe in which nearly all technology has been destroyed. Players design their own Outrider and head out into what appears to a mighty unfriendly world, complete with slums, forests, mountains and deserts to explore. There are also hub towns where players can enjoy some down time, pick up quests and give their weapons the polishing of a lifetime.

I have to say, it's not quite how I envisioned our first look at gameplay from a PlayStation 5 title. Outriders isn't the sort of game which necessarily screams next-gen. I'd sooner guess it was a last-gen Square Enix title.

Still, there's no use getting hung up on the visuals, what about the game itself? Well, it looks as if we're dealing with a textbook third-person looter shooter. It's Destiny meets The Division, complete with unique skill abilities, loot drops and escalating world tiers.

Actually identifying what Outriders does that hasn't been done before it's like trying to attempt the world's hardest Where's Wally while sniffing onions. That is to say, Outriders looks phenomenally by-the-numbers. That's not to say it won't be a whole lot of fun, but it certainly doesn't appear to be offering much to tempt in those who aren't already die-hard looter shooter fans.

Godfall is no longer alone - we now have another next-gen game on our hands. Outriders, the mysterious new title from People Can Fly, the studio behind Bulletstorm and Gears of War: Judgment, is now coming to next-gen consoles, publisher Square Enix has confirmed.

Initially revealed at E3 last year, People Can Fly is having a re-reveal of sorts, this time actually providing a concrete look at the co-op action RPG, along with the first gameplay details. Originally announced for PC, PS4 and Xbox One, Outriders will now also be coming in holiday 2020 to the PlayStation 5 and Xbox Series X.

My Google image search tells me this is not to do with Outriders, some sort of Marvel cinematic universe villain. I'm a bit confused at this point, I won't lie, but I believe Outriders is not related whatsoever to Marvel.

“It’s incredibly exciting to finally reveal what we have been working on for the last four years,” said Bartek Kmita, game director at People Can Fly. “Outriders is our first game since leaving Epic Games, and has grown from an idea of the game we always wanted to make, to the most ambitious project People Can Fly has ever undertaken”.

Outriders is set in an original sci-fi universe, one in which everything has, unsurprisingly, gone to shit. Players can create their own Outrider and head out into a harsh, unforgiving planet, either solo or cooperatively with up to two other players.

There seems to be a bit of Gears of War to proceedings here, possibly smashed up with a bit of looter shooter action. We’re looking at some wacky weaponry and plenty of special powers to get to grips with.

A proper gameplay reveal for Outriders will be coming this Thursday, February 13th, at 8pm GMT. You can watch the reveal stream for yourself over on Square Enix’s official Twitch channel, although we’ll update this article with the footage just as soon as it goes live.

Pc is already next - gen.

Actually AMD, Intel's and Nvidia's hardware is 8-12 years behind in progress. Take whatever you will from it, but ARM will soon surpass them in performance.

Wait! What about Bulletstorm 2?

I swear, the bearded guy in front looks just like Hugo Weaving.

What i meant was, this looks like another anthem and similar cash grabs. 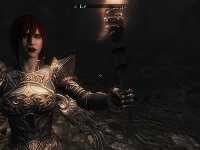 but another fps is not really interesting

but the trailer was good to be fair lol

We didn't know it was TPS until they revealed gameplay.

No idea what this is but the trailer looks...cool?