The British games studio made its name with the Burnout franchise (although I will never forget you, TrickStyle), before briefly dabbling with Need For Speed during its Hot Pursuit and Most Wanted heyday. For whatever reason, EA then decided one of the most talented racing games in the world would better suited making Star Wars: Battlefront single-player content. Thankfully, EA has now seen the light.

As for the current Need For Speed developer, Ghost Games, this studio is being rebranded as EA Gothenburg once again. Need For Speed Heat will have been its final NFS title. It’ll now be a games engineering hub which will weigh in on other projects and game engine development. Many of the Ghost Games creative staff should be transferred over to Criterion, although around 30 jobs are at risk.

"The engineering expertise in our Gothenburg team, some of whom are architects of the Frostbite engine, is vital to a number of our ongoing projects, and they would remain in that location,” EA told GI.biz.

To be honest, the trials and tribulations of the Need For Speed series has actually getting a tiny bit tedious for a while now. NFS hasn’t been at its peak for the best part of a decade now, and we’d be more inclined to see Criterion work on an all-new Burnout rather than Need For Speed. Still, there’s some serious pedigree there and we wouldn’t mind seeing Need For Speed push even further into the arcade-like action of the Burnout franchise.

Could this be the breath of fresh air the Need For Speed franchise sorely needs?

Haven't really liked any NFS game since Carbon. Would also much rather take a new Burnout game. 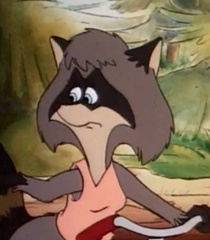 Why do people never realize that studios are just names and nothing more? Most of the old devs from Criterion either left EA a long time ago or were shifted to other studios.

Am i the only one who thinks Most Wanted 2s handling horrible? I mean, its just really tough for me to race without crashing. I crashed playing paradise from time to time, but this. The cars steer feels so awkard! Unless i'm proved wrong, this decision doesn't feel right to me. What of black box? The guys behind the original Most Wanted.

That part of the steering was bad, i hated that too, like in almost every drift i crashed. It really was annoying.

NFS Shift was awesome,with a steering wheel. The old Most Wanted was amazing,cause of the Blacklist and the heat system.Underground 2 was pure art with it's customization and fun factor. If they can make any of these 3 styled games again,with better graphics and a good gameplay,i'm good.But the last 4-5 NFS games were....meh...to say so.

Forza Horizon has destroyed NFS series, no chance to bring NFS back unless it's gonna be Underground 3,
they'd better make new franchise, or eventually new Burnout game, Burnout Paradise was awesome back then

I played it not long time ago, disappointed the game can't do 100fps :/

You're always welcome Criterion Games, i really loved Hot Pursuit(2010) and Most Wanted(2012) no matter what the driving physics were. I'm being honest, i really loved those games. We're looking forward to your future NFS Projects :).

Hot Pursuit 2010 was great,still playing it from time to time,but Most Wanted and Rivals were a big miss for me.

Finally, been waiting for them to return developing NFS as GhostGames failed 3 times

Haven't really liked any NFS game since Carbon. Would also much rather take a new Burnout game.

Hot pursuit 2010 was the last nfs that i bought (disk version), after that it was like they kept trying new things and failing, i liked Rivals but the 30fps was a huge nope to me, yes there was a 60fps fix but that has issues with some races too, i hope they make something great

So Ghost games didn't do a great job.

10 year's ago NFS Hot Pursuit went back to the basics and made one of the best arcade racers of all time, literally my most played game till date I'm ready to retire it so long as you bring back the same magic of that Masterpiece +Ferrari's