Tomb Raider to Have Regenerating Health

In a Twitter question-and-answer session, the devs for the eagerly-anticipated new Tomb Raider game have let a few new details drift out into the open.

There will be no health kits in the new game. Lara’s health will regenerate in the trendy ‘regenerating over time’ way that most shooters have adopted. But that’s not all…

Lara will also not be able to swim. We think. The wording of the tweet is a little confusing (“Lara can swim, but just not in this game”), but either Lara will not be able to swim or, perhaps more likely, there will be no water deep enough for her to swim in.

The game’s length has been announced as well, at about 12-15 hours’ worth of play. Not too shabby for a single-player campaign if it’s compared to a few other games we won’t mention.

Are you excited for Lara? Has the new direction got you sat up and taking notice, or sucking your teeth sceptically? Tell us by writing your comments in enormous letters on the beach of a desert island. Or, alternatively, just tell us in the comments box.

The game just got a whole lot easier. Regenerating health -.- That's OK, but it would've been more difficult if we could find health packs and all. After all, in survival, if you fall 24 feet off a cliff and break your legs, your bones wouldn't be able to mend back together in completely normal shape. But I'm not against it. Or for it.

Drake from Uncharted sure changed his look 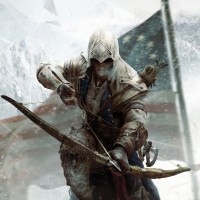 When i watch the trailers,i thought this newly reboot Tomb Raider will be a survivor game, where you can hunt animals with your bow and eat it to regain health and any other survivor stuff.
Is this game going to be free-roam at least?

When u have less health, u play very seriously, putting ur 100% concentration in the game, eager to kill the monsters and looking everywhere for health kits..........and now if have regenerating health, u will wait and have coffee till she gets her full health back....Now that's neither realistic nor fun...........No immersing in the game, no fun
And no swimming? She is damn damn hot when she is wet :-) Ohhhh those sexy thighs.....I hope her face is not changed.....she looks very good
But I think, the gameplay would be adjusted such that u won't regenerate health so easily, may be u will have lot of continuous action or monsters attacks may poison you, reducing ur health rate, etc,etc...many possibilities
I think in the previous games, a big monster might have hit her head badly, so she forgot how to swim :-) =D 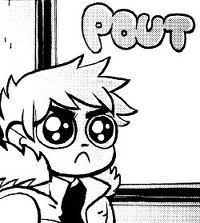 No swimming. And we've had tons of swimming in the last few games. Wow.

I'm not a Tomb Raider fan but I wanted to voice my opinion on regenerating health in gaming. Regenerating health has come about due to bad level design and pure laziness. Remember the days of Unreal or Quake where you had to go out of the way to find some health and armor shards? Whatever happened to that? Whatever happened to being low on health and planning out carefully your survival then thinking, "Wow, I just survived that?" Miss that.

And it's also an 'effort' (or rather, the lack of) to approach casual gamers who gets repelled to easily with the idea of having to watch for their own health. I've already hated this idea of a reboot, so meh.

You aren't a gamer if you can't watch your health, simple as that.

so.. they started out with this serious, gritty and realistic game where the main character was supposed to go through all these mental and physical challenges... and then at the end they slap a regenerating health on the top... -_-

So I just have to hide behind a box and let time heal my wounds. In Alan Wake, they nailed it by regenerating in the lights, but this time around, I wonder if it'll be as neatly planned. 15 hours of campaign? That doesn't sound like much though

And Queue everyone complaining about how "its not the same. oh, cant swim? terrible. obviously just another COD clone" BLAH BLAH BLAH

No swimming = No more exciting underwater exploration :( No health kits = No challenge for survival :( WHY!!!!!!!!

I feel your pain. If survival is supposed to be a major theme, the threat of struggling to make it on almost no health, desperately searching for medical supplies, would fit nicely into it, rather than the feeling of invulnerability you get with regenerating health. Perhaps there should be different settings, so we can choose how to play it?

Different settings would be nice :) I'm just hoping it wouldn't be too much of let down because I'm a huge Tomb Raider fan, the last Trilogy was awesome :)

swimming was so immense in Tomb Raider 1 & 2. . .Can you remember that 40 Fathoms level in 2!!? that was the scariest level I have ever played.
The chance of drowning really makes the game feel real.

i remember playing the orig on the ps1 :D i was scared to death with the game, and it would freeze every 30 mins haha :D