While Valve eventually forged its own path into VR hardware with the premium tier Valve Index headset, HTC is still very much set on doing its own thing. Three new members have joined the HTC Vive Cosmos family. Known as the Vive Cosmos Series, they join the already-launched Vive Cosmos and Vive Pro, introducing modular VR HMD setups.

To be honest, HTC’s announcement is mighty confusing until you actually delve into what it’s doing here. What we’re essentially looking at are modular faceplates for the Vive Cosmos. The faceplates, which include the actual display and tracking features, can be replaced, meaning you can upgrade to a higher quality unit further down the line simply by buying a new faceplate rather than a whole new headset.

All of the Vive Cosmos headsets feature an impressive 2880 x 1700 resolutionLCD display with a flip-top screen so you can hello to the real world whenever you need to. The base Vive Comos will set you back $699/£699.

“Our customers want an incredible VR experience and we are proud to announce a new family of products tailor-made for VR use-cases of all types,” said Yves Maître, CEO, HTC. “Vive Cosmos is truly the most versatile headset yet. From consumers just discovering VR for the first time to the demanding business user, Vive Cosmos offers stellar quality, comfort, and the ability to evolve VR and XR journeys over time – from changing faceplates to adding options like wireless.”

Each of the modular faceplates is tailor-made for specific VR use cases, all of which are geared toward premium PC-based VR systems: 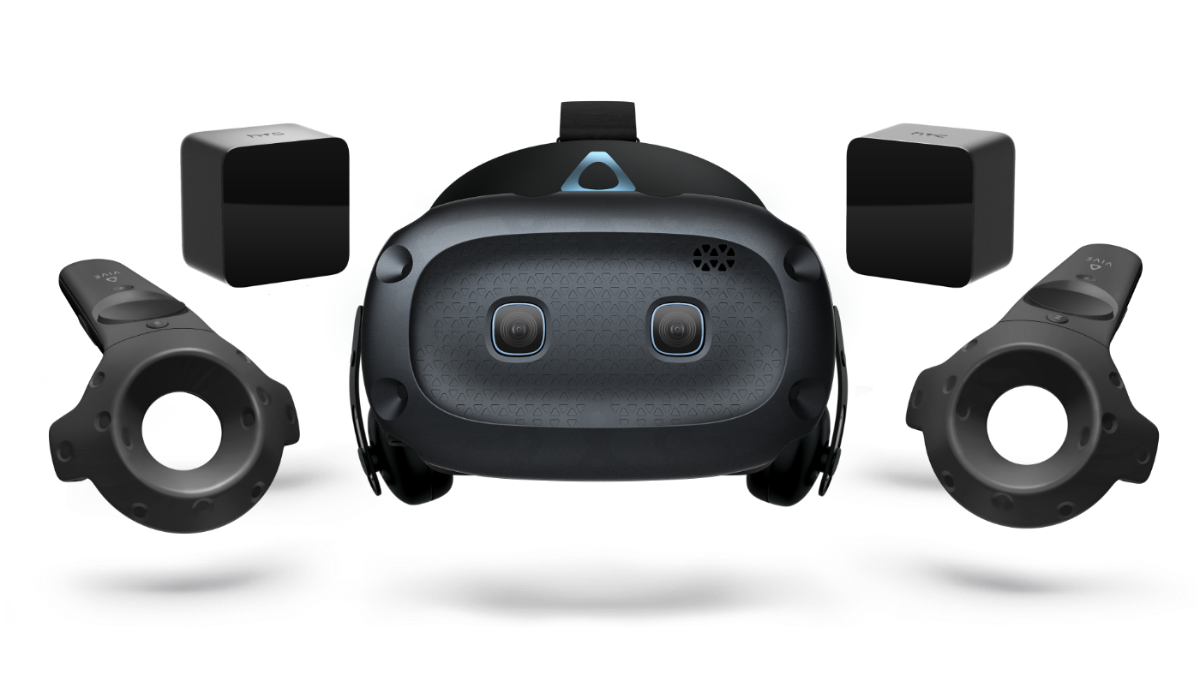 Vive Cosmos XR - The latest buzzword, XR, or eXtended reality, is an all encompassing term which refers to VR, AR (Augmented Reality) and MR (Mixed Reality). The Vive Cosmos XR features an XR passthrough which allows for a new-complete passthrough of your field of view into the VR display. It basically integrates real-world and virtual content onto a single display. There’s no pricing for this one just yet, although HTC is gearing it toward developers for now. 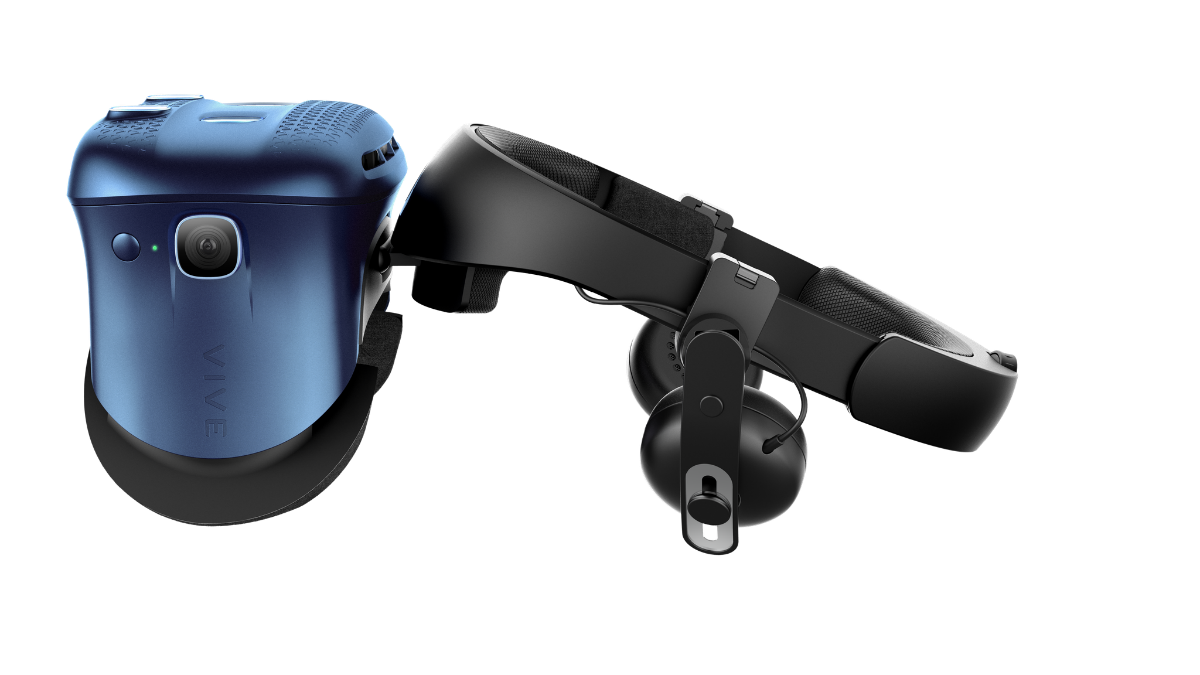 Vive Cosmos Play - The Play is the entry-level version designed for users new to VR. Vive Cosmos Play features 4-camera inside out tracking and is designed to be simple-to-use and more affordable than the other Vive Cosmos headsets. With just four cameras, the Cosmos Play is less accurately at detecting movement compared to the six-camera faceplate found on the Cosmos Elite and XR. Because of this, HTC recommends the Vive Cosmos Play for entry-level gaming experiences like A Fisherman’s Tale and Angry Birds VR: Isle of Pigs. HTC hasn’t offered pricing options for the Play just yet but it is touted as the ‘affordable’ choice. 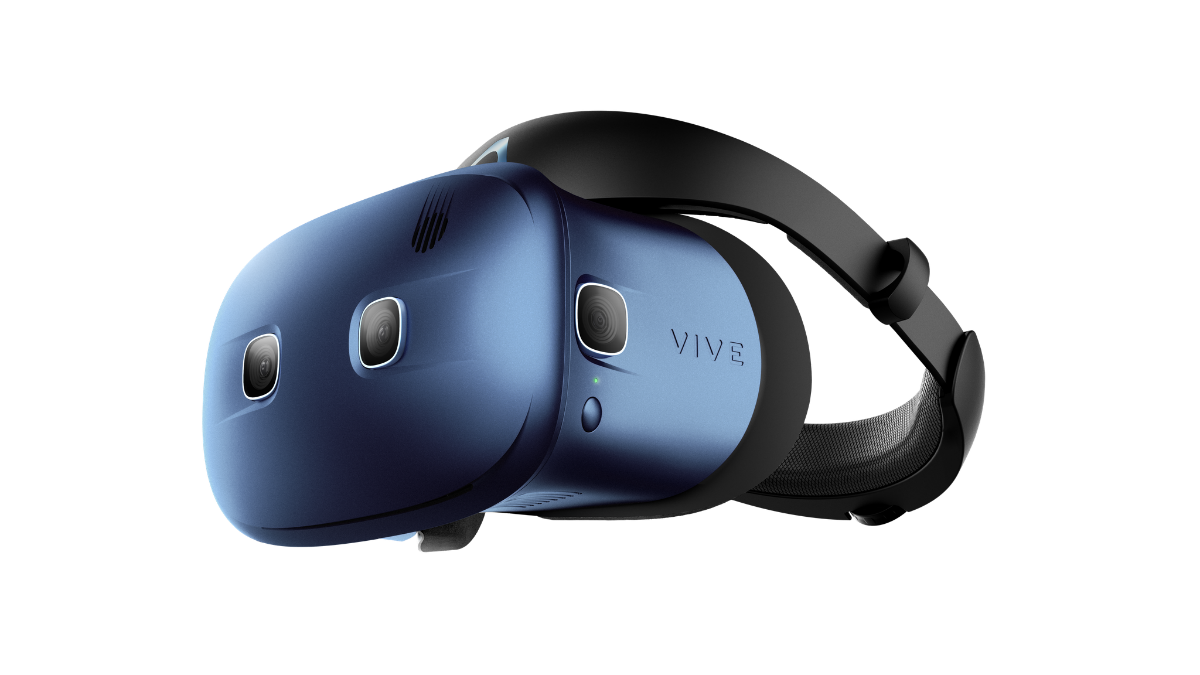 The Cosmos Play is probably the most interesting of the bunch, although it's fairly inconsequential without knowing the pricing. High-end VR tech is all well and good but appealing to the cheaper end of the market is a literal necessity for VR to grow in any significant way. Three different versions of a £700 VR headset probably isn't going to cut it at this stage, which is no doubt why you see Oculus take a different stance with the Oculus Rift S and the Oculus Quest.

So expensive and just 90hz?

You have xp with headsets that are 120hz?

Problem with VR is its still too expensive with the cheaper options causing nausea, headache and eye-watering strain. Unless VR can go to 4K OLED displays at an affordable price point, mainstream adoption will always be a challenge for VR Companies.

You're on the money with that one.

Have you tried to combine it with an omnidirectional treadmill?