What Are You Playing This Weekend - February 2020 Edition

Another weekend has arrived. 48 glorious hours stretching out before us, all ready to be filled with gaming delights. It probably hasn’t escaped your notice that we’ve been going through somewhat of a videogame drought lately, making it the perfect time to tackle that towering backlog of doom.

Jon - I think I’m just about to put up the finishing touches to a play-through of Final Fantasy XV, which came to PC Game Pass a couple of weeks ago. Pleasantly surprised, is how I’d sum up my feelings for this game. I think it’s a strong Final Fantasy title packed inside a world which has plenty of jaw-dropping visual sights. I’d always got the impression FFXV was a little underwhelming but I appreciated both what it did and its brevity. I’m currently weighing up whether to tackle the DLC expansions, which is a rarity for me.

Outside of this, I’m probably going to get stuck into some more Hunt: Showdown. I’ve waited a while to pick this one up but it ticks a whole lot of boxes for me. It’s got some of that nail-biting tension found in Siege, together with a sizeable helping of genuine horror. What’s amazing is how quickly a harmless match can descend into a shit-hitting-fan version of a Rube Goldberg machine. One minute you’re tinkling on a piano, the next you’re running away from a hive-lady into a pack of dogs, only to forget about that bear trap you put down, before being sniped in the head by a rival hunter. Hunt’s cruel, intense, unforgiving, and a fresh take on PvP that puts Crytek back

Felix - I was wondering what laptop gaming and mobile gaming might look like right now, to offer me a little more gaming on the move versatility. So I picked up Fire Emblems: Three Houses for the Switch. This tactical role playing title is heavy on text and fun when the combat comes along. Progressing your primary character and the other supporting characters as a game calendar moves forward. I feel like I have only just started the game and I am nearly 10 hours in as the story is evolving and I am “teaching” a bunch of NPCs how to be ace, like I am.

The Switch makes it easy to pick up and put down, should I have a spare 20 mins. Overall its perfect for gaming on the move. Who else enjoys this sort of experience portable approach to gaming (perhaps on a switch or maybe even on your phone or gaming laptop)?

Chad - Unfortunately I never played the Doom reboot back in 2016, for some reason it never really clicked with me. But with Doom Eternal coming out, I thought it looked pretty damn cool, so I recently decided to buy the first one and give it a shot. And oh boy am I glad I did now. Not only is it making me excited for the new instalment, I have now found a new soundtrack to listen to, though my neighbours aren’t at all too happy about that…

If I get the chance to I’ll also probably play a bit of Dead Cells, since the release of the latest DLC I’ve been getting back into it. I put way too many hours into that game trying to beat it, and I’m not even that good, but it’s suuuuper addicting… Come to think of it I spend way too much time playing roguelikes that I’m not good at.

So, what are your gaming plans for this weekend? Snagged any new bargains lately? Let us know below!

“Dam the power draw is that of a hoover, what electricity bills are we looking at with heavy gaming x...” - netikrax12 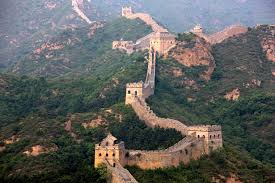 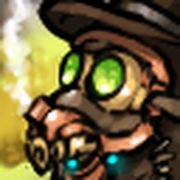 I was planning to dive into BF V but Electronic Arts did what they do best and ruined it. Even their support pages are down. Thanks EA

Basically if you see anything that has EA written on it, take very wide detour.

New patch will either be a nail in the coffin or a shot of adrenaline...lets hope it is fine.

My city has been hit by Coronavirus so I am pretty much isolated at home just playing games. RDR2 & Cod mw 24/7

Damn sorry to hear.
Hope the situation will be resolved soon.
Only advice I can give you is drink a lot of tea with lemon and honey.
Also add garlic to your meals if possible. Always helps me during the flu season.

I've nearly finished my 3rd playthrough of Witcher 3. I'm thinking of what to play next.

going through some backlog games while waiting for both " Ori and the will of the wisp " and " Doom eternal " , currently playing final fantasy XV and Catherine classic which i had alot of fun going through its entertaining story and just got the division 2 for 2.4$ "yep i used the 20% cupon on this one xD" but i'm not liking it as much as i thought i would as it felt like an expansion to the first game with downgraded graphics at best

Messing about with the old Game Boy, GBA and PSP.
Gonna mod the original Game Boy with a bivert chip + backlight so it's usable without needing the sun itself to shine onto the screen.

The GBA has an IPS display now, so that's neat, but I want to re-shell it with something nicer, swap out the spongy aftermarket buttons and add a nicer glass screen cover.

That sounds pretty cool. How did the GBA mod turn out?

At the moment I'm playing Digital Devil Saga for the PS2

endurance weekend with practice and all, till I go flat out in a Full 6 hour endurance race at Spa. Wish me luck cause i suck massively in Endurance due to my crap strategies but an F1 Race I can Easily handle

Half life 2 episode 2, first time playing half life seris and unfortunately this is last part.

Wolcen, now the patches have remove most of the bugs ive encountered end game is great.