New Rockstar artwork is a possible hint at a new game?

Rockstar recently updated some artwork on their homepage and it has sent the internet into a flurry of conspiracy theories and speculations. It could easily be an elaborate joke or troll by Rockstar, but it could also be a possible hint at one, or multiple, new games in development.

It seems to be a constant in the universe that we will all regularly speculate on upcoming Rockstar games, every few months we get a little tease of something that can spiral out into theories about sequels and brand new IP’s. Last year we heard that Rockstar was hiring an Animation Systems Programmer for a new open-world game in development, and earlier this year they were hiring a video editor for a new 60 second trailer.

All roads point to an announcement of a new game soon (Grand Theft Auto VI?), and now with new artwork on the homepage, the anticipation is clear.

Visiting the official Rockstar homepage, you will see a small tab in the top-left corner of the screen that will open a site navigation menu, but it’s what is behind that menu that has sparked all the new widespread hysteria: 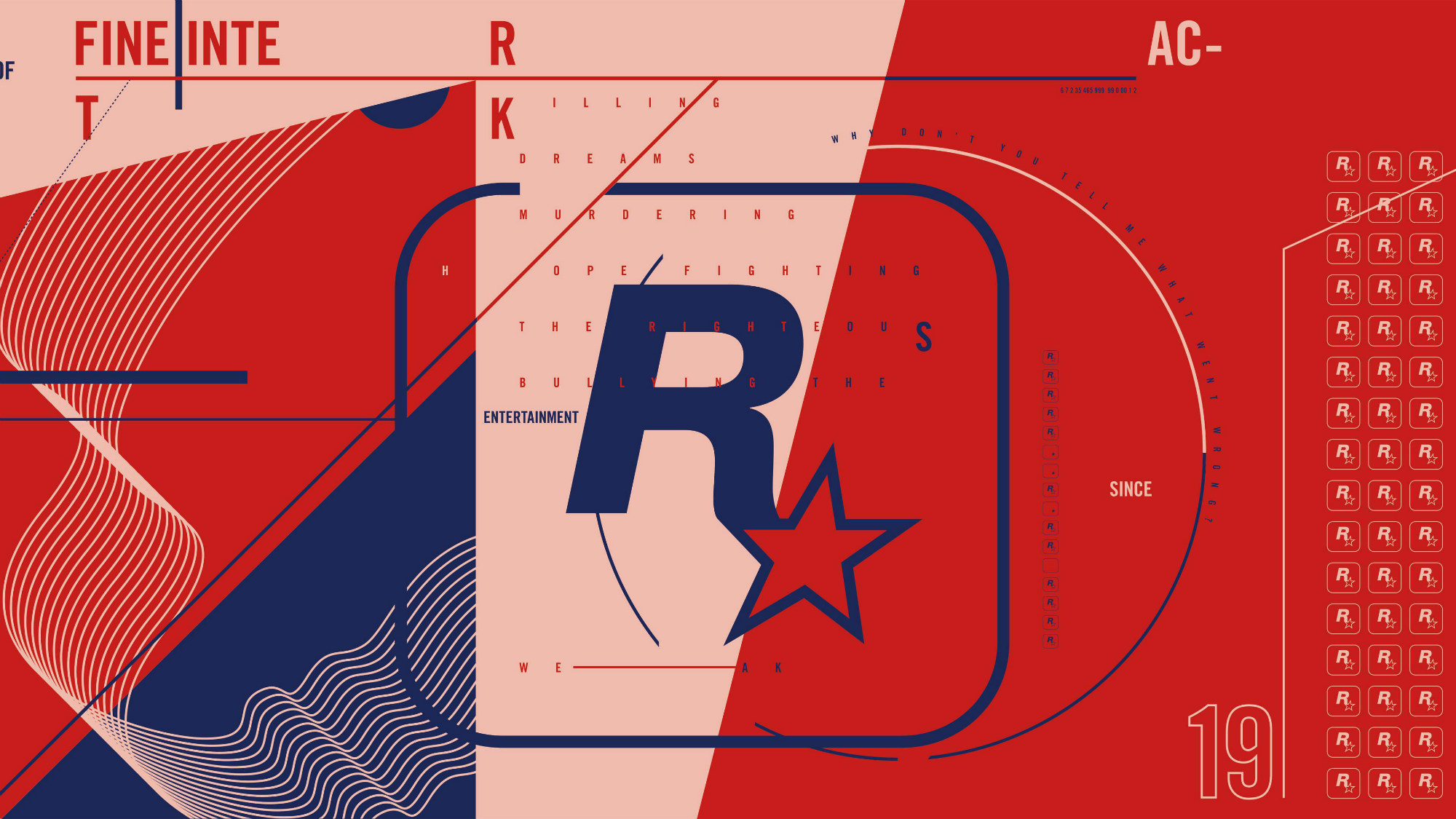 There’s a lot to dig in here, and what could be considered meticulous positioning of fragments of phrases and words and numbers and patterns could also just be an abstract new design inspired by modern pop art or minimalism… but it’s still fun to unpack everything and theorise because Rockstar is a big developer with some of the biggest AAA games out there, and a new GTA 6 or Bully 2 would be wholeheartedly welcomed.

First of all, the text in the middle reads:

“Bullying the weak” certainly brings to mind the Bully franchise, and “killing dreams” or “murdering hope” can easily hint at the American violence simulator Grand Theft Auto. Either that, or each line is just a reference to past games they have made in celebration.

There is a lot more to go in deep here, with some people online commenting on the number of white lines on the left-hand side correlating to GTA V somehow, or the number of Rockstar logos hidden throughout the image, or the strange, cryptic numbers that feel very much like hidden code that you would often find in ARG’s.

What do you think of the new artwork? Is it a possible hint at some new game(s)? Or do you think it’s just a harmless piece of artwork or even a joke? Let us know!

GTA 6 with a Rockstar Launcher?

God I hope you're kidding.

Hmm, my thoughts could be that this game is either bully 2 or possibly L.A. Noire 2 but instead of being a detective, you're a criminal which happens in 1948.

BULLYING THE WEAK Also could be read as "BULLYNG THE ENTERTAINMENT"

this just an imagery made by Rockstar, it might mean nothing, just as their site is full of artwork like this rn already, lets be patient and wait for some real leaks or teasers

"We know everybody is excited for a sequel since 1st Bully came out,so we're proud to announce,drum roll....Bully Mobile"

Even though wont happen,im kinda mad cause phones got so powerful,raising RAM&SSD prices for us and forcing game companys to make actual pay2win mobile exclusives based on well known franchises to please investors,since in theory mobile playerbase is bigger than PC,XB,NSW and PS combined.

I dont understand why some people start having GTA 6 Bully 2 orgasms whenever Rockstar even blinks...

Because these are the most popular and/or anticipated games made by Rockstar?