Half-Life: Alyx has been out for a few days, and whilst we've been busy doing some benchmarks recently to see how well you could run Half-Life: Alyx on your system, we decided to also look into the difference between the graphical fidelity settings, as we think there's something interesting going on there.

First of all, if you've read our Performance Benchmarks article then you'll already know this, but we tested the game using the original HTC Vive. Whilst this had the most significant impact on performance, I recently discovered that Valve has also implemented dynamic resolution scaling depending on the graphics card used. So, these screenshots may not be entirely representative of the overall quality you may experience in-game.

It is worth noting that in order to take these screenshots, I had to create a makeshift tower of books and dvd's, because otherwise we'd be looking at shots from the ground up which would frankly just be really ugly. But it was the only way I could get it stable enough for the headset not to move too much, but even after all that the Vive is incredibly sensitive to movement, so even walking across the room to hit F12 on the keyboard moved it slightly, so I apologise for any variations in composition in the sliders below. With that said, let's get into it...

(slide your cursor over the images to compare. Click to enlarge)

I tried to get areas mostly with single light sources, as that's when this game truly shines most of the time with it's lighting design. Here we can see hardly a difference between Low and Ultra, apart from slightly better volumetric fog. It's worth mentioning now that, once again, much like DOOM Eternal, there is not a whole lot of difference between Low and Ultra in general.

Here's a good example of how there's not really a whole lot of difference between Low and Ultra, especially in these dark indoor areas. You would struggle to notice a real difference to be honest.

Not all environments are going to be indoors though, here's a quick shot of one of the early outside areas. Not a huge amount of difference here... But see that slight blurriness on Ultra? Yeah let's talk about that...

Now here we can see the biggest difference between Low and Ultra. You'll see what I mean a bit more clearly in a second, but Ultra seems to add a little bit of blurriness to the image. Normally I would think that this looks tremendously ugly as everything feels like I'm looking at stuff with watery eyes. But in VR this actually makes sense, as the blurriness takes away the jagged edges of most objects and can increase immersion, you honestly don't even notice this difference whilst in-game

Here's a better example of what I mentioned above, see the wiring on the fence? And the textures on both the concrete block and wooden spool? They get a little bit more blurry on Ultra. This could also be due to the dynamic texture resolution the game incorporates though, unfortunately there's no way I found to be able to test that.

This is an interesting one, it seems that on Low the shadows of particular objects are non-existent, or, at least, they are toned down a bit. You can see it on the zombie body, on Low the shadows are reduced, whilst on Ultra they appear much more realistically. It's worth noting as well that this is only on Low, as soon as you increase to Medium settings the shadows come back to normal.

The reason I've saved this comparison for last is to show you something interesting that I found. You see that light in the corner? It's the only source of visible light on the screen. There's not a large difference between Low and Ultra (apart from the slight blurriness of course), but one thing that I can't show you in the screenshot is how the light flickers, or, more specifically, the lack of the flickering light. You see, on Low settings the light is completely static, but as soon as you crank the fidelity up past Low, this exact light begins to flicker. Which means that if you're having to stick to Low graphics you could potentially be losing out on the intended experience. Granted it is quite a small thing to sacrifice for performance, and you can at least nudge it up to Medium to get these full effects, but it definitely is something to think about.

So the good news is that there's really not that much difference between Low and Ultra, you're still going to get the optimal experience on Low settings, whilst Ultra just enhances the immersion slightly. It's by no means immersion breaking to keep it on Low though, the fact that it's in Virtual Reality already makes it an immersive experience. But I would recommend putting Half-Life: Alyx on medium settings if you can, that way you can get the full, intended experience without compromising on certain quality features like the sahdows or flickering lights. If you can't stand the jagged edges in VR though, crank it up to High to get that smooth look that adds a bit of blurriness for the enhanced immersion.

If you're still unsure about getting Half-Life: Alyx, or you're worried about whether your system can handle it and at what graphics setting, check out our PC Performance benchmark article.

I don't know cause screenshots maybe isn't best way . Lots of people said that there isn't almost any difference in Doom Eternal between low and ultra, but that's so far from truth. Tested myself and there is pretty big difference especially when it comes to lighting and shading.

Why on low looks better? everything is more sharp when on ultra there is blur

so no difeence at all only for AA?

It is mad how little difference there is. If not for the fps drop on old cards - you'd look at benchmarks and think that there's LITERALLY no difference...

If anything, the game is outright BLURRY at ultra... What rig were these screenshots made on? I have a hunch the blur is a resolution drop (looks like it to me) to boost framerate...which is counter-intuitive, considering you go with Ultra for better visuals, not worse...

Why are devs doing that? I don't get it..

Add some sharpness, some AA and set brightness slightly higher and done. Remember when games actually looked bad on low and had a huge performance difference between low and high?
Pepperidge farm remembers. 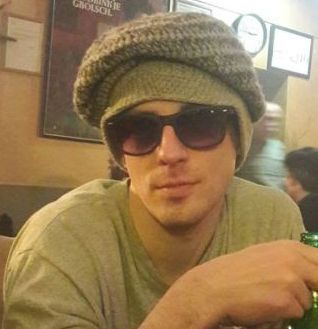