Half-Life: Alyx is now the highest rated Half-Life game of all time

Half-Life: Alyx has been out for nearly two weeks now, but it seems like the reviews just keep getting more and more positive for the latest Half-Life adventure. After achieving the lucrative titles of highest rated PC game of 2020 as well as the second-highest SteamVR game of all time, it seems that HL: Alyx didn’t want to stop there.

Multiple review sites have different answers, due to weighting differences in terms of ratings for a game, but according to Steam themselves, Half-Life: Alyx is among the top 10 best AAA Steam games of all time, and has even surpassed all other Half-Life games in terms of reviews on Steam.

Alyx is currently sat at the number 8 spot on Steam’s highest rated AAA games (technically number 7 if you don’t count The Witcher 3 and The Witcher 3: GOTY as separate games). If you include indies into the mix then Alyx becomes number 13 on the list. The point is that Alyx has 98% positive reviews on Steam, with the closest Half-Life game, Half-Life 2, coming in just under at 97%. 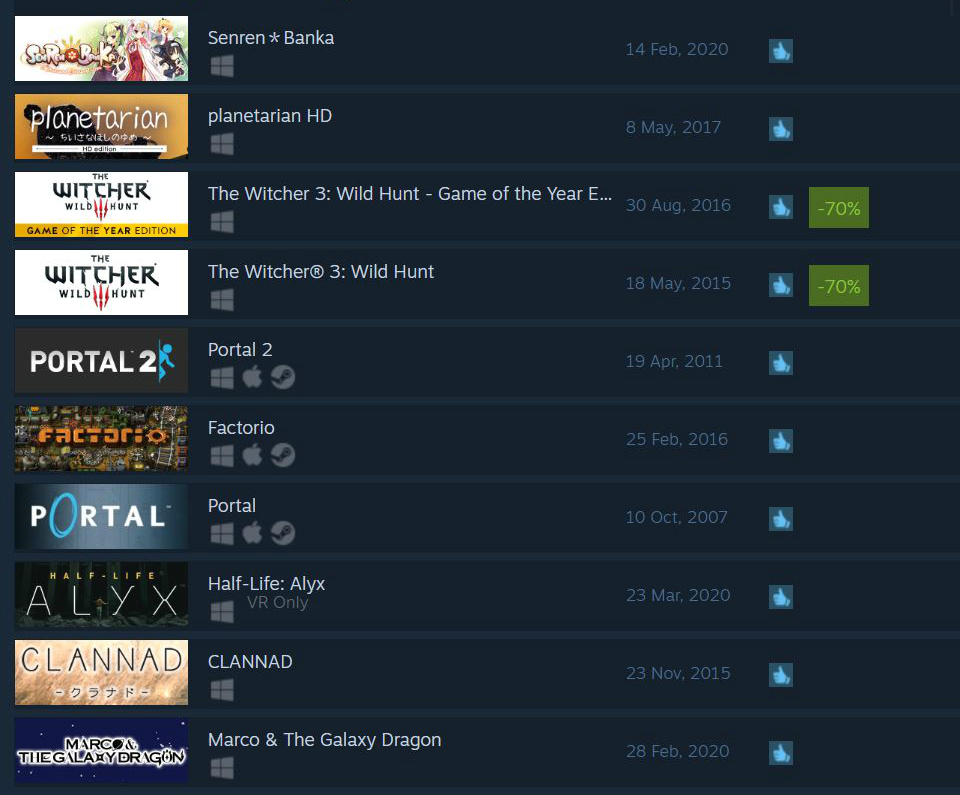 According to other sites; SteamDB rates Half Life Alyx as the number 9 spot for highest rated games on Steam of all time, whilst Steam250 gives it the number 15 spot. Interestingly, the Portal games remain even higher, with both titles topping Half-Life Alyx’s spot on each site.

It seems to be a good step for VR, as currently it is the only VR game to reach as high as it has in the charts (well, unless Valve suddenly decides to make Portal 3 VR, or turn their older titles like Portal 2 into VR versions, then that would be a whole other story). Half-Life Alyx also recently achieved a coveted 94 rating on Metacritic, whereas Half-Life 2 still remains with a solid 96.

What do you think of the statistics? What does this mean for the VR industry? How would you rate Half-Life: Alyx? Let us know!

Just goes to show if you starve the audience enough, they will lap up anything!
Half Life Alyx is great but highest-rated is a bit much.

No it is not - Half life 1 and 2 both got a 96/100 on metacritic, which is noticeably higher than Alyx's current 93/100. Still, Alyx scored really high, they have done an awesome job with that game.

I could absolutely see a Portal VR game being fantastic.

True but imagine the motion sickness when looking through portals and high grounds, this would be awesome but scary af

I think you would only get motion sick when flying through the air at 80mph. So it probably would be a much slower, smaller scale game.

And that's why I wanted this game to successful. Hopefully this will help kick that off.