Cyberpunk 2077 is done, DLC to be announced soon and will have no less than The Witcher 3

Cyberpunk 2077 is one of the most anticipated games of this year, to say the least, and can you believe that by this time next week we would have been playing it? That was before CP2077’s release date got delayed, but now we have to wait all the way until September. Luckily, CD Projekt RED has some good news for us: the game is finished, all content has been added and finalized, all that’s left is a little bit of polish.

That means that they are only working on bug fixes and general polish right now and no more content like characters or quests will be added until release. The President of CD Projekt RED, Adam Kiciński, recently stated that they are still confident about hitting their release date in September, despite having to work remotely from home.

“Our goals haven’t changed; first and foremost, we intend to release Cyberpunk 2077 in September. We feel motivated and have the necessary tools at our disposal to meet this goal.”

Both internal and external testing are being done right now, with twice the amount of external QA testers than The Witcher 3 had, so everything’s looking pretty good so far.

Additionally, on the topic of DLC, Kiciński said that Cyberpunk 2077 will have “no less DLC than The Witcher 3 had,” and will follow the same release schedule as the Witcher 3. That means that CP2077 will have at least 16 DLC packs as well as 2 major expansions.

The WItcher 3 released 2 of those 16 DLC packs for free every week for 2 months, those free packs included new quests, new weapons, new armor sets and cosmetics. So it’s likely we’ll see the same situation with Cyberpunk 2077.

Interestingly, there are more PC pre-orders for CP2077 than on consoles. This could be due to the fact that there aren’t many pre-order incentives as of yet, however as the DLC packs and major expansions are explained in more detail pre-launch, this could change.

How do you feel about Cyberpunk 2077’s release strategy? Are you excited to play it in September? What could they introduce as DLC? Why are there more pre-orders on PC than consoles? Let us know what you think!

I don't play open world games, but this is going to be exception.

i hope that they will make them like they did witcher 3, that you can enter them from the meny and they will give you recommended level for them and give you some random gear

Hate me if you want, I'm actually glad that they pushed the release back. Not only will we get a better experience but it gives me time to save up for a pc upgrade!

I completely agree with you, I love the Witcher series because of the polish they release. Not many bugs, the world works/looks great, character model works great, the list goes on! Only way I'd be angry is if I was diagnosed with cancer and August was my due date XD
The delay will only give us a better game

Nobody's gonna hate you for that. A Lot of big releases this year (of course they're all getting delayed...) and always good to get caught up on the backlog before something this big comes out.

Sadly we're not guaranteed a better experience. It's just that we hope that's the case. The time to upgrade part is true tho :D

well, i can wait too, im playing RDR2 i got for 44 bucks a few weeks ago and so far im lovin it 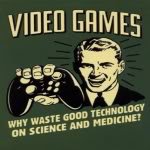 i wouldn't be surprised if we see the game bundled with nvidia's 3000 series of GPU's later this year, so you could be even more in luck there!

No no i completely agree with you :)

Amazing! Trust CDPR to come through even in tough times when everyone else is delaying stuff. Can't wait! 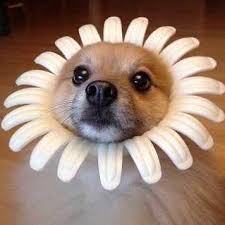 Okay but they've already delayed the game from April to September...

And the delay was for polishing unlike many other publishers who delay their games because content isn't ready and then release an unfinished game anyway because money.

Well it still was delayed.

Guess they preferred the safe side and over-estimated the development impact from the pandemic and got it done much quicker. But if they polish it fully until then, better for us. Otherwise they will get a lot of flak if it's unoptimized, buggy etc.

Music to my ears.

I have so much time right now.... if only the game hadn't been delayed... still, I'm really, really looking forward to it. I just hope they don't push it any further. As for the majority of the orders being on PC, I really have the feeling it's got to do with CDPR. The fact that they started out on PC and they keep us first no matter what is really a sign of approval that the PC community doesn't take for granted. Not to mention their games are absolutely amazing in almost all facets. In short, no matter what they put out the PC community will surely pick it up. They earned their reputation

Same dude i have a lot of time to play from now till september when the game will be out. Its really unfortunate for me.

Maybe we can get the sys req very soon

I'm just surprised they decided to delay it 6 months (before the pandemic), if the game is finished. Normally polishing/bug finding doesn't take that long, especially if the whole team is working on just that. Maybe they are indeed already working on expansions, and decided that's a good reason to delay?

I think now everyone has the time to actually play, September more people might be too busy.

Still, it doesnt take away from the excitement i have for the game :)

The game finished long before and right now its even in playable state. I'm pretty sure Nvidia paid CD Projekt to delay the release, cause they still need to

implement RTX and DLSS 2.0 (which came out out recently last month), Nvidia knows that they finally needs to get RTX right and what better game to do that than

the most anticipated game of this gen. This will greatly improve their RTX portfolio and sell more RTX gpus, both new and the upcoming ones.

Well if that is indeed the case. The game isn't finished, so its weird they would say it is finished.

will cyberpunk 2077 have RTX features?

Yeah they will, RT Global Illumination and RT Ambient Occlusion, and maybe DLSS 2.0 (not confirmed but very much expected).

Was hyped for an April release because i have the time now. But in september i have classes so thats a major bummer.