Rise up, Spartans, looks like Halo 2: Anniversary is releasing tomorrow morning for PC

Xbox seems to be teasing the release of a new Halo game tomorrow morning, and by the order they’re going in, that will be Halo 2: Anniversary. The Halo games have been slowly making their way to PC in the Halo Master Chief Collection, and have been a staple series for the Xbox Game Pass on PC. So far, Halo: Reach and Halo: Combat Evolved Anniversary have been released on PC.

Since Halo: CE was released by surprise, available on the same day the trailer was released, it would be no surprise for Halo 2: Anniversary to do the same. So when popular online influencer and streamer, Ninja, posted a message and picture on Twitter, the official Xbox Game Pass for PC Twitter account responded with a rather cryptic message… 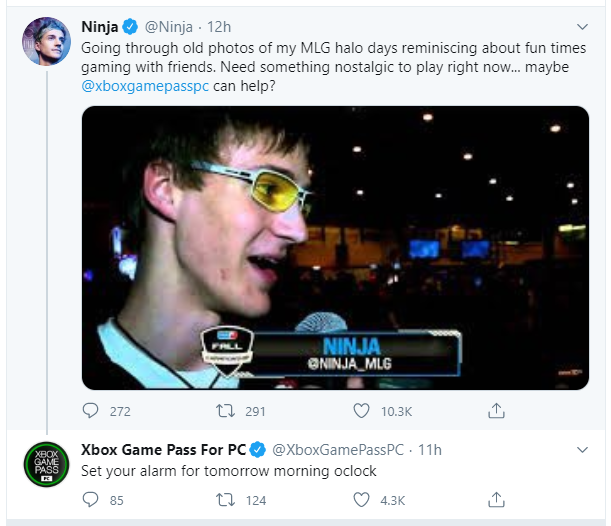 Ninja posted: “Going through old photos of my MLG halo days reminiscing about fun times gaming with friends. Need something nostalgic to play right now... maybe @xboxgamepasspc can help?” To which Xbox did reply with: “Set your alarm for tomorrow morning oclock.”

So it looks like something will definitely be happening tomorrow morning at some point, and most likely that will be Halo 2: Anniversary’s PC release date considering Ninja was talking about Halo in his original post.

By this rate, we could see Halo 3 on PC either by early July or early August, since Halo CE was released 3 months after Halo: Reach, and if this recent news is true, then it will have been 2 months since Combat Evolved was released when Halo 2 comes out on PC.

What do you think? Is Halo 2: Anniversary coming out tomorrow? When will Halo 3 come out? And how much Halo have you been playing recently? Let us know!

Super hype to play Halo 2 with the boys.

After Halo 3 is out, i'm buying the entire thing

Steam says it drops on the 12th