Another reveal that came out of the Xbox Series X gameplay livestream by Inside Xbox was for the classic driving game series from Codemasters, as Dirt 5 was announced via a new trailer. Whilst the games have typically grounded themselves in realism, this new entry seems to brighten things up a bit with bold colours and upbeat music. Check out the new trailer below.

“DIRT 5 writes a new chapter in the legacy of DiRT – bolder and braver than ever before. Travel the globe, tame the most incredible off-road machines with your friends, and be part of a vibe that delivers big on epic action, pure expression, and unbridled style.”

Bigger and bolder is certainly the right kind of phrase to use here, as Dirt 5 will take players across major locations and landmarks like New York City, Rio de Janeiro as well as places like Greece and China. Operate several new vehicles like buggies, unlimited trucks, and rock bouncers as well as traditional and modern day rally cars.

As usual with any Dirt game, the Livery Editor is back with more customization options than any previous installment in the series. The narrative-driven career will feature a non-linear progression system so players can choose exactly what kind of path they want to take on and what events to compete in.

Not only that, but Dirt 5 will include 4-player split screen co-op, for the perfect couch gameplay with friends. And teaming up to guide you in the career are the voice talents of, of course, Troy Baker and Nolan North.

What do you think of the new trailer? Are you excited for Dirt 5? What’s been your favorite entry in the series so far? Let us know your thoughts! 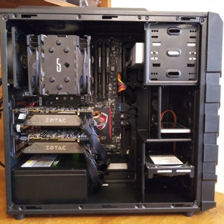 Ohh, wait, this is Dirt?

For Dirt Rally 2.0 they released multiple season passes, tons of microtransactions that you NEED to buy in order to participate in the events. Follow this game with caution and don't blindly preorder, unless you wanna end up spending north of $100 to properly play..

Seems fun, reminds me of forza horizon series, if physics are close to dirt rally 2.0 then im in.

This looks a lot lik Dirt 2. Not complaining if the game has rivals and voice overs and etc.. That game was a revolu?tion.

Graphics look great! But i feel like this series is getting stale or is it just me?

If you mean DiRT series or Rally ones?

The DiRT series in general

If you are rally fan, DiRT Rally (2.0) is best racing game out there so I don't think Rally ones are stale.

I said the regular dirt series, not the rally series.

Sooooo, nextgen consoles release in October confirmed? Did i miss something?

With Xbox, if you buy the game for the current console, you'll get a series x update. Series x is still coming this holiday. That's what MS said concerning Dirt 5 and the other games that will be on both consoles.

Dirt 3 is still the best of all the dirts besides dirt rally 1/2.