Port Royale 4 beta first impressions, pour us some rum will ya Cap'n?

While a lot of the world fantasizes about when they might be able to have a trip to some beautiful far off lands, us gamers get our travel fix through the medium of pixelated piratical fun. Port Royale 4’s closed Beta has now been made available to anyone who pre-orders it, and while it isn't officially released until 25th September this year, the beta is in a pretty playable state.

Developed by Gaming Minds, Port Royale 4’s predecessor was released back in 2012 and like that one is also set around the gorgeous islands and coastline of the Caribbean, including Florida, Mexico and the top of S. America. The graphics have been overhauled and the game engine it is using is similar to the more recent Railway Empire, which was also by Gaming Minds.

When zoomed in the crystal clear seas and vibrant greens of the tropical islands are certainly pleasing to the eye. 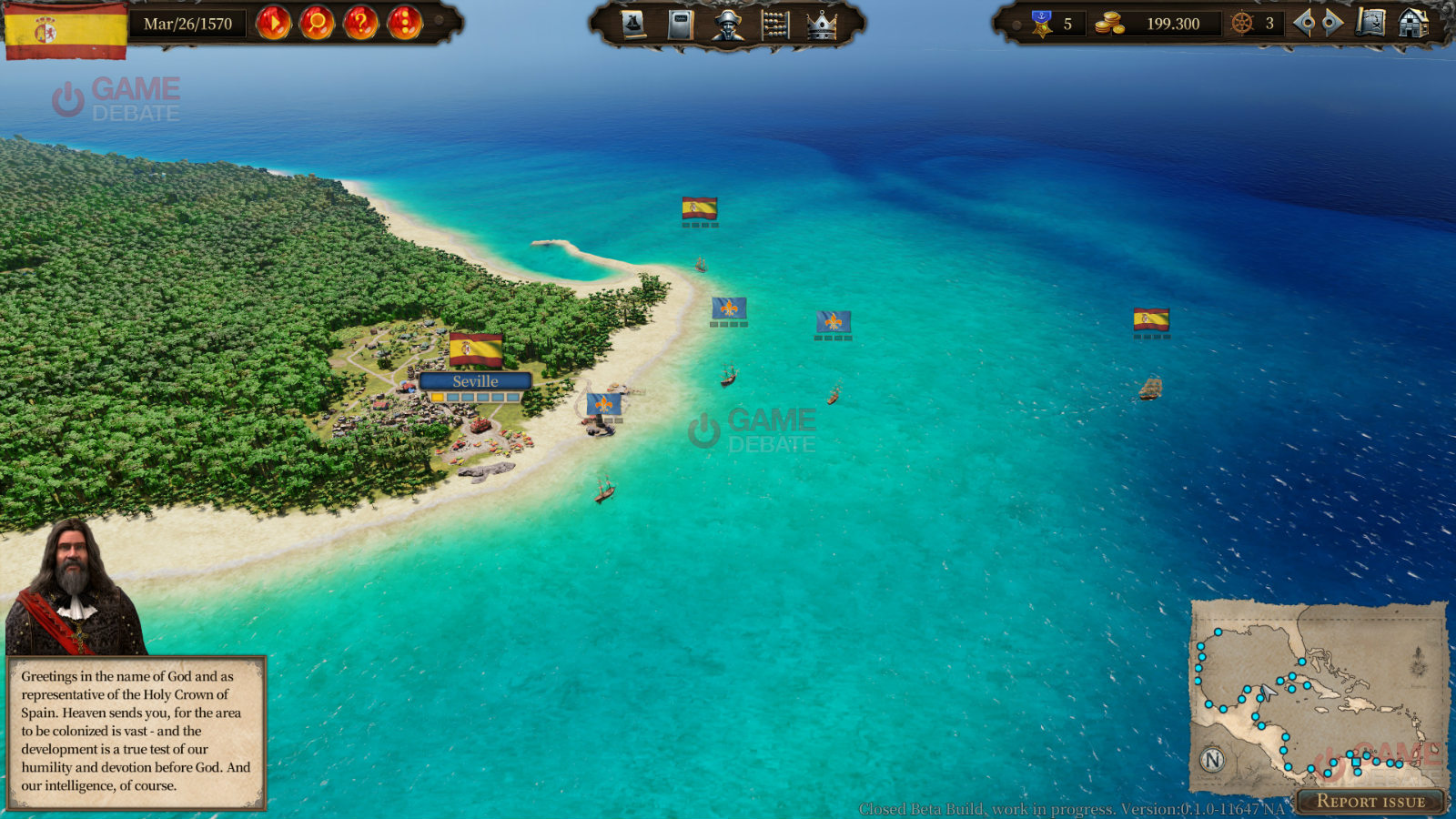 This time around Port Royale 4 lets the players zoom in and out on a single large 3 dimensional map, so you can drop down to town level, to place economic buildings in your favourite ports, or pull right back to see a good distance along the coastline. A nice feature, that I wasnt sure about at first, is that tied to the zoom is the game speed. So if you zoom in the game’s flow of time slows to a crawl, giving you a chance to zoom around and explore local settlements or buy ships. It actually auto pauses when you go into a town’s trading menu to buy and sell your goods. And as you head back out to the bird’s eye/map view time and days start to skip past and you see your convoys moving at a swifter pace between ports to sell their goods. 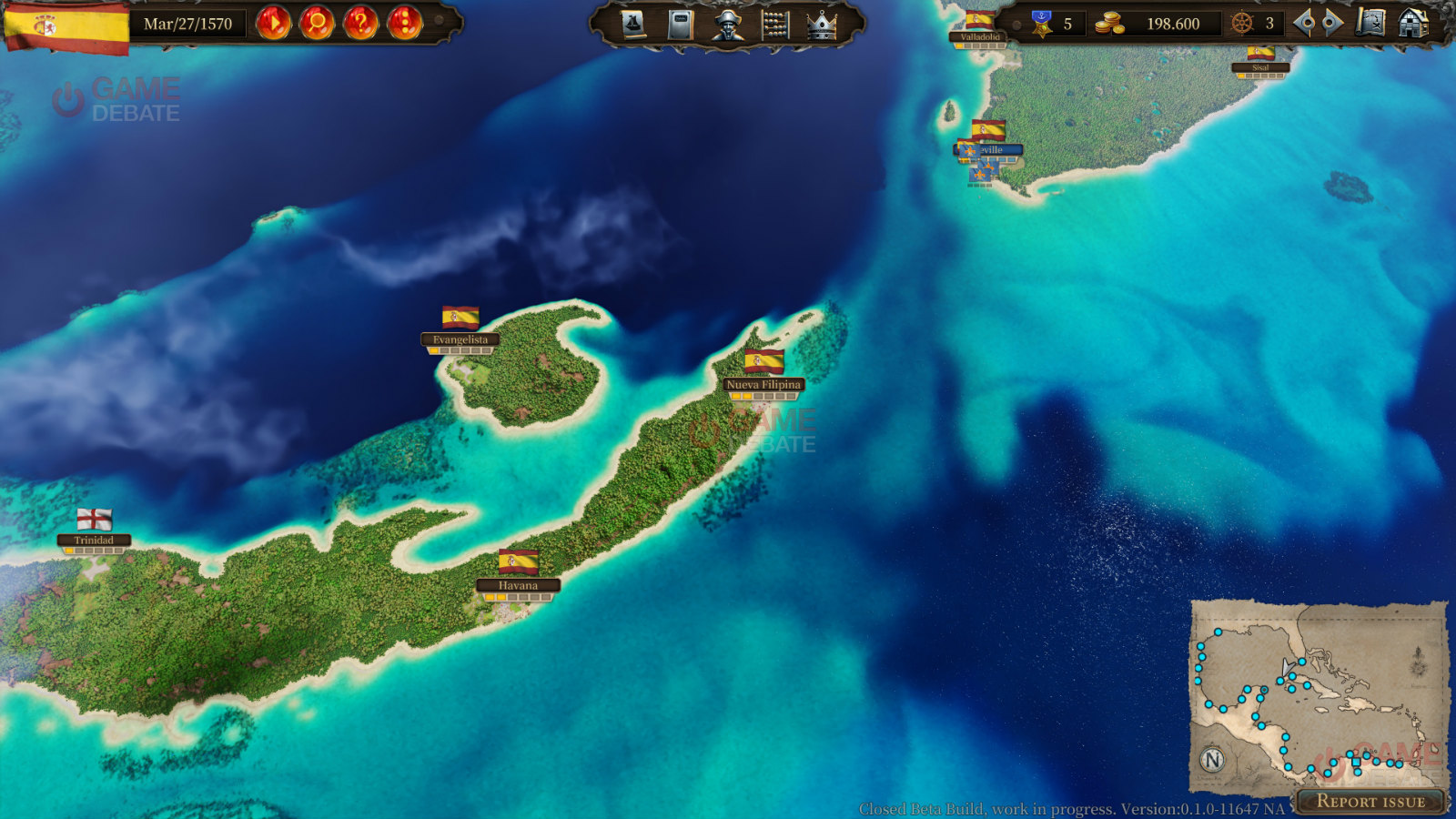 The economy seems reasonably robust and Port Royale 4 has enough commodities to buy and sell to keep you on your toes, but with some nice tools that don't quite do everything for you, when you are trying to consider what prices are good and bad, but are well thought out and easy to master.

If you are anything like me you will pour yourself a glass of dark rum and focus all your energy on building plantations, trading in sugar and rum throughout the islands and even resort to a splash of piracy to fend off growing competition. And while the game doesn't bestow titles on you yet, I certainly like to imagine that everyone calls me The Dreaded RumRum Sugar Baron, when they meet me. 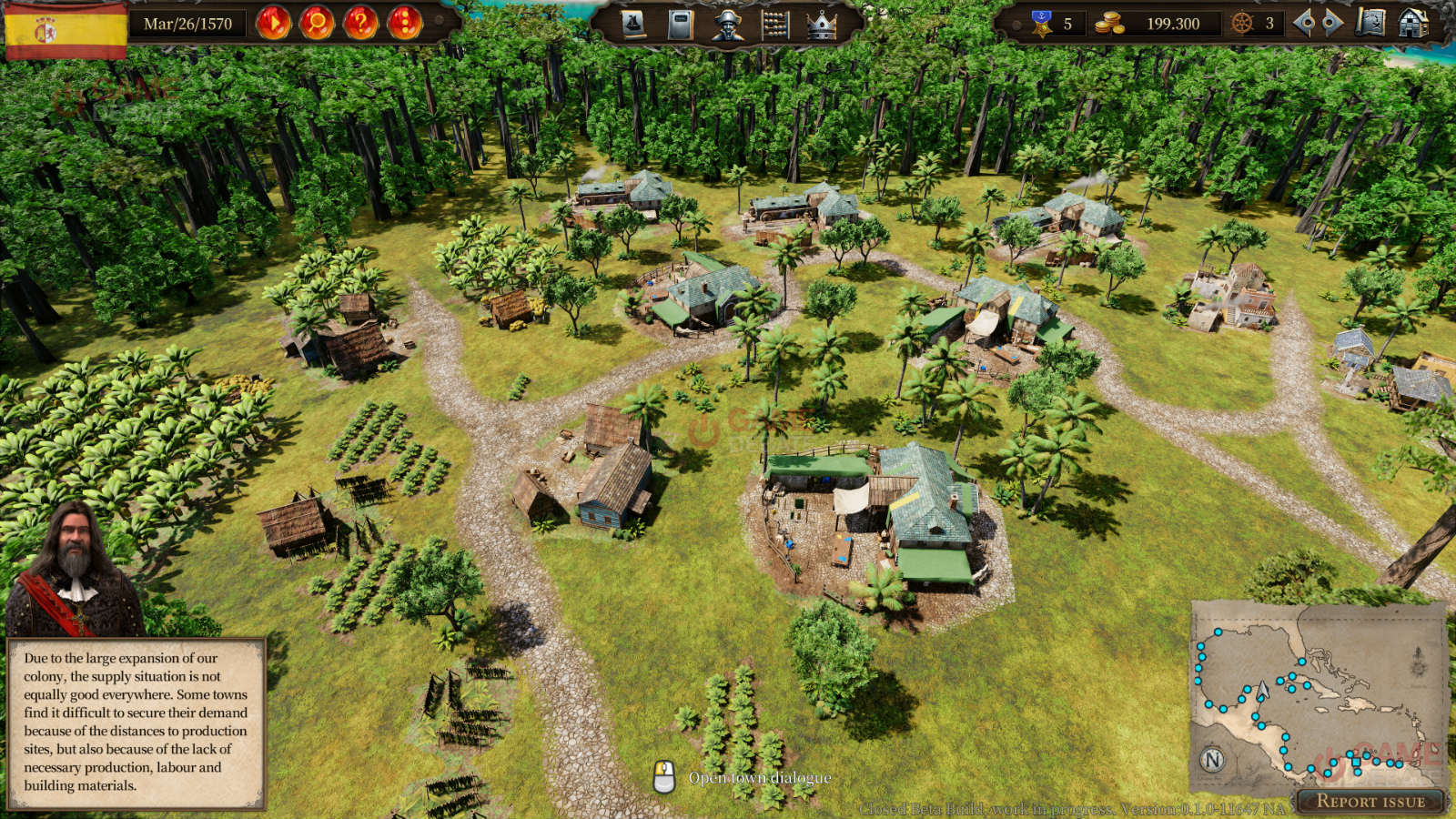 The game is not too mind boggling to get your head around, although there is enough to learn and some of the menus are a little unintuitive at times. But its obvious that Gaming Minds are not new to this type of game and they know that a comprehensive economic pirate trading simulator needs both clear and simple systems that will support the player, while providing layers of complexity that give the player plenty to become a master of. In acknowledgement of this fact they have put in nearly a dozen tutorials that each do a pretty good job of showing the player the ropes.

While there is a campaign mode to work through its probably going to be the unshackled free sandbox mode where most players will end up.  And when the game gets a bit overwhelming, as you try to micro manage your various convoys, Port Royale 4 includes a way to allocate auto trade routes to your convoys, so they will buy and sell along a route of ports that you define.

We noticed some irregularities in some of the trading prices which left us with less confidence in this system, but on the whole it seemed like it was making us money eventually. 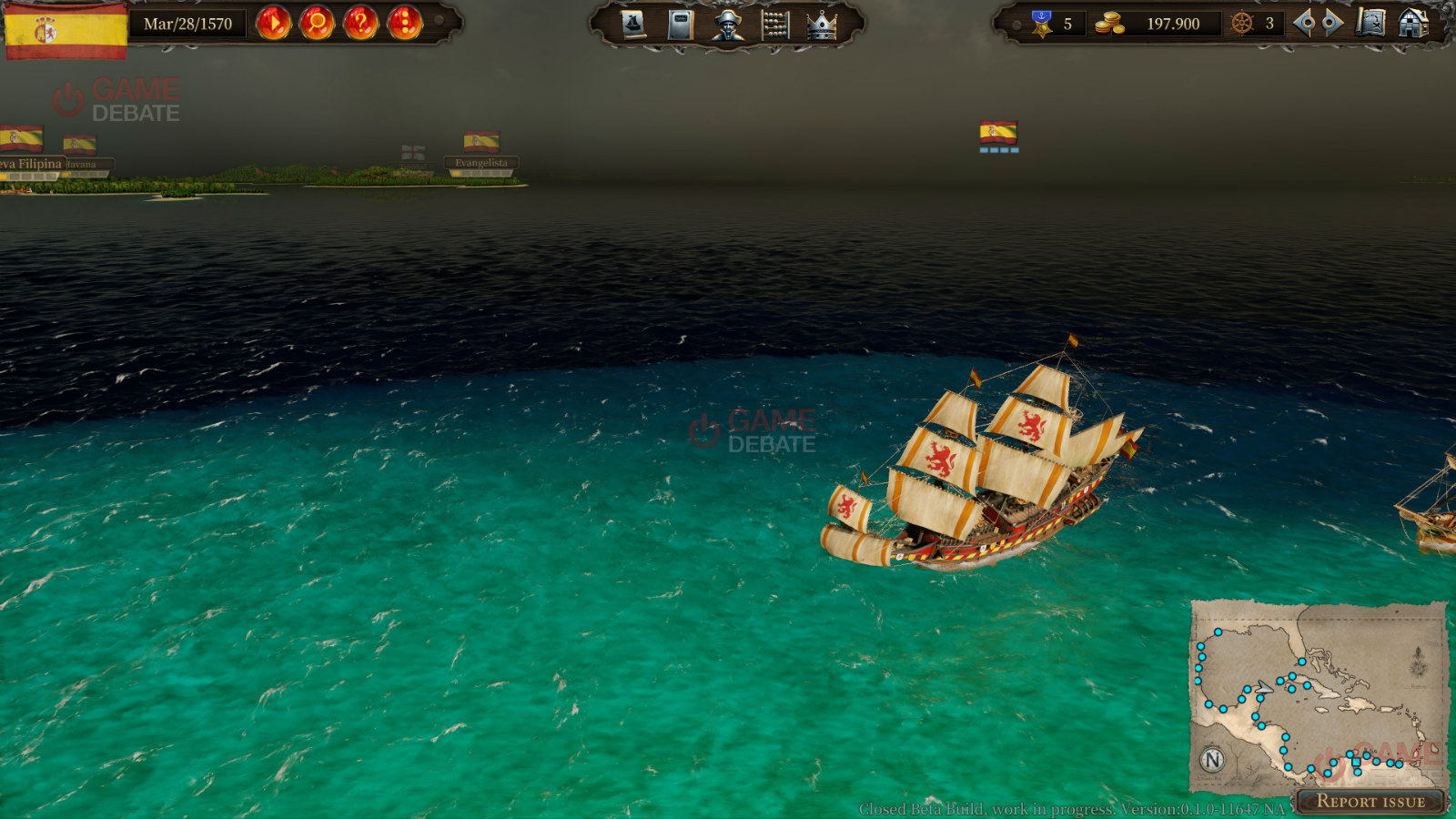 Port Royale 4, even in its current beta state is a fun, 17th Century trading pirate sim, set in an evocative part of the world. Fleet to fleet combat is now turn-based naval combat and is a little clunky in terms of its user interface, it provides enough strategy and tactics to keep it interesting and not get annoying.

While there are some missed-shots in Port Royale 4 beta, it has enough in it to entertain you for dozens of hours and hopefully some of the bug fixes and patches that we have seen flowing, will go some way to polishing this title into a well rounded and worthy Port Royale 3 successor.

Port Royale 4 releases in September but you can enjoy the beta today if you pre-order it now.