Up For Debate - How important is historical realism in video games?

History is an important part of every culture, and whilst it has many adaptations across many forms of media, video games tend to get the most amount of criticism. Whereas films and TV shows merit a certain amount of ‘artistic license’, generally speaking video games are seen as more of an authority on the matter simply because of the added layer of interactivity. Because we can interact with the historical world to such a level, and the fact that so much money and research gets put into development, it becomes much easier to critique when a game lacks the appropriate amount of historical accuracy.

I mean I could be completely wrong here, but that’s just from my experience. My question to all of you, then, is how important historical realism is to you in video games? Whether that’s based on time period, architecture, the types of music played, the kind of food they ate, representations of culture, race, or gender etc. If it’s very important to you, then why is that? If it’s not, then what is it that they do which brings you to that conclusion?

I think this has become very relevant thanks to the reveal of Assassins Creed: Valhalla recently. I’m not necessarily talking about that game specifically or its latest 'gameplay' trailer, but on the one hand the series has been known for controversy before regarding gender representation, but on the other hand the Assassins Creed series has been known to portray wild fantasies ever since we were introduced to the idea of the animus and a virtual world based on our ancestral memories. Now we have giant gods that we battle against, ships that can sustain an extraordinary amount of damage, arrows that can fly through walls, jumping into hay bales from ridiculous heights without a scratch, and any other wild examples you can think of.

So does this level of fantasy warrant the game to be so heavily criticized regarding its historical realism? Are they so fantastical now that historical realism doesn't matter? Or should these games still adhere to basic historical accuracy because they are portraying vital parts of our history and should, therefore, be accountable for the things they teach us about those time periods?

Very interested to hear your thoughts on this, as more and more games are based on or even portray certain points in our history. So what do you think? How important is historical accuracy to you in video games? Which ones are your favorite examples for either end of the question and why? Let’s debate!

Depends on what the game markets itself to be. If the game is based on real events, such as a war, there's an argument for the facts to be there. But then take something like a clear alternate history, such as in the Wolfenstein series, and the argument for total accuracy lessens significantly. It is still there, to an extent. After all, making a believable time period requires following the principles of that era (architecture, speech, events, fashion, etc), but those can be bent for stylistic purposes, since the game is an alt history fantasy.

Well, if a game is meant to be realistic, it does matter. But if the game is fantasy, it doesn't matter that much, but it's still nice if the game is accurate t

It depends! If you are telling me an accurate story about Gandhi and how he preached non-violence, then I would be upset if he tries to nuke everything. On the other hand, if you are telling me a fantasy story that takes place in mid 19th century USA and make Lincoln a vampire hunter, no problem at all. The context and how you market the game that matters and at the end it should be fun. I am sure nobody would have liked BF1 if the 60 minute match means sitting in a trench for 45 minutes and, then getting mowed down by machine gun fire as you rush towards the objective. At the same time, I wouldn't want to hear objectives being called Alpha, Bravo, etc. Balance and fun is more important.

For me, it should be partially accurate (for example, a WW2 themed shooter should have WW2 weapons), but the story could be an alternative to the reality (like Wolfenstein is). I don't need to relive the stories of the past, as I have had that in high school.

My opinion is that is not really that important in video games, thou are those games like AC francize which is based on that, and these games really need to be quite accurate, not on point thou, is still a game...

In AC, it should matter. In other games no. Up until AC3 it had a nice touch. After that it was more or less just a theme.

They blended fictional characters with real life events very well up to AC3 or 4, but after that it became pure cringefest (especially AC Origins)

Try Odyssey! I went to an a precursor site and encountered a cyclops. I couldn't believe my eyes for a few moments.

In my opinion, it matters less in AC games because you are experiencing what the ancestor experienced. So, if the ancestor was high during an encounter and thought a bull was a Minotaur, and the animus projected it as a minotaur, then its acceptable. Or at least that's what I try to believe on encountering mythological beings in Odyssey.

that 'high' thing for imagining mythological monsters and gods. I don't buy that

High was a joke. What I meant to say is, if Alexios believed that cyclops existed on a particular island, then a world made on the basis of his memory could show that monster.

3 downvotes for an opinion. Guys, I don't give a fawk about those, you could send me as many as you wish.

ITS A VIDEO GAME

It usually depends on the setting and whether the devs claim that the game is historically accurate.

Yes, if the game is marketed and made for a Historical Event, which is going to be the selling point, it should be historically correct.

If it's a piece of fiction with few historical elements, then it doesn't matter.

I see a game in a better light when it adds or even sprinkles things or even references that are historically accurate. While playing, it makes me go "Oh, that's cool", and little things like this are what make games better and more memorable for me, and make me actually recommend them to others.

depends on the history of the game. I remember in the past that some critics for Call of Duty game said that only USA can do this in video games where they save the world or something similar like that when its not true at all. I probably read it here in GD or similar website

A game is fiction so i approach it that way.

As long as it's not claiming to be based on an actual story or something, I really don't care about accuracy as long as it makes sense in the game, as long as it doesn't ruin the immersion.

I would say far less than things feeling authentic. The difference being that authentic means it feels like it is from that period, but is not real. Take Dunkirk for example. Does it feel authentic for the time? Yes. It is historically accurate or realistic? No, they deviated from that. But a lot of people still did like it, despite not being historically accurate.

And personally, I am not that interested into historical accuracy or realism. I do like things to feel authentic, if they are doing certain period, but I personally prefer things to take to the fictional real. Though bonus points if it still feels authentic. Though this will depend from person to person, my friend who likes history a lot, didn't like how AC series changed, unlike me... :-D 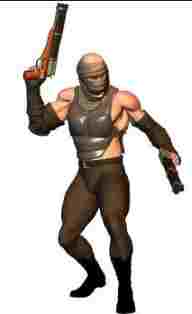 One saying for RPGs, that I am fond of, is "Too much realism spoils the fun". Realism is all well and good - as is historical accuracy. However, in order to be a participant in the narrative, and still be able to move and make choices, you are changing the historical accuracy of the game. Fun is more important.

Any good fictional story that uses a historical setting will be best told by weaving the fiction in the gaps of historical accuracy thus filling said gaps with the game's fiction and lore. This si what older AC titles did very well and I hope Valhalla can do the same.