Guerilla Collective is another digital showcase for game news, trailers, and reveals

Seems like everyone’s jumping on the digital games festival bandwagon after E3 2020 was cancelled due to COVID-19. Since there is now no physical stage in which to populate with crazy pyrotechnics and dance numbers in between big game reveals, lots of studios and companies are coming up with their own ways to generate hype around game reveals, or gameplay demos and trailers. And now a new one has joined the roster, as Guerilla Collective will be held this Summer to mostly showcase some indie games from a plethora of big developers and publishers.

On their official website, Guerilla Collective is described as an “online digital games festival to reveal fresh announcements, trailers and reveals from some of the hottest publishers and developers around the world! The Guerrilla Collective is hosted by Greg Miller and produced by Media Indie Exchange (The MIX) with Kinda Funny Games Showcase.” 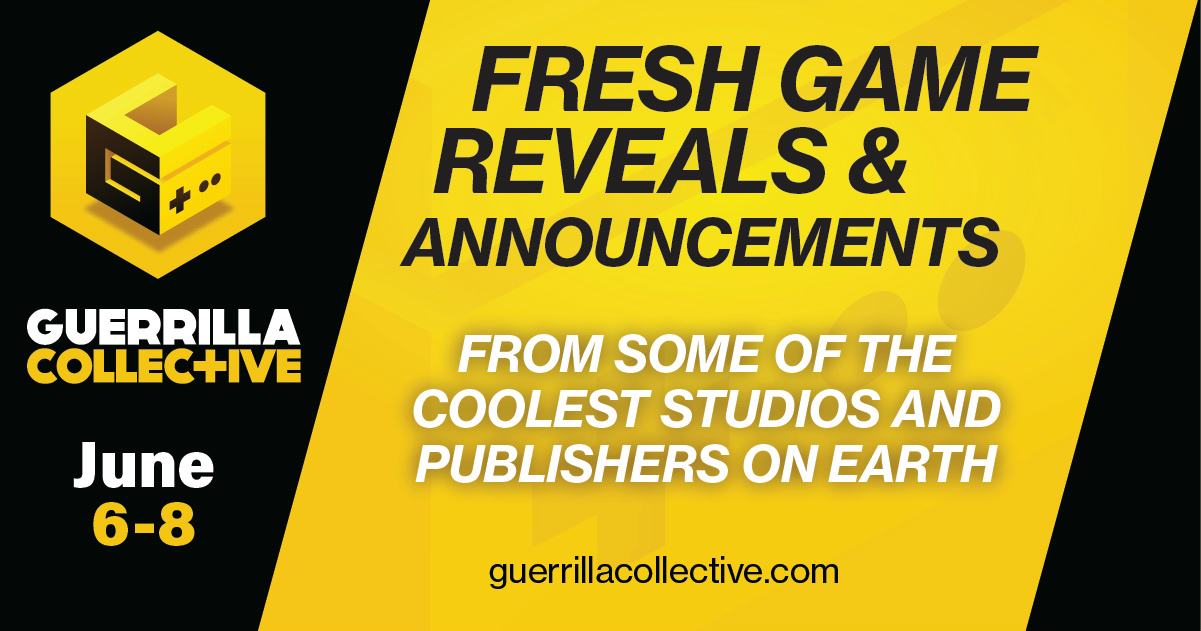 So there’s a good mix of AAA and indie developers/publishers there. Hopefully we’ll get to see some more Baldurs Gate 3 action, or even some Evil Genius 2: World Domination gameplay (possibly even a Sniper Elite 5?).

The Guerilla Collective showcase will start 10AM Pacific Time, or 7pm Central European Time each day from June 6th-8th.