Kerbal Space Program 2 has been delayed until August 2021

It’s a sad day for all Kerbalkind, as the long-awaited sequel to the iconic space sim has been officially delayed until 2021. In a post by the official KSP Twitter account, the developers released a message stating that Kerbal Space Program 2 will now be releasing in Fall 2021, as the current COVID-19 pandemic has made the studio transition to a new work from home environment.

“Heads up Kerbonauts, we've a message from mission control for you,” the post begins. “We want to share an update for all of our Kerbal Space Program fans: We will now be releasing Kerbal Space Program 2 in Fall 2021.” KSP2 previously had no set release date but was expected for release either late 2020 or early 2021. This was before the coronavirus outbreak had started though. 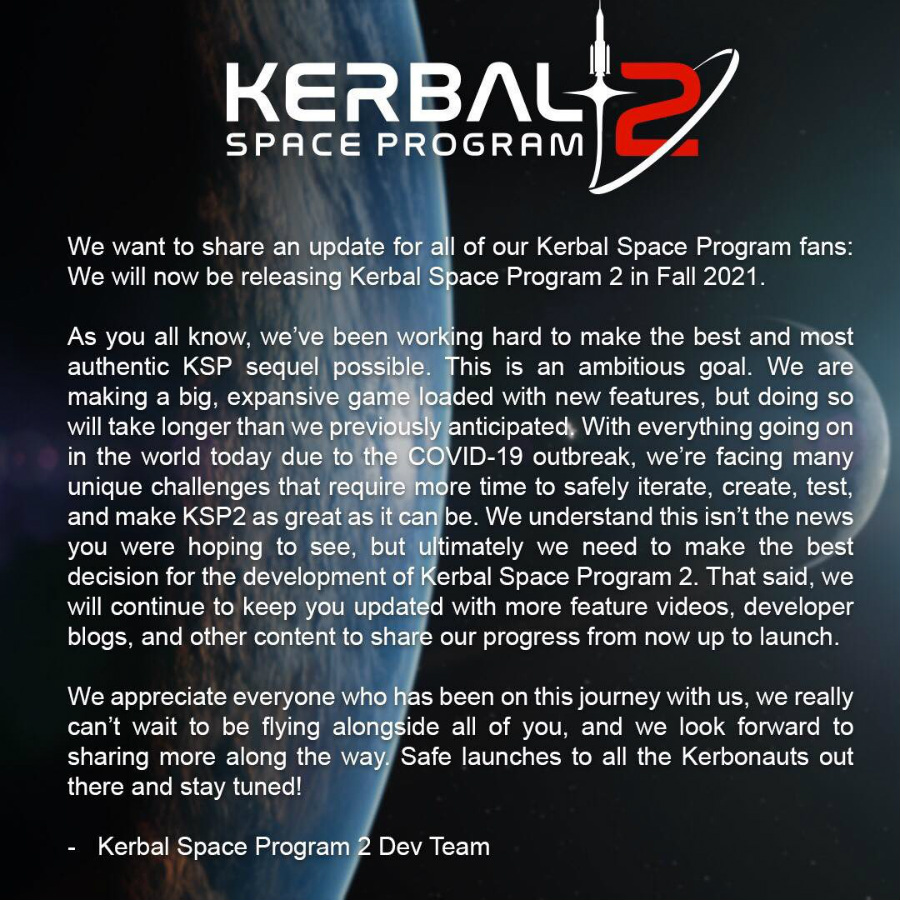 “We are making a big, expansive game loaded with new features, but doing so will take longer than we previously anticipated,” the message reads. “We understand this isn’t the news you were hoping to see, but ultimately we need to make the best decision for the development of Kerbal Space Program 2.”

So unfortunately for those of us itching to get back into causing mass kerbal genocide will just have to wait a bit longer than previously thought. Though the developers did stress that they will continue to share their progress by releasing more feature videos, developer blogs, and other content from now up until the game officially launches next year.

Kerbal Space Program 2 has had some rocky development after it saw a change in developers, but a feature video the next day seemed to give hope that it may not have been a bad decision.

What do you think of the news? Were you excited for Kerbal Space Program 2? How many hours did you put into the original game? Let us know!