Call of Duty: Black Ops Cold War could be the next CoD game, possible reveal in Warzone

It’s that time of year again, it’s May, close to the end of the month actually, and right about now is when we’d hear something about the next game in the Call of Duty franchise. But this time might be a little different as usual, as Activision could be planning to reveal the next CoD game through Call of Duty Warzone after several secret bunkers were finally opened after the recent update.

These secret bunkers had remained a mystery up until now, puzzling most players, but they’ve all been opened with the use of a red key card to reveal vaults of high-tier loot, but there was an extra 11th bunker that seemingly could not be opened. But a rabbit hole of secret russian phone messages decoded using morse code finally led to the opening of that secret 11th bunker, revealing a cold war-style bunker complete with a nuclear warhead and countdown timer.

Understandably, speculation has run wild, with many claiming that Activision will officially announce the next Call of Duty game through an in-game event, possibly even a map change that incorporates the nuclear warhead found in the secret 11th bunker. Considering that Call of Duty Warzone is one of the biggest games at the moment, it would be no surprise if Activision decides to announce the next CoD game through a large-scale in-game event very reminiscent of how Fortnite transitioned to Chapter 2 via a massive in-game event.

Whilst this may be true and Activision is just waiting on players to unlock the final easter egg secret before they press the big red announcement button, more speculation on what the next Call of Duty could be have been going around, including a possible rumor that the next mainline title will be called Call of Duty: Black Ops Cold War.

It was already rumored for the next game to be a gritty Black Ops reboot, so all of this speculation looks to be on track, but the title’s name comes from renowned Call of Duty leaker Okami, who posted an image on Tuesday. 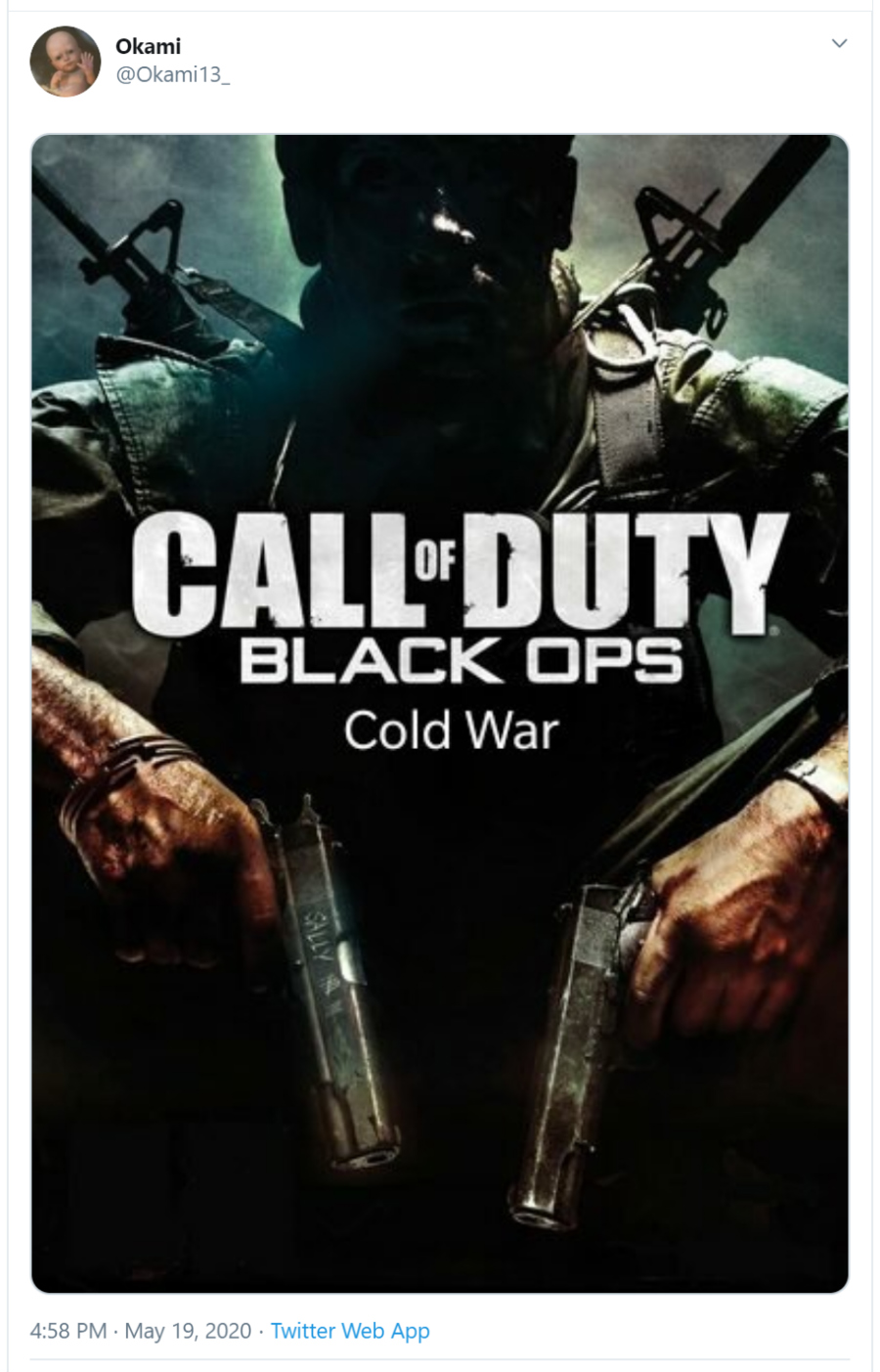 Okami previously leaked information about the battle royale mode Warzone before it was officially announced, so there’s some credibility there.

But, just like the cold war, things are starting to heat up and it’s only a matter of time before Activision pulls the plug and officially announces the next Call of Duty game. Take everything with a grain of salt, but Call of Duty games have notoriously been leaked before, but be prepared for an imminent reveal.

This sounds interesting, not many shooters with this theme, I'm excited