Up For Debate - Are there too many Remakes and Remasters?

Let’s be honest here, whether you like them or hate them, remakes and remasters are undoubtedly a hot topic at the moment, and they remain to be extremely popular. Nostalgia is an easy drug, all you need to do is prey on a consumer’s childhood memories, bringing them back to when times were easy and the world wasn’t so grim, and then hey presto! You’ve got yourself a hit.

But the topic also remains to be extremely divisive. Take the recent Mafia: Definitive Edition that was announced, and a little less specifically, the Mafia: Trilogy, many fans were overjoyed to see an old and beloved classic with new graphics, but some were unhappy to see yet another remake/remaster on the market. The same could be said for Tony Hawks Pro Skater 1 and 2, or Saints Row 3 Remastered etc...

But fashion always comes back, it’s popular to relive the 90’s fashion style at the moment, that style is ‘in’ right now, so why does popular culture get a bad rep when the same thing happens? Do we just appreciate games as a work of art that shouldn’t be tampered with? Imagine if JK Rowling just up and said Dumbledore was gay the entire time? Wait hang on… That actually happened... and just look at the reaction fans had there.

But in all honesty, remakes/remasters aren’t all that bad, at worst they’re just the base game with a new coat of paint and modern compatibility, such as remakes bringing old games to new hardware. Take the original Resident Evil 3: Nemesis for instance, it’s almost impossible to get the game running on a modern day PC without the use of an emulator, which brings up several moral and ethical questions. Essentially, you’ll never be able to play the original RE3 again unless you have the original console to play it on. And that’s what makes the recent Resident Evil 3 Remake a lot better (okay, debate whether or not it’s actually a good remake, but my point here still stands).

But on the flipside, it’s just content being recycled to make more money, and some of the time there is hardly any effort put into making the remake/remaster worth your time again. Is the remake/remaster craze just a selfish ploy by video game companies? Or is there actually some merit to playing old games with new content/coat of paint?

So are there really too many remakes/remasters? Or are we just noticing them more because they’re recognizable? And is that even a bad thing? Or is the industry genuinely preying on our nostalgia and they should stop? Let’s debate!

Are there too many remakesremasters?

Which one do you prefer?

It's the "Hollywood syndrome" - games became extremely expensive to make (because dem graphixxx), so new ideas are risky. Much easier to ride the wave of established franchises and crap out reboots/remakes/remasters and more of the same (as is the case with our annual releases of battlefield, CoD, Assassin's Creed, etc). It's all quite sad, really.

And what doesn't help is Indies' low budget and (relatively) low skill - they still try to explore new ideas, but don't get the same time of day due to lame graphics, bugs, etc.

I don't mind remaster provided it's an actual remaster. I think the 3 terms should be rerelease, remake and remaster in that order. Shenmue 1-2 was a rerelease but was called a remaster, it just became available on platforms that weren't around back then. Shenmue 3 as a remake was amazing, i wish 1-2 was remastered to look like the third and it would be incredible.

Some games should be remastered as they were incredibly fun to play, make a remake as well but spend some time on a proper remaster and we're good to go. Let's not forget that games were generally not buggy back in the day.

Vastly prefer remakes and hope they do it for old games. Prime example was FF7 which just brought the game back to life and allowed people to relive their nostalgia. Remasters on the other hand feel more like a cash grab as there are mods & graphical texture packs that make the game look nearly as good.

Except for the fact that the FF VII "remake" is not even close to the original. You can play both games and realize the story starts to diverge into another thing. It's not what people expected, even if it is a "good game".

I only agree with Mafia 1's remake since I've been waiting for that for a while, before this madness with remaking everything.

If its the right game then no, I don't mind buying it again and playing it. And by the right game I mean the games that I want like NOLF. Someone please get it out of IP purgatory.

At that point they may as well remake the whole trilogy.

I see this issue as being laziness at developing a new IP as risky for investors & new good idea' for a game is hard work. Remake or remaster erases crunch time, debugging & polishing. Not a big Fan, ME trilogy a must for this old gamer.

Giving us all the Halo games on pc and updating the old RE games that are basically no longer available is good but why do we need remakes/remasters of pc games we still have access to. Publishers looking to cash in is exactly why.

Remakes and Remasters are more meant for console players, on PC there are plenty of fans who create patches and mods to give us better looking PC versions for years and years

I feel like we are reaching a time where a lot of older games are now sufficiently aged that it is worth remaking them to show them with new technology and introduce them to a new audience, akin to an old film being remade.

But the amount of very lazy "remasters" that are being made is a bit annoying. When I hear about them I expect FFVII, Halo Anniversary, Mafia remake etc, not just some resolution bump. Saints Row 3 remake is the minimum I expect.

I think that comes down to people assuming and not reading or listening properly. A remake is just a remake, newer graphic engine and blah blah. A remaster is redone from the ground up and is a lot more time consuming. People just don't know the difference and think Mafia 2 definitive edition means it's a remaster lol. No it was just upgraded slightly, looks better then the original and sounds better as well but people still think its a remaster.

Talking about educating people and you just mixed up two different terms. Mafia 2 DE is a remaster not a remake. Tony Hawk is a remake not a remaster.

Yup i wrote it wrong my bad, switched the words around thats what happens when you post late at night haha. I think different developers and reviewers using the term loosely and not properly isn't helping most people. Tony hawk is written as a remaster on wikipedia so there you see what i mean lol. Tony hawk 1-2 is the original game on a brand new graphic engine, the soundtrack is even identical except a few songs are missing because of licensing, so tony hawk is a remaster not a remake, a remake would be tony hawk 6.

There are few logical reasons to be against a remake. The studio would have to be retarded to really screw it up. 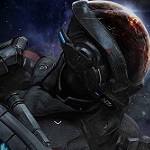 Yes, too many remasters.

And not enough good remakes. We have some good ones like RE2 and bad ones like Ratchet & Clank.

Compare Square-Enix's recent FF output. FF VII REMAKE which expands the story with modern gameplay and graphics versus to FF VIII REMASTER that updated some of the character models but made no improvements to the pre-rendered backgrounds making it look worse than the original versus FF XII that upgraded the graphics enough for modern audiences & added the zodiac improvements. It's such a mixed bag

They can be great when done right, looking at crash bandicoot and spyro trilogy, or resident evil 2, those were great done remakes/remasters

oh god yeah i forgot about that one, yeah it was great too :)

The same thing thats happening in the movie industry is transferred to the gaming side. The kids that saw the movies/played games 80s/90s and even the 2000s have grown up and earn their own money so they are banking on nostalgia. But not every game remake isnt just a upres and most have hard work but into them(like re2/3 remake and saints row the third)

Awful how? Because it's pretty universally acclaimed by fans and critics alike.... Genuinely curious. Outside of the massive filler missions, I enjoyed the game a lot. And it seems (based on user and critic reviews on dozens of sites) most people did as well.

I am fine with remakes / remasters if they actually are a major improvement over the original. If they are just an excuse to release the same game on another console generation (Which most remasters are) then it's just a wasted opportunity.