Now this is a story all about how

My life got flipped turned upside down

And I'd like to take a minute, just sit right there

I'll tell you how I became n’ assassin of an English Heir.

Hmm, think I’ve got to work on that one a bit more… Nut yes that’s right, you read the title correctly, the much-talked about Assassins Creed: Valhalla is getting an interesting new mini-game added in the form of Viking-style rap battles. Okay, fine, not exactly rap battles but it’s fun to think of them like that! It’s actually called flyting (or fliting) which is described as a contest between two or more individuals consisting of exchanging insults between one another, often in verse.

So yeah, it’s basically a rap battle, I wonder who the TV talk show host-equivalent would be in the Viking world? Anyway, these mini-games will take place between the main character, Eivor, and other characters in the game. Creative Director of AC Valhalla, Ashraf Ismail, described the event on Twitter, citing that the Vikings would often take part to pass the time when drunk and sat in mead halls.

(Eivor spitting some seriously banging verses on the battlefield) 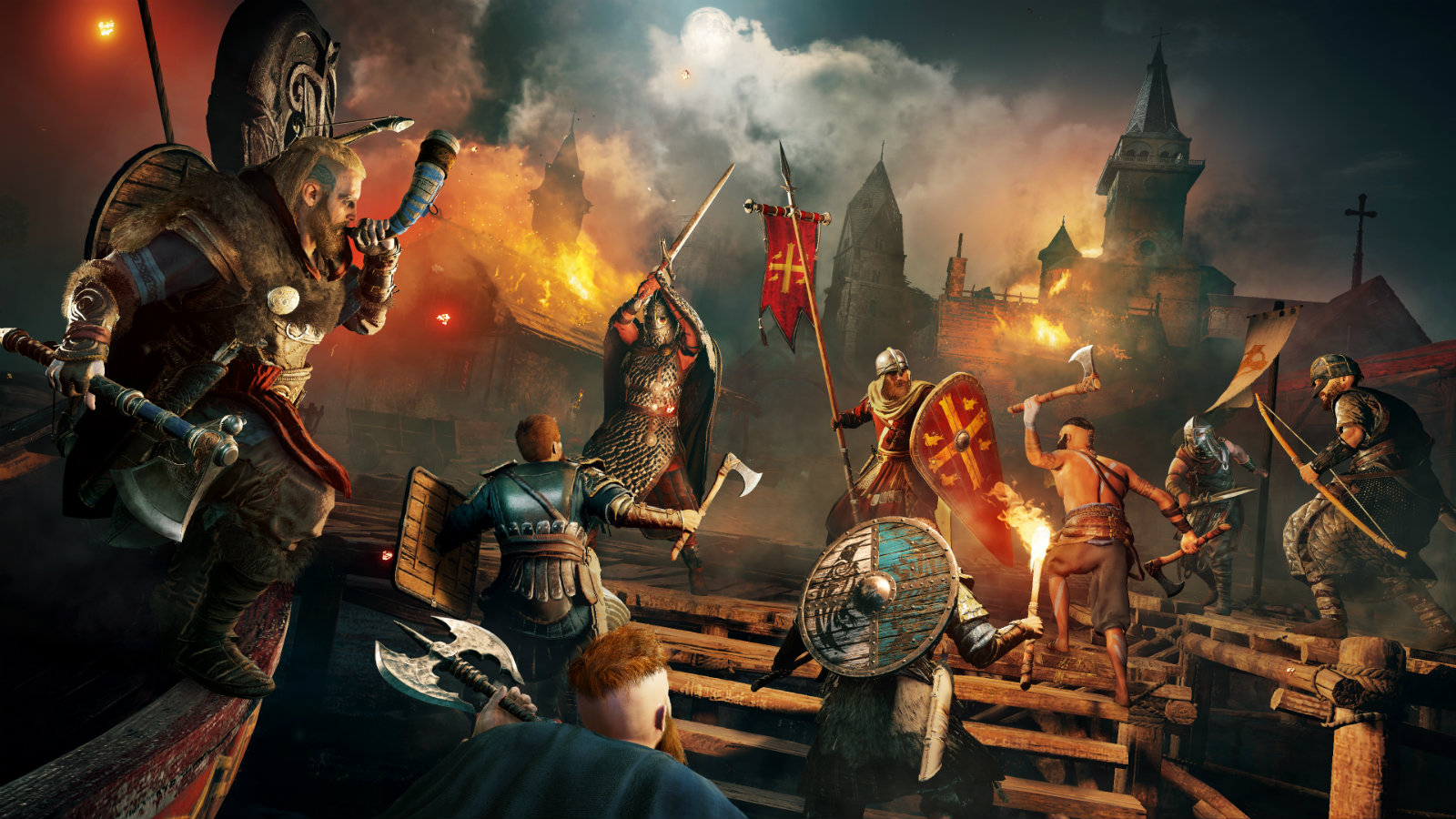 So looks like we’re going to be getting drunk and taking part in some serious poetic duels during our travels across England, so brush up on your skills, because this is going to be wild.

Recently we heard that Valhalla will not include any level progression barriers after criticism from Assassins Creed: Odyssey and Assassins Creed: Origins were brought up. Plus, the map size is apparently even bigger than Odyssey's, sparking a contradiction to a rumor that the game would actually be smaller in scale. More criticisms have apparently been addressed as the instakill hidden blade and social stealth will make a return in AC Valhalla.

What do you think? Are you excited for Viking rap battles in AC: Valhalla? Give us your best shot at a Viking rap below!

This a joke? "Steve at marketing" went mad on this one...

Does that mean Ubisoft will put lyric packs in the micro transactions?

Me after looting a guy for 5 gold and going into rap battle:
You know a player makes the money,f*ing all the b****es 3 at the time hydraulics in the switches.