It's time... time for some more weird and wacky David Cage-iness, only this time on Steam! Now that the Quantic Dream games are officially releasing on Steam in a few weeks, it seems the developers have updated their system requirements for Detroit: Become Human since last time. In fact, in some places the requirements have dropped, whilst in other areas they've actually gotten higher. Detroit Become Human was already a pretty demanding game, so let's see if they've optimized it better since launch.

So let's dive in and take a further look at the official PC system requirements for Detroit Become Human...

The biggest takeaway here is that there have clearly been some improvements made graphically, as the storage space has increased by 10GB from a total of 45GB storage space to 55GB instead. In the minimum requirements, the required amount of ram has jumped up from 4GB to 8GB and the required GPU from a GTX 660 or Radeon R7 370 to a GTX 780 or Radeon HD 7950. However, the recommended requirements have actually stepped down a bit from requiring a GTX 1080 or Radeon RX Vega 64 down to a GTX 1060 or Radeon RX 580.

This should be pretty significant for those who saw the previous requirements, as the bar has been brought up quite a bit. Detroit Become Human is a pretty demanding game to say the least, but for those with higher end systems will at least be able to utilize higher graphics settings better.

Tried the demo, runs great on my rig, 60fps easy not very demanding. It does not work in ultrawide so hopefully it will in the release. Thats one game that would look incredible in uw.

Imagine this game, but with a good story and a proper gameplay. 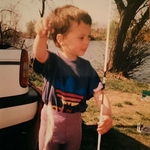 I tried the demo and I got 40-45 fps on medium with my rig. I was afraid that my old video card will say a big no to this game, but fortunately it said: alright, maybe.

Sure fake. I remember them saying that 6 core cpu is really recommended as minimum and from their current recommended cpus (ryzen 1300x) game would run awfully unstable and far from 60fps. Game was really badly optimized and I doubt it has suddenly changed.

Tried the demo, runs great on my rig, 60fps easy not very demanding. It does not work in ultrawide so hopefully it will in the release. Thats one game that would look incredible in uw.

Since GD no longer shows the resolution on hover and made it a PITA to find out from the profile, it would be nice of you to mention you ran it at 1080p.
60 isn't useful to those who play on higher refresh panels either, so would be good to know an unlocked value.
Just my 2 cents :P

Free demo, download and try it lol. I run freesync so i only run uncapped fps in competitive games with enhanced sync, screentearing gives me a headache.

I can't stand tearing either, hence the G-Sync screen :)
Though I still don't understand why the resolution was removed and is so hard to access now... Someone might say "runs at 60fps on my rig" and they might be playing at 720p for all we know. Bad choice, IMO.

This might be off-topic but why has everyone been having so many downvotes lately... So many ppl discussing on forums have red active reps

It's because people just downvote out of pity or jealousy but it's all good doesn't mean anything lol. I probably got mine from telling people the difference between a remake and a remaster.

A wave of people who can't handle a different opinion. And since GD decided to follow the social media bandwagon and remove comment downvoting in a bid to "become a more positive place" - our reps suffer - it's no longer what you say that gets downvoted - it's YOU. I argued against this a lot, but my arguments fell on deaf ears - apparently it's more "positive" this way... So we live with a bunch of negative rep nowdays. At the end of the day it's just "some site on the internet" - it does not impact my personal life in any way.

I thumbed+ u Bluej

Same, id run it again but uninstalled it. I must say 144fps should be doable without a monster system, i was barely using gpu usage and memory clocks and that was the game maxed out without motion blur. I'm happy how well my V64 is doing compared to my friends who have 1070/1080s in their rig.

People had their feelings hurt by seeing their comments downvoted, so in an effort to increase "positivity" on the site comment downvotes were removed, having any disagreement flagging your reputation points instead. True positive place. :)

I went a bit up in rep and then down again, because I dared say that modern CPU advancements per-core are a bare 20% over my 2013/2014 tech. Some people are butthurt, what can you do, other than bask in the "positivity" xD

I don't get why they just don't get rid of that popularity contest altogether. For "positivity" sake. At least with comment downvotes I knew where I pissed people off. Out here I just get to guess while waiting for a monthly ban to expire.

Same here. At -6 I'll soon be freakin' silenced altogether. What a "positive" place...

After all, what's a more positive place than an echo chamber.

Remember me young and beautiful :D

Fun fact: I recently noticed that I lost my "admin approved" badge xDD
(not sure when, but I'm pretty sure I know why)

Seems like a lot of the badges are gone, i used to see way more.