Sega unveils Game Gear Micro for their 60th anniversary, a console that fits in your palm

Remember when handheld consoles were massive? And I’m not talking about the PSP or the recent Nintendo Switch, but those old-school classics like the Gameboy and all those other rip offs that came after it. Anyway they were huge a while ago, and even though some of them only had the capacity to display two different colors, they were fun and most importantly, they were a novelty.

Now Sega is celebrating their 60th anniversary, and to commemorate the occasion they are releasing the Game Gear Micro; a handheld gaming device that literally fits in the palm of your hand. Based on the original Game gear from back in the 90s, these things are so tiny that I’m sure prisoners will be able to smuggle them inside their cells with ease. Measuring only 80 x 43 x 20 millimeters, they are 60% smaller than the original. Watch the very typical Japanese advert for them below:

If you somehow managed to follow that, there will be four Micro Game Gears available in different colours; Black, Blue, Red, and Yellow. Each colour comes equipped with 4 different games, which unfortunately can’t be swapped out, but each colour only costs 4,980 Yen, which is roughly $50. They’re exclusive to Japan when they launch on October 6th, but I’m sure they’ll make their way over to the rest of the world at some point after that.

Thanks to the size, each Micro will last about 3 to 4 hours on just 2 AAA batteries, compared to the measly hour of battery life with 6 AA batteries on the original Game Gear. Fortunately, if you think the 1.15 inch screen is too small, then Sega is also offering a ‘Big Window’ adapter for free to anyone who purchases all 4 Game Gear Micros in one bundle. 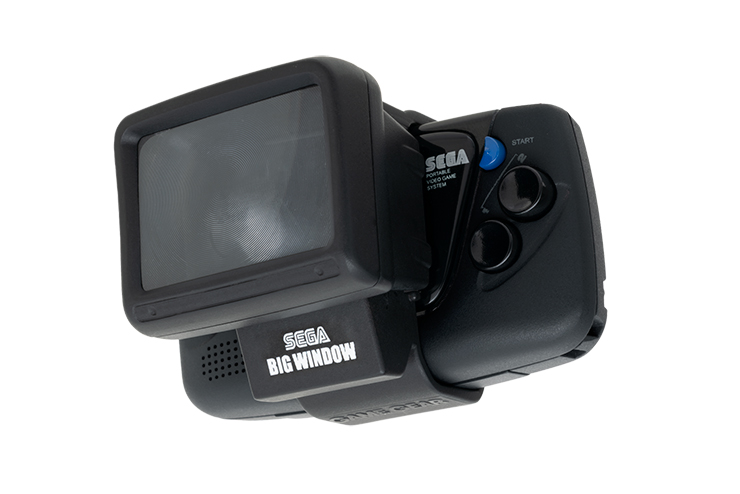 Now the real question is: when will Bethesda see the opportunity to release a Skyrim Micro Edition?

What do you think? Would you be interested in the Game Gear Micro? Which color are you most interested in? And would you like to see more handheld consoles in the future? Or are the smartphones in our pockets enough? Let us know!

Which color do you prefer?

Would you get a Game Gear Micro?

How many would you buy?

Fantastic. I assume they'll also be including a set of those jeweler's magnifying glasses so we can see the bloody thing without it being 2 inches from your face?

Seriously though, somebody figure out who came up with the idea, who authorized the idea, and 6 other random people who thought it was a good idea, and fire all those people immediately.

Screen too small. This is pointless.

How about you bring back the old games. My Game Gear still works, the thing just doesn't die.

I´m sega fanboy but this is stupid. The gg was my very first console I saved the sandwich money for three months with my brother to buy it. I find it ridiculous that this is the 60th anniversary announcement. And that it is so small that it is unplayable. I do not feel like even for doing the grace and that my children see it.

Why does this sound like so Sega thing to do so wrong.... :-D Anyway, good luck with that Sega. That poll for "How many would you buy?" really desperately lacks option for 0. Shame, they could at least have tried to make decent nostalgia portable machine, they have good legacy, but this just isn't it.

Saw these in an LTT video a little while ago. Wacky things. I don't know why they exist :D

I was so disappointed by that announcement. I wish they would have released a "new" Game Gear with lots of games included (like the Nes Mini). The Game Gear Micro is just a gadget and it's expensive and with few games included.

Nah I'm good...... I had a Game Gear back in the day..... great system, but this is crap.... these literally remind me of a cheap electronic toy you might find in a Gashapon capsule, and they want $50 each for them? For 4 games?

See if you're gonna make a portable console, make it do something my phone can't do within 30 minutes of looking on the internet. I carry enough stuff around already; this is a don't need, don't want product in my book.

Not worth it, too expensive, should be one console with all games and off course, some easy hack.

All I want right now is a new DS and PSP from Nintendo and Sony. I can play my sega games on very accurate emulators on the PSP, or dish out my sega consoles(which I don't do, just now worth it considering how unfrequently I play sega games).

Fun project for the developers, but why would anyone want to buy this though? Probably only if you like to play retro games on the go and don't want to mess with phone emulators and downloading roms

As much as I love the idea of an ultra-portable Shining Force, man the text is gonna be a pain to decipher on that tiny screen.