I was just having a look online and stumbled across something pretty cool in my opinion and thought I’d let you guys know! Acer have just recently unveiled their Predator X25 gaming monitor which features an astounding 360Hz refresh rate. Whilst it may not be the first monitor to get that high, it certainly makes up for in other features that make this monitor a pretty good fit for competitive multiplayer gamers.

The 360Hz refresh rate does come with a bit of a hitch though, in that the monitor is only 1080p resolution rather than the standard 1440p like most other gaming monitors. But the high refresh rate will surely still give you an edge in multiplayer games. Plus support for Nvidia’s G-Sync technology will ensure no screen tearing or broken immersion. 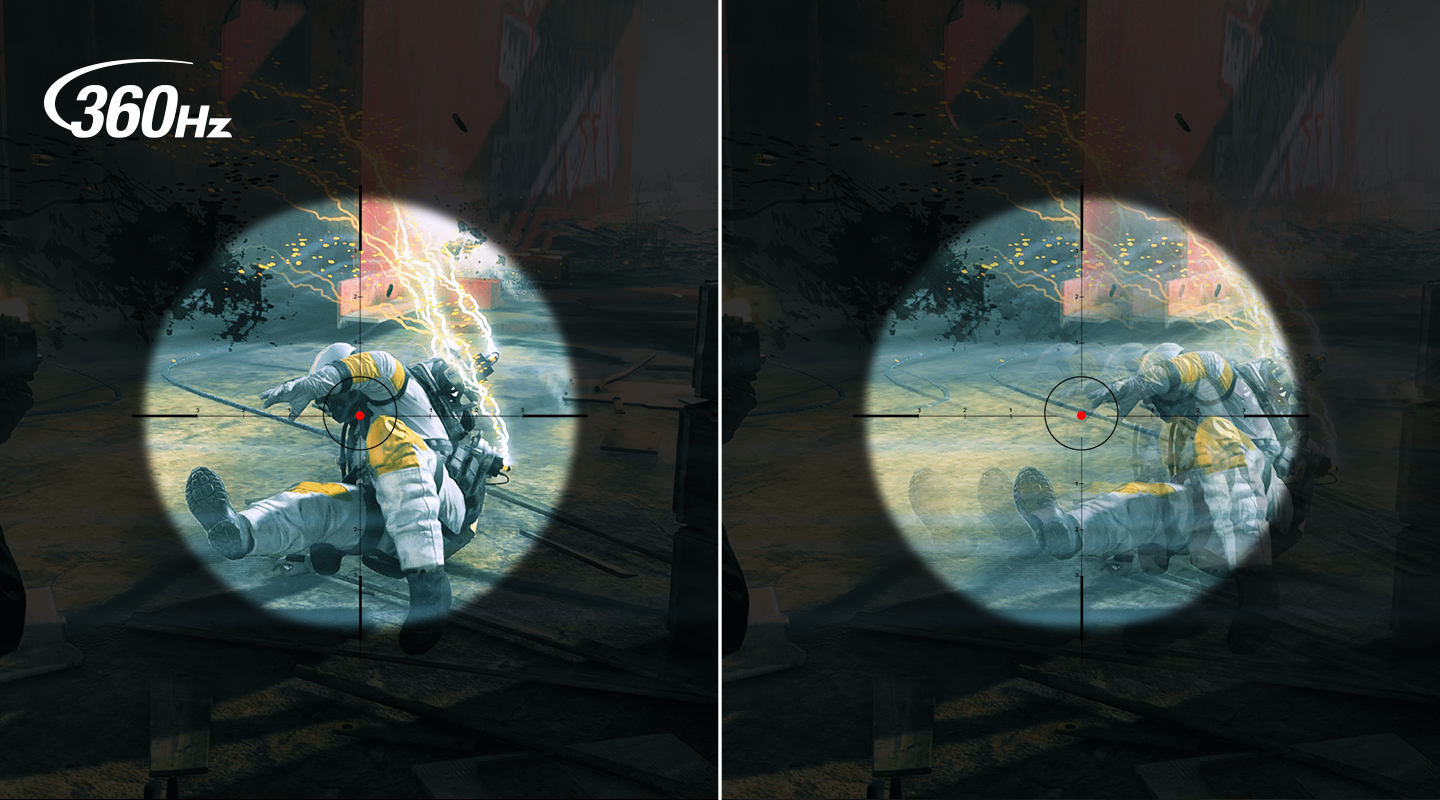 If you’ve ever felt like you’re having trouble staring at a screen for too long, or having it too bright in the dark, the Predator X25 gaming monitor also includes a bunch of eyecare features like Acer’s AdaptiveLight technology.

Acer’s AdaptiveLight technology allows for the sensors on the Predator X25 gaming monitor to detect the amount of light in the room and then automatically adjust brightness for “optimal illumination and ideal color temperature.”

There’s even a handy ProxiSense tech which will notify users after long periods of gaming to allow for some much needed breaks for your eyes. 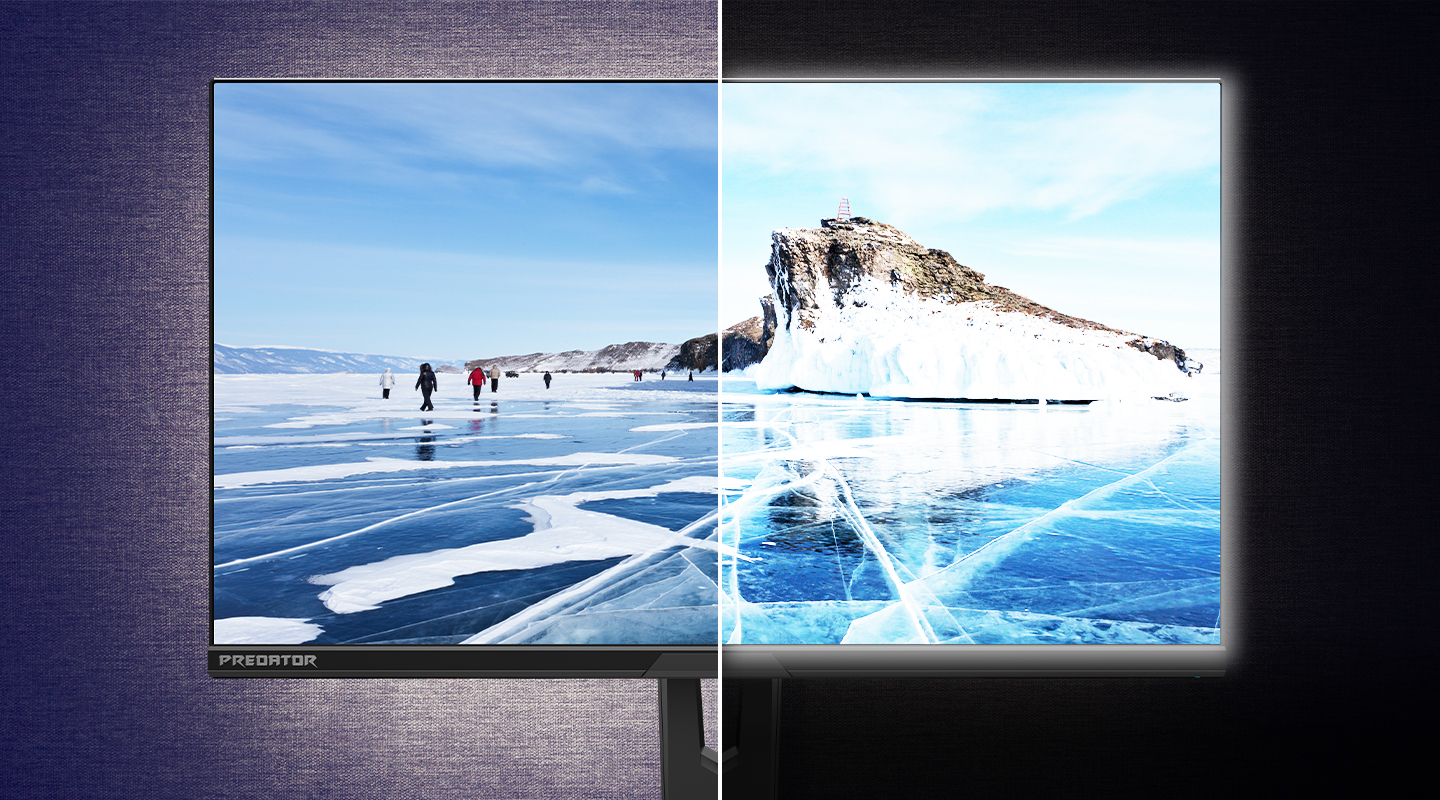 The ergonomic design features screen tilting of up to 25 degrees backward and 5 degrees forward with 4.7 inches of adjustable height and even includes a swivel feature for up to 30 degrees of swivel rotation.

Finally, the Predator X25 gaming monitor also includes some RGB lighting on the back of the monitor, which can change color depending on what’s being shown on screen, or even react differently to the type of music being played.

In a time where we’re starting to realize how dangerous it is for our eyes to stare at screens all day, it’s nice to have something with built-in eyecare features to help us. And the 360Hz refresh rate will surely be blast for multiplayer competitive titles. Imagine your reflex skills whilst playing something like Call of Duty Warzone or Rainbow Six: Siege.

There’s no price or release date confirmed just yet, but Acer will surely announce something soon.

What do you think? What kind of monitor do you have in your setup? Is this something you would be interested in getting? What other features would you have liked to see? Let us know!

I have to see this in person. This isn't something I can buy just off of reading and looking at screeshots.

Lmao, the comparison from the first pic. Does 60Hz look like that to your eyes? Come on, this marketing needs to stop. Eventually it will become like AliExpress where they show charging power with lightning and screen protectors are bullet proof.
Anyway, what happened to interesting technology? Such as HDR, better color space and brightness.

At that point it's often less a GPU problem and more a CPU/engine/API one. Even at 144Hz we see this often. If I get, for example, 80fps at 5K and 80fps at 1440p - what do you think is stopping me? :D
CSGO and Overwatch will work fine, probably a few MOBA games too. Most other, more graphically advanced games - those will often have engine/API derps that prevent achieving high fps no matter what.

Does Vulcan help in that regard?

Both Vulkan and DX12 will help, of course, since they have a more direct access to the metal. But you CAN absolutely have fast-running games on OpenGL and DirectX 11 and earlier, just that you have to watch out how you load up the API with various effects. Ubisoft's games are a prime example of how DX11 can be loaded up with so much crap that ultra settings will produce the same fps at 4K+ and 1080p on a powerful GPU, whereas you start getting a LOT more frames when certain effects are set lower and/or outright disabled.

Thx for the deep-dive.

100Hz is ok, but for shooters I prefer more than that.

At some point panel makes need to realize they cant keep adding resolution/frame rate without diminishing returns. Im not a professional fps player so i´ll continue to be happy with my 1440p 144hz panel. I would like to see 120hz 50 inch tv come down in price.

After 8k resolutions, I believe color accuracy and range is the next big thing, but I think they'll first try to match HFR with high resolution and later focus on HDR. Anyway, I'd love a 34" 21:9 HDR monitor with D3 color space and 5ms delay (since anything above causes ghosting in games).

the only user base i can think of who can actually utilize monitors with more than 144hz+ are competitive games such as csgo. Dont expect nice image quality with these 240+hz TN panels so there is that cool i guess...

I have literally never seen one of those side-by-syde images regarding refresh rate that came anywhere close to being an accurate representation of just how awesome the thing is supposed to be. I've got a 144hz monitor and a 60hz TV. The difference is, honestly, negligible under the vast majority of circumstances. I suspect anything over 144hz is probably even more inconsequential, and anyone who claims otherwise is only seeing what they have convinced themselves is there...

IMO to call 60Hz vs 144Hz "negligible" is just outright wrong. Unless you mean the marketing images, which usually show something blurry or pixelated - those are stupid and yeah, IRL none of it happens. But if talking the smoothness between the refresh rates - yeah, I can't agree. 60Hz feels like lag after 144+...

You can bet your arm that esports players will be all over this.

I wonder how smooth it is while navigating throught the desktop with 360hz, must be amazing XD

For the 1% of PC gamers that have hardware that would justify a monitor like this. I'm not sure that Acer have thought this through.

This is mostly for e-sports where pretty much any rig can get 300-600 fps.

They can, but there comes a point where FPS exceeds the practical application for which the measurement exists. It's similar to new vehicles with the auto-adjusting suspensions that monitor and adjust upwards of 1000x a minute. After a certain point the number becomes meaningless because it provides nothing in the way of practical, measurable difference. Similarly, from 200fps to 600fps the amount of demonstrable in-game benefit is almost non existent.