It seems that CD Projekt Red are relishing in our torment, as they keep showing off more and more screenshots ahead of the game’s delayed launch in November. Nevertheless, they’re always very pretty to gawk at, and now the official Twitter account for Cyberpunk 2077 has released some very interesting pieces of concept art revealing the super-rich district of Westbrook.

“Westbrook is considered by many to be the best place to live and have fun in Night City,” the post says. “If you’ve got eddies, you come here to spend them. And if you don't? Well, take out a loan and pretend you’re on top of the world — even for just one glorious night.” Have a look at the concept images below for a peek at the mega-wealthy district: 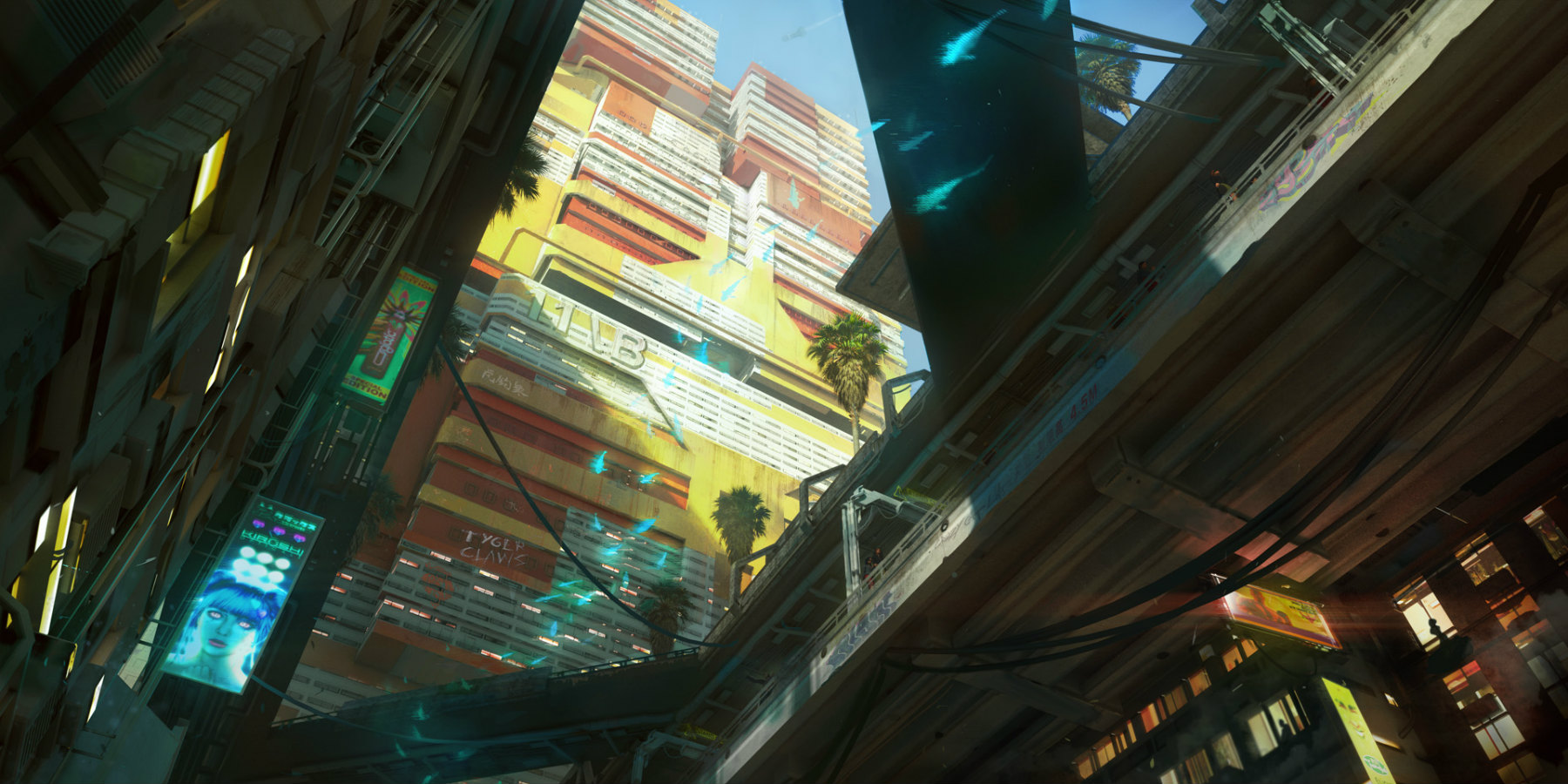 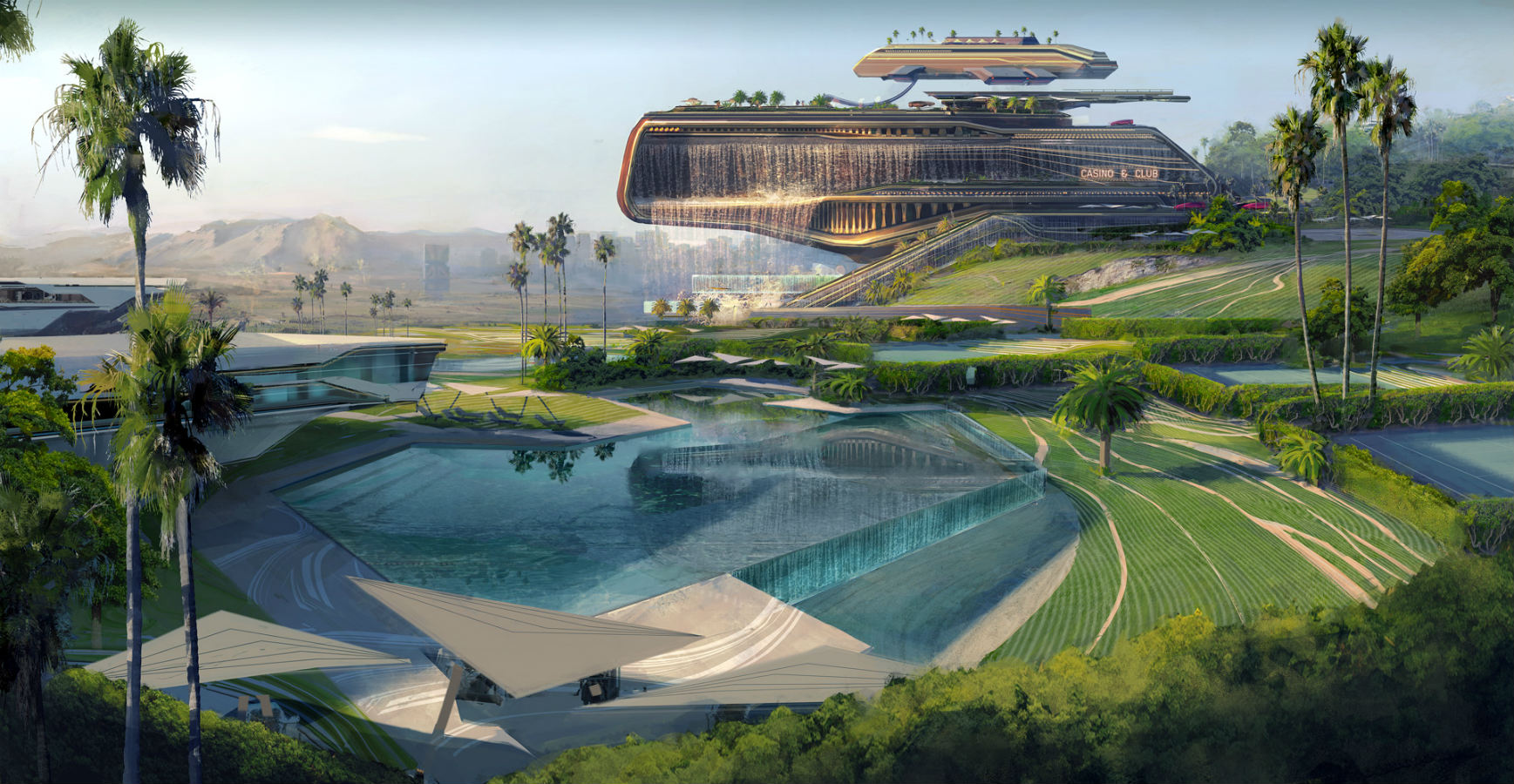 Cyberpunk2077 is set in a futuristic dystopian world, where the class divide is even more apparent. Sprung from this divide are very unique visions of fashion, style, and architecture. Westbrook is the epitome of mega wealth and style, as the senior concept artist for CD Projekt Red, Marthe Jonkers, said “It’s a newer style from the later history of Night City. The gap between the rich and the poor got bigger and bigger, you get these super-rich people.”

They call this style “neokitsch” in the world of Cyberpunk, as the super rich and wealthy elite “have their own sort of visual language, visual style, and that’s neokitsch. Neokitsch is really defined by being very colourful, but also using expensive materials, because they're really rich. Usually, that means very natural materials, animal prints and things like that.”

So not all of Night City is doom and gloom and wet cardboard on rough concrete, or decaying metal panels and exposed wires, there are different areas each with their own distinctive styles that players can visit.

You can experience the district of Westbrook when CP2077 officially launches on November 19th.

What do you think? Are you excited for Cyberpunk 2077 still? What will you do when you get to Westbrook district? What other kind of districts would you like to see? Let us know!

That rich disctrict looks really good, im stil interested in this game but definately not hyped anymore after seeing all the gameplay they have revealed and the stuff they just ditched, good thing is im not expecting a perfect game after it got delayed and i think it is better that way so that we dont expect something without any flaw but i think it would still be a 10/10 game just like RDR2 was not perffect but a really good game

I follow a similar policy with Star Wars which I am extremely fanatical about. Whenever a new episode is announced or comes out I avoid everything related to it until after I have seen the episode. I will even completely avoid official trailers.

Dude you could add a few commas there