Back when Epic revealed the Unreal Engine 5 tech demo, there was lots of interesting and exciting stuff to talk about, one of them was the new Nanite technology which allows for developers and artists to create as much geometric detail as they want and even import film-quality assets in real time.

But the demo also ran at a rather sickening 30fps (at 1440p resolution though), but according to Epic, thanks to the Nanite technology the PlayStation 5 could easily render it at 60fps. We already know that the Nanite tech is not very demanding at all, with the entire UE5 tech demo being just as taxing on the GPU as Fortnite. The demo also used under 1GB of ram.

Despite all that, a single statue from the demo contained around 33 million polygons, with some scenes reaching a total of 16 billion polygons on screen. 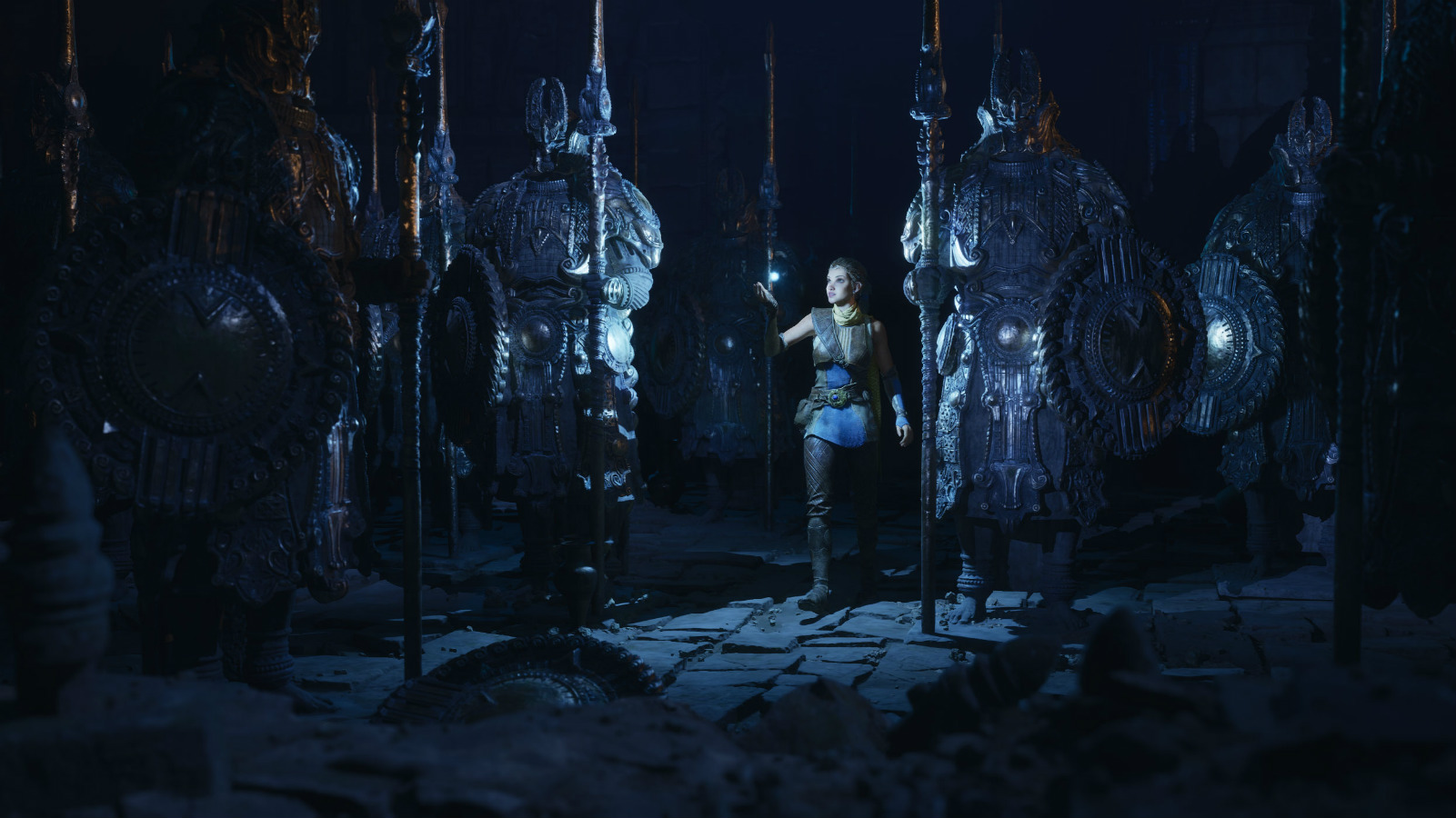 And that final scene of the demo where the character soars through the air passing multiple structures, some of which are falling apart, contains roughly 500,000 super high-polygon objects, and Epic says they can also easily reach 1 million objects on screen at a time with the next-gen consoles. 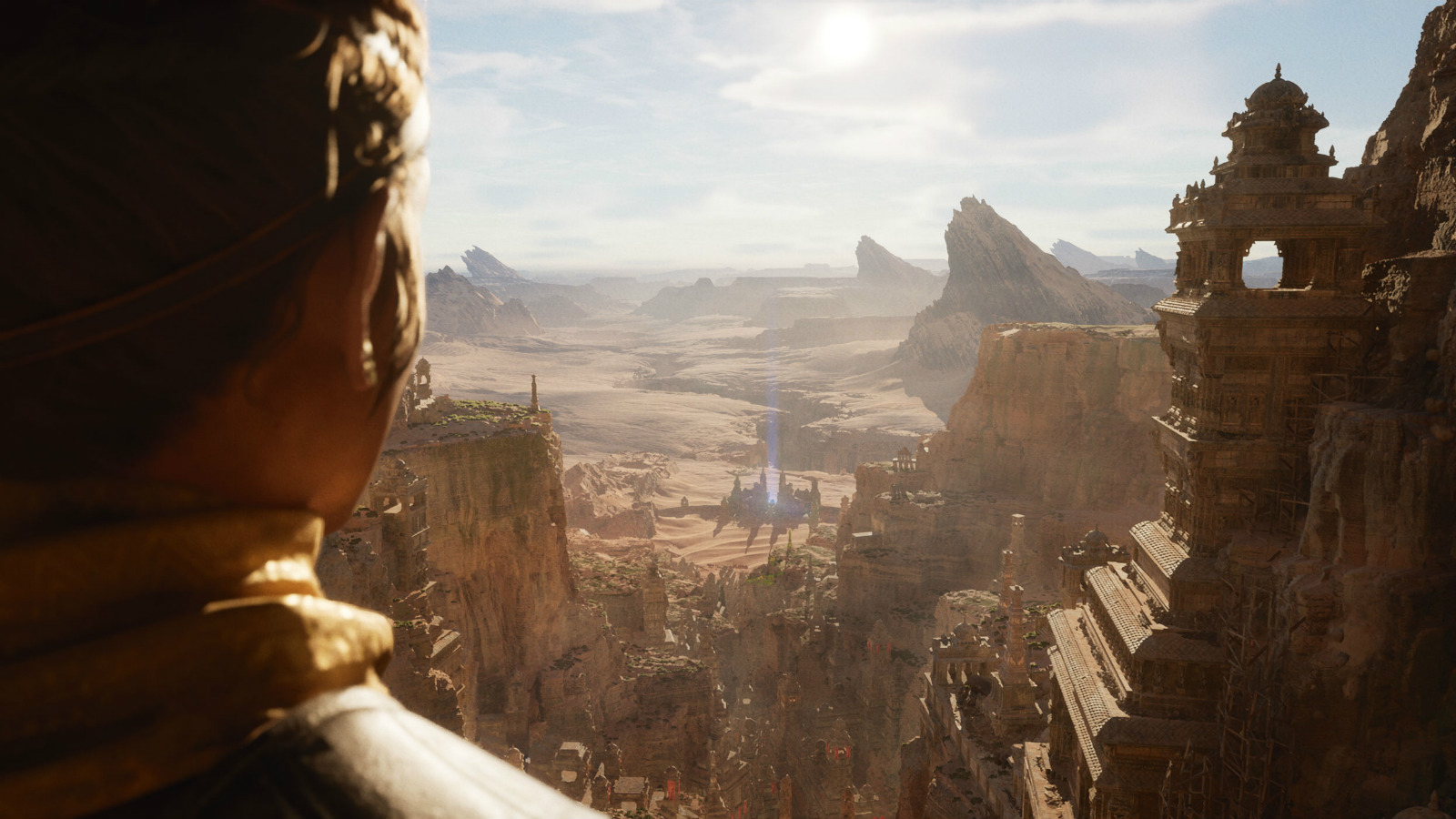 Okay so why did the demo run at 30fps if it can apparently “easily” render at 60fps? Well remember the other technology on show for the demo? It made up the first half of the tech demo’s actual title, Lumen in the land of Nanite. It’s essentially a much more advanced and dynamic version of global illumination, and it’s the exact reason the demo ran at 30fps rather than 60.

But Epic stated that they still have improvements to make (no doubt why the official release of the engine is slated for launch around late 2021). Those improvements include getting the Lumen tech to be less demanding, and allow for that 60fps target.

Nanite also apparently has some improvements to make, as the tech is also not that great at rendering translucent or non-rigid objects and materials like grass or hair, which is why the demo was specifically set in a rocky desert, devoid of any amount of vegetation.

What do you think? Is UE5 the next leap in graphical fidelity? Or will the quality come at a price of instability? Let us know your thoughts!

I mean Tim Sweeney already got his cheque for stroking ps5 (sony). But his committed now i quess.

Wouldn't trust a word coming from a company owned by Tim Sweeney.

member the new gen consoles provided by AMD can match a RX5700.. does that mean both consoles lmao

i am guessing moving down from movie quality assets to game assets will give a huge performance boost as well?

hey guys will procedural destruction be improved in upcoming games?

Wouldn't trust a word coming from a company owned by Tim Sweeney.

I mean Tim Sweeney already got his cheque for stroking ps5 (sony). But his committed now i quess.

I'll believe everything when I see it. They could easily release the demo for people with decent PCs and SSDs to test, but it's all just marketing blurb right now (and Sweeney is a bit arrogant). The water simulation in the demo was also very bad, for example, no reflectivity was shown off, etc. I have a feeling they tried to bite more than they can chew and now the excuses and explanations are coming out. By the time they fix all the problems, the tech won't be as fast and lightweight as the promises lead people to believe. That's my prediction, anyway.