The Darkness 2 DLC Gets Cancelled By 2K

The Darkness 2 sure is an innovative shooter, hence it made it to the top shooters of this year, but still apparently it did not meet the expectations of sales, since it sold well below the original goal of 1 million copies.

The Darkness 2 falls into the same group as Binary Domain and Bulletstorm, and therefore did not sell well enough for any further plans on DLC or even a sequel but were stand up titles in their own rights...

The game featured a really interesting mechanic that let the character dual weild guns and then added an extra two demonic arms that the player could use in melee or for finishing off a weakened enemy in some gory fashion. Combine this with the cel shaded environment and the clever use of light and darkness and you have a great stand out gaming experience.

It's a rather refreshing gameplay mechanic considering most of the shooters lately consist of modern day, realistic gun play. Apparently the DLC would have continued where the story left off, including new weapons and an addition of more Darkness relics.

Well this will be left in the air, since 2K called off the production of the DLC due to the lack of sales, and possibly because they are putting more emphasis on working on other DLCs which have sold more games, like Borderlands, which so far will receive a total of five or six DLC during 2012 and 2013. And thats only the ones we know about.

We would have really liked to see The Darkness 2 expanded. What are your thoughts about this?

It was empty & hollow. The Darkness 1 made me feel trully sad & angry about "what happened". The Darkness 2 just cheapened the emotive story which 1 tried so hard to create.
It was far too grotesque as well

Oh I can see why you felt the grossness :p Yeah it wasn't as emotive, although it's pretty noticeable they tried to do it so

I've always wanted to read the comic books on which this game is based.
Too bad it didn't get more attention.It deserved more attention and appreciation =/

I played the first Darkness game for Xbox. Beat it and loved it. I played the demo for The Darkness II. Beat and and had mixed feelings; The cel-shading artistic style they went for in part 2 hadn't grown on me. Curious to see if playing the full game will allow me to look beyond that.
I will be snagging a copy for PC once it is the "right price" for me :)

Steam christmas sales? It would have been harsh if it wasn't cel shaded, it's pretty graphic, but still there's the option of turning off the gore

STEAM usually has its annual Christmas Sale this time of year. I like Cel-shading in games (Killer 7, Zelda-Wind Waker) but for The Darkness II, I would of liked the art direction from the first game.

You are so right about this game didnt get any attention.I mean I never heard of this until now :D

Thanks for giving me the point ;) I can't believe it actually, it made some noise though 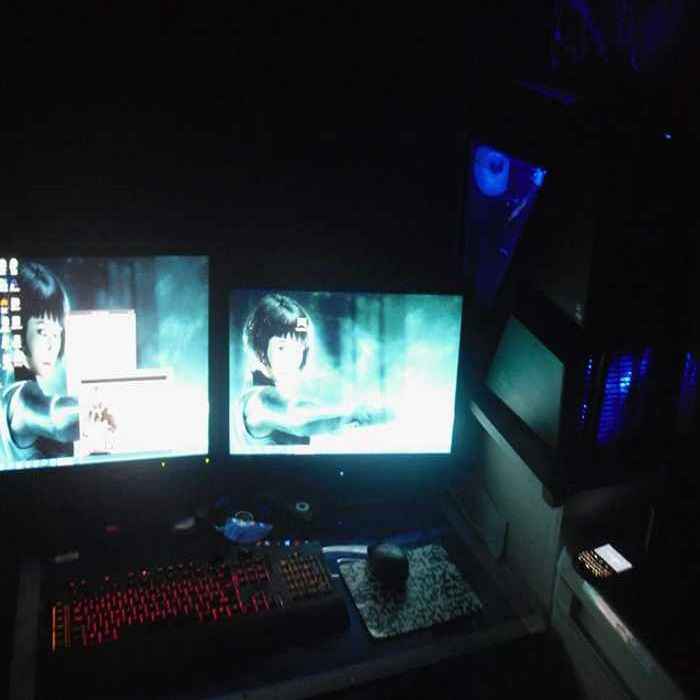 To be honest i never played darkness 1 either :/ i only saw friends playing it. DIdnt really show much va va voom to make me get it :P and i knew their was a second but it wasn't something i even looked at a trailer for

Yeah I can see that. I did not play the first one either actually

It was just missing SOMETHING to give it credit