The Xbox Games Showcase came and went last week, and whilst it was clear that Halo Infinite was supposed to be the main takeaway, it was Obsidian who kind of swept the floor with their slate of 3 upcoming projects; including their brand new fantasy RPG Avowed being one of the most anticipated games from the reveal.

But not much is really known right now, other than the name and genre, as we only got a short CGI teaser. But, an alleged leak may have given us the best insight into the game and what we might be able to expect when it eventually comes out. The leak has been credited by a known insider already, Klobrille, who recently leaked that Fable 4 would be revealed at the Xbox Games Showcase a week before the actual reveal.

So then what’s the info? Well, after stealing the spotlight from Bethesda before by making the arguably best Fallout game in the franchise, Fallout: New Vegas, Obsidian seems to now be tackling the Fantasy genre much like Skyrim. The leak suggests there will be all kinds of gameplay systems and mechanics at play, which all sound pretty cool to be honest. 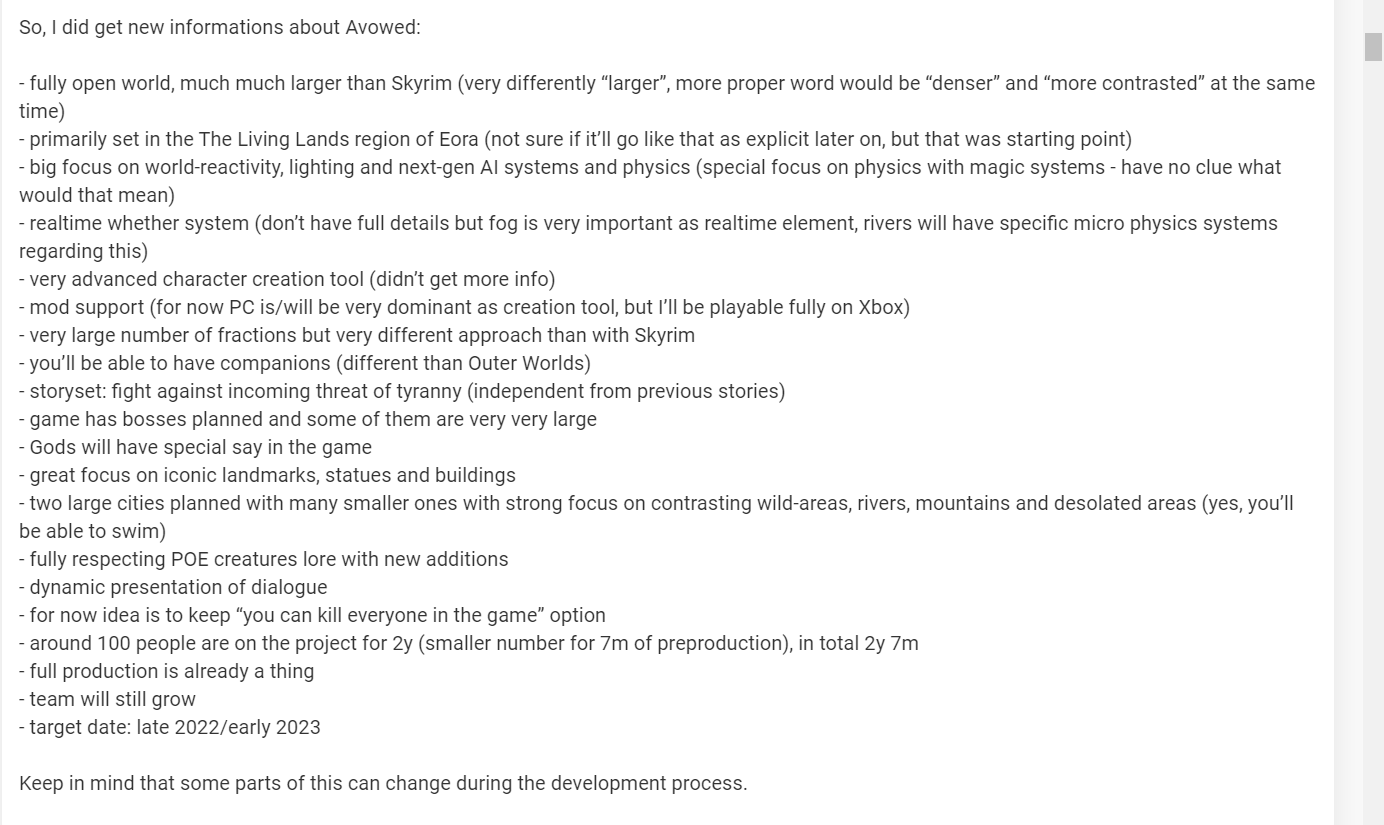 First of all, Avowed will reportedly be a full open world much like Skyrim, but a much denser version too. It will also be set primarily in the Living Lands region of Eora, which as some of you may know is an area in the Pillars of Eternity series. The story will apparently focus on a “fight against incoming threat of tyranny,” but will be independent from the previous Pillars of Eternity storylines.

There will also allegedly be a big focus on world reactivity, lighting and next-gen AI systems and physics. Though Sponger also mentions that there is a “special focus on physics with magic systems,” but has no idea what this means. What do you think it could mean?

There will also apparently be a real time weather system; with real time weather elements and micro physics in rivers. There’ll be a very advanced character creation tool, mod support on PC (apparently a big focus, but will also be available on Xbox), a large number of factions, and of course, companions.

The game will supposedly include boss battles with some of them being “very very large,” the gods themselves will have a special say in the game, and there will be a big focus on iconic landmarks and buildings. Two large cities have been planned with many smaller ones surrounding them, and a strong focus on contrasting areas around them like wild areas, with rivers, mountains and desolate areas.

It will fully respect the lore of Pillars of Eternity, including the creatures, along with new additions, plus a “dynamic presentation of dialogue,” whatever that means. Finally, it sounds like the “you can kill anyone and everyone” gameplay of The Outer Worlds will return in Avowed.

That’s a pretty hefty amount of information to swallow right now, and it’s a shame none of this information was officially revealed at the Xbox Games Showcase. Though I have no doubt that Obsidian is just waiting for the right time to show it all off properly. Unfortunately though, the leak also mentioned that the target release date is “late 2022/early 2023,” so we still have a long time to go until we get to see anything more substantial.

A user known as Sponger leaked the information on the Reset Era forums, which another Twitter user known as Joe_Sinister1 picked up and took a screenshot: “Some info on Avowed,” they say. “@klobrille Is "Sponger" an insider or something? I don't think i've seen this info before now.”

“From everything I know, he is legit,” Klobrille responded. 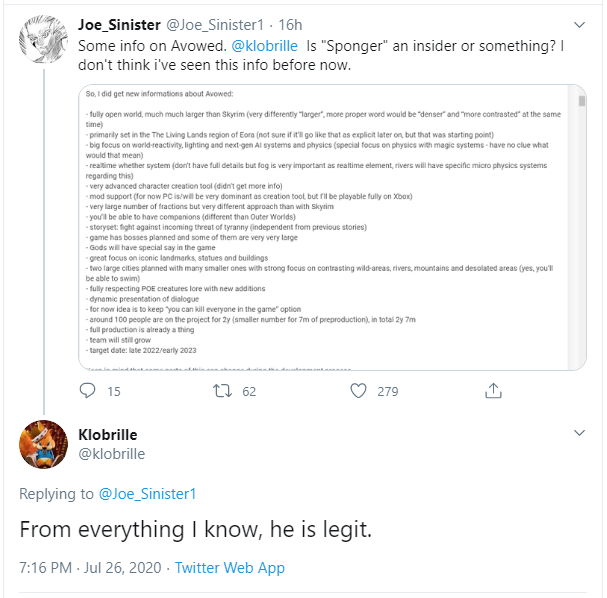 So it seems like the leak could be credible, but even still let’s take it all with a grain of salt, and just as the leaker themself suggests: “keep in mind that some parts of this can change during the development process.”

What do you think? Are you excited for Avowed? What excites you most about the leak? And what are you hoping to see in the game that wasn’t mentioned? Let us know!

Are you excited for Avowed?

I'm glad to see that we will have an alternative to another Bethesda production. I'll be watching this games development closely... I'm always a fan of detailed character development and deep rpg worlds 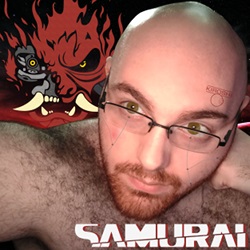 So a TES style game set in a better universe made by the studio that makes better bethesda games than bethesda?

Sign me up for a ticket aboard the hype train.

its not gonna come for another 2 yrs at least ..and XBOX showcased it ..tryin really hard to sell the console ..same for Fable

Showing games way before they come out is normal for e3 type events sony does it all the time as well not saying its a good thing though.

I'm glad to see that we will have an alternative to another Bethesda production. I'll be watching this games development closely... I'm always a fan of detailed character development and deep rpg worlds

I have faith in Obsidian, but I'm not so sure their current writers are that good. Compare New Vegas or Tyranny with Outer Worlds and you can tell how much the quality has dropped after Sawyer and Avellone left.