When Larian Studios announced that Baldur’s Gate 3 would be getting an Early Access launch in August, they promptly ended the announcement trailer with a big hard “maybe” at the end. Now it seems like that was a little bit too optimistic, as they have officially announced on Twitter that they won’t be hitting the August release date for the Baldur's Gate 3 Early Access.

“Good news and bad news. BG3 won’t hit August, but it’s just around the corner. We’ll be announcing the release date, as well as big news on the Panel From Hell alongside @geoffkeighley, @LarAtLarian and the Larian crew. Tune in Aug 18th. https://baldursgate3.game” 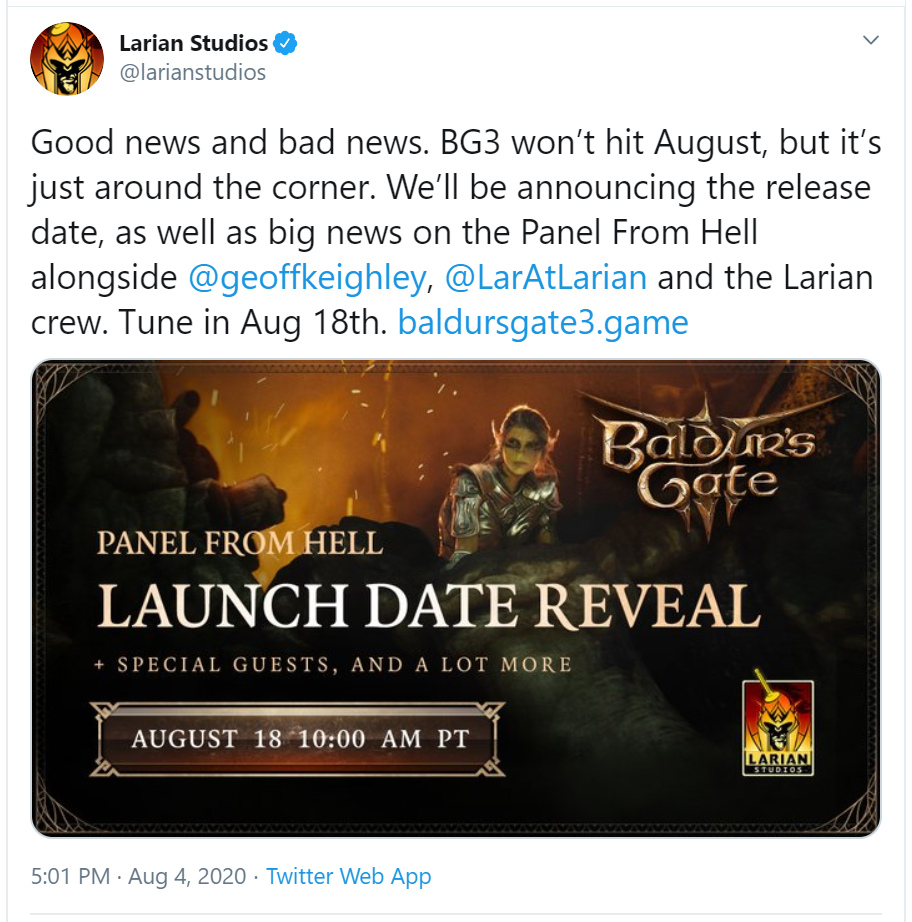 So it looks like we won’t be jumping into the world of Baldurs Gate anytime soon, hopefully it will only be a month’s wait and we’ll get it in September, but we’ll have to wait to see what Larian themselves say on August 18th during the Panel From Hell livestream.

You can watch the stream on the Summer Games Fest YouTube channel or directly through Larian’s own Twitch channel.

What do you think? Were you excited to play the Baldur’s Gate 3 Early Access? What are you hoping to see at the panel? And which D&D class do you normally pick? Let us know!

When do you think Early Access will release now?