Up For Debate - Does MS Flight Sim make you want to buy new PC hardware?

The recent release of Microsoft Flight Simulator has taken the world by storm, not only does the game struggle with today’s PC hardware, but it was also revealed earlier that the game is estimated to generate a total of $2.6 billion over 3 years in PC hardware. So considering all this, and whether or not you’re an avid Flight Sim fan, does MS Flight Sim make you want to buy new PC hardware?

And just to be clear, we’re talking about all types of hardware: not just PC components like graphics cards or CPUs or additional RAM, we’re also including third-party peripherals like throttle sticks or pedals or even a VR headset (when VR support eventually arrives).

Even if you’re not a diehard fan of flight sims, you have to admit that Microsoft Flight Simulator is one of the best looking games out there at the moment, and I think anyone would be interested in seeing the game run at an incredible 4K 60fps. Plus, peripherals add a whole new layer of immersion just like VR does, and I’m sure anyone would want to experience something like that.

So what do you think? Does MS Flight Simulator make you want to buy new PC hardware? If so, what kind? PC components or peripherals? Let’s debate!

Do you want to buy new PC hardware for MS Flight Sim?

If so what kind?

why would anyone normal buy new hardware for that unoptimised piece of **** SIMULATOR.Itis not a GAME its a sim.And a bad bad bad optimised one.2060 results are the same as a 2080ti's adn u want me to buy a 3080 for it? F U

They are under utilizing cpu cores for sure, but at 4k you still get a lot of scaling with better GPUs. Either way it is the most incredible sim I ever played, and just incredibly fun and immersion. On a 2D screen , anything above 30 FPS is very playable.

Meh, 15fps and above is enough for this game according to a friend of mine who is a big plane fan and currently in aviation. :D

Don't need to upgrade for playing on 2D screen. Now I do want to play it on VR when HP Reverb G2 comes out. For that there is no question that I might need an upgrade that is yet to hit the market (top of the line Nvidia Ampere or Big BIG Navi). Heck I am not even sure that will be enough.

I am getting nice cinematic framerate, so i think i am fine.

No lol, I don't want to upgrade for just one game while everything else runs great.

my pc is too weak for anything nowadays

Just the gpu, the rest is fine

But can it play Crysis proprietary 12 pin PCIe connector.

The game could look literally better than reality and I'd still not care.
It's a ****ing flightsim... no offense to fans of such, but to me, literally doing nothing at all is less boring. 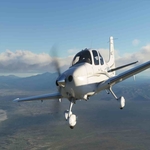 I’m building a gaming PC in general, but I am getting 32GB RAM instead of 16 because of this sim.

it's not about if you want new hardware bc of some game, the req hardware is like 2080and that thing alone costs more than 1000eur...no thnx, this game is not for you unless you are diehard fan of planes and I'm not one of them, this game looks beautifull but I think it's overhyped

Don't have the sim gear for a plane so no.

i mean if you think about it any hardware upgrade always comes down to the need for better gear for a piece of software, whether it is a new high intensity function on something like premier pro. Or if it's a new game that your old piece of hardware can't handle anymore. So i don't think we should shame people for upgrading for a specific game (which i have noticed people have a tendency to do on this site). In this case it is not MSFS2020 that is making me upgrade. But another game coming out this year which i wanna play maxed out :)

I know this question isn't aimed at me cause I would never play simulators anyway.

Not until the release of next gen GPUs since anything available today is struggling running the game smoothly. This game was clearly built for next gen.

I played the game and the FPS is all over the place, heavily dependent on the aircraft you're flying as well as location.

You may get 60FPS in the sky but 18FPS on average as you approach the airport. Again, depending on where you are trying to land and in what.

Game needs a performance patch for sure it seems...