World of Warcraft: Shadowlands PC system requirements require an SSD and a GTX 1080

Well now the system requirements for Shadowlands has been revealed, and oh boy have the specs increased since the last DLC. Not only has the recommended GPU jumped from a GTX 960 to GTX 1080, but the game now requires an SSD storage solution even on minimum specs. You wouldn't exactly expect it, but it seems like WoW will be one of the first games to usher in the next-generation of PC system requirements before much else.

Aording to Blizzard, these requirements potentially may change over time as the game gets more and more updates, but probably not by much I reckon. So now take a look below at the official World of Warcraft Shadowlands PC system requirements...

If you want to play World of Warcraft: Shadowlands at the recommended system specs with 1080p screen resolution, your PC will need at least a GeForce GTX 1080 or Radeon RX Vega 64 graphics card. The processor required to meet the recommended specs is either an AMD Ryzen 7 2700X or Intel Core i7-6700K CPU. This PC setup should give you 60 frames per second at the highest graphics settings. 8GB of system memory is also needed to meet the World of Warcraft Shadowlands recommended specs.

In order to meet the minimum system requirements for World of Warcraft: Shadowlands you will need a GPU thats as powerful as a GeForce GTX 760 or Radeon RX 560 or Intel UHD Graphics 630, this should then be paired with either a FX-8300 or Core i5-3450 CPU as well as 4GB of RAM in order to match the minimum specs. This setup should deliver 60fps on Low graphics settings at 1080p resolution.

Lastly, looking over these requirements for World of Warcraft Shadowlands you should consider the DirectX apability of your graphics cards, as WoW Shadowlands requires a GPU apable of DX12 for the best performance. Overall, a PC setup with modern hardware from the past 4 years will be able to play smoothly.

Wait what actually needs SSD in this game? I either didnt read properly something or this sounds like loads of bullcrap to hype with buzzwords "next gen requirements"

My guess would be two possibilities, either they will ramp up with amount of things in world and game will need to stream more data from disk as you move around, meaning HDD will cause stutters or pop-in, beside long loading times. Or they are dropping all tricks they use to make HDDs feel relevant, like multiple copies of same object, so HDD can do as many sequential reads as possible,...

... which will help to reduce size of the game. Since HDDs are absolutely terrible in random small file reads. But if you make multiple copies of same files and do some smart placement, you can turn random reads in sequential, where HDDs do better. Or it could be mix of both. But that is just my guess, could end up being faster transportation with flying or flight points as well.

Even in BFA you need an SSD if you want everything to load properly and quickly. The game is 100GB and it's compressed.

Saw the video annd the game does not look demanding at all? in fact the graphics looks worse, maybe they are targeting 2k or 4k because a 1080 for 1080p 60 fps for a game like this.. seems a little overkill

In my Viceroy Gunray voice... THIS IS GETTING OUT OF HAND 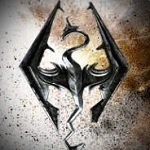 A bit of a misleading title. The SSD is required, but the GTX 1080 is recommended, not required.

If that requirement is true, then you will have a clusterfk of stutters while you're playing. Most specially when streaming textures (traveling very fast).

I can tell you even now in BFA an SSD is needed.

I planned to buy a new SSD just for startups and a regular HDD for storage and game installations.
I try to keep my SSD for startup only with just some basic programs.
Maybe i need to revise that thought?
Im not sure, not playing WoW for a while now. But, could this SSD requirement be a new trend for future games?

That is a given. Modern games are so large that SSDs are necessary to avoid in-game stuttering. Even the new consoles coming later this year are equipped with relatively strong SSDs for the purpose of a smooth gaming experience.
Better buy a larger SSD now and keep HDDs as storage for bulk data (videos, photos, backups, etc.). That's much better for the foreseeable future.

I am planning on getting new hardware soon. But, regarding SSD what would be better? Get 1 small one for startup a second one for games and a HDD as storage? Or just 1 big SDD and partition it? Normally i keep my booting and games separate. In case i need todo a fresh reinstall of my boot-drive.

If you can afford it, then 250GB as drive C and 500GB or even 1TB (depending on your games and the storage you would need in the next years) as your gaming drive. Alternatively, a 1TB SSD as OS and gaming hybrid drive. Whatever HDD you have, it can stay as your bulk data storage.

With your permission, I have a M.2 1TB for OS and some games, like WoW, CoD etc and keeped my 2TB HDD for miscellaneous. Even if you need a fresh restart, games can be downloaded.

My current system has a 250Gb SSD and i have a 3Tb HDD. ( Never thought i would fill this drive. Currently 2.5Tb of games,movies,pictures)
Maybe i can transfer those to a new setup for now. Than i would add another 500Gb SDD. I have to think on this. For now my drives work fine but, they are getting old. +/-5 years

After I broke my 3tb hdd and then procrastinated a few months, I bought a 2tb hdd with the idea that I'd have to buy a 500gb ssd and a 3tb hdd in the future

That's like people in the early 2000s saying that a 120gb hdd is overkill, but no matter what software is limited by hardware.

Well, considering how old and limited the engine is, requiring a GTX 1080 or Vega 64 for WoW of all games, only makes sense if we're talking about 4K. Because if these requirements are meant to be for 1080p, then many players are doomed. Blizzard isn't very clear on that front.

The game is being revamped constantly. You cannot do anything you want on the existing engine, but the game right now looks nothing like it did ten years ago. And say what you want about the value of the game itself, but one cannot deny that Shadowlands looks gorgeous.

but dosnt it look same as it did in MoP

Nah MoP looked way worse. WoD and Legion were both steups up in graphical fidelity. I'm not really sure why though... -_-
I'd rather them spend the resoruces making more raids and mega dungeons per Tier than to make "better" graphics.

Like every X.X.5 patch give us a mega dungeon and a smaller raid, and let's have about 15 Raid bosses per Tier.

Good stuff like that, maybe bring back the need for multiple different sets for each Raid. Bring back dungeon sets...

Like do anything, but graphics... graphics improvements are irrelevant.If it looked as it did in TBC I'd be perfectly fine with that.

And hell re-use assets in raids all you want and just get them ready and focus entirely on the bosses and mechanics.

Like instead of releasing one raid, they should do what they did in TBC and release many medium sized raids, each requiring different sets and such, back then it was due to resistances, now it can be something more interesting.

And give us more Tiers per expansion. 5x would be great instead of 3-4x.

Again give us something more, but NOT graphics.