Nvidia has just this moment officially announced their next generation of RTX 30 series graphics cards, based on the Ampere architecture at the recent GeForce Special Event.

Here are the previous rumours - as rumored by leaks prior to the event. But we will update this article as the event continues with the facts...

Lets take a look at the official Nvidia RTX 30 Series graphics card specifications, including the RTX 3090, RTX 3080, RTX 3070 and their prices and release periods.

Please note, fields marked with * are based on leaked information prior to this event and we will be confirming and updating as the information becomes available.

When it comes to PC hardware, there are pretty much 2 things that are most important to us: price and performance. We didn't get a huge amount of info on the performance side of things, but the most significant details we got were the price... 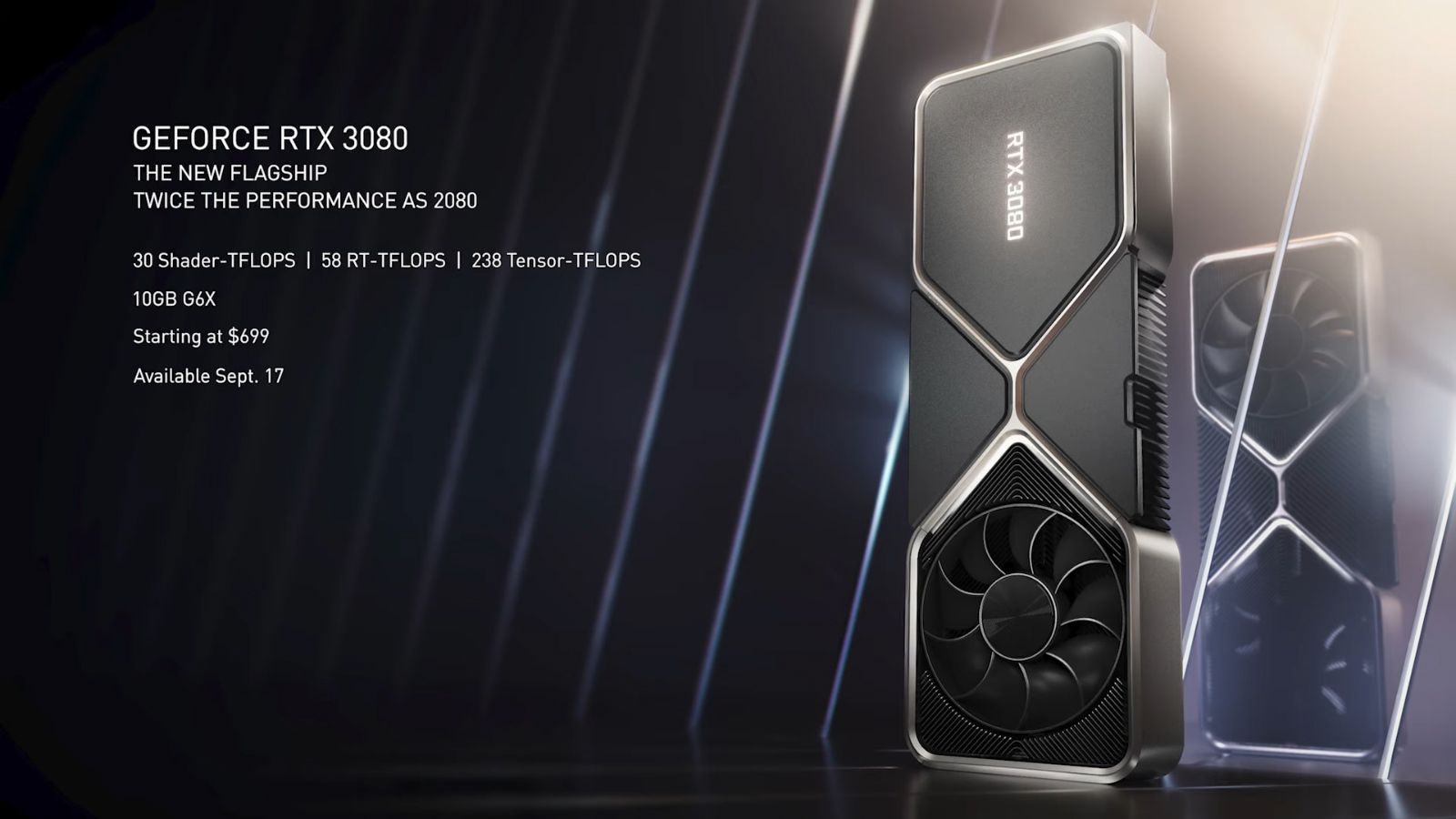 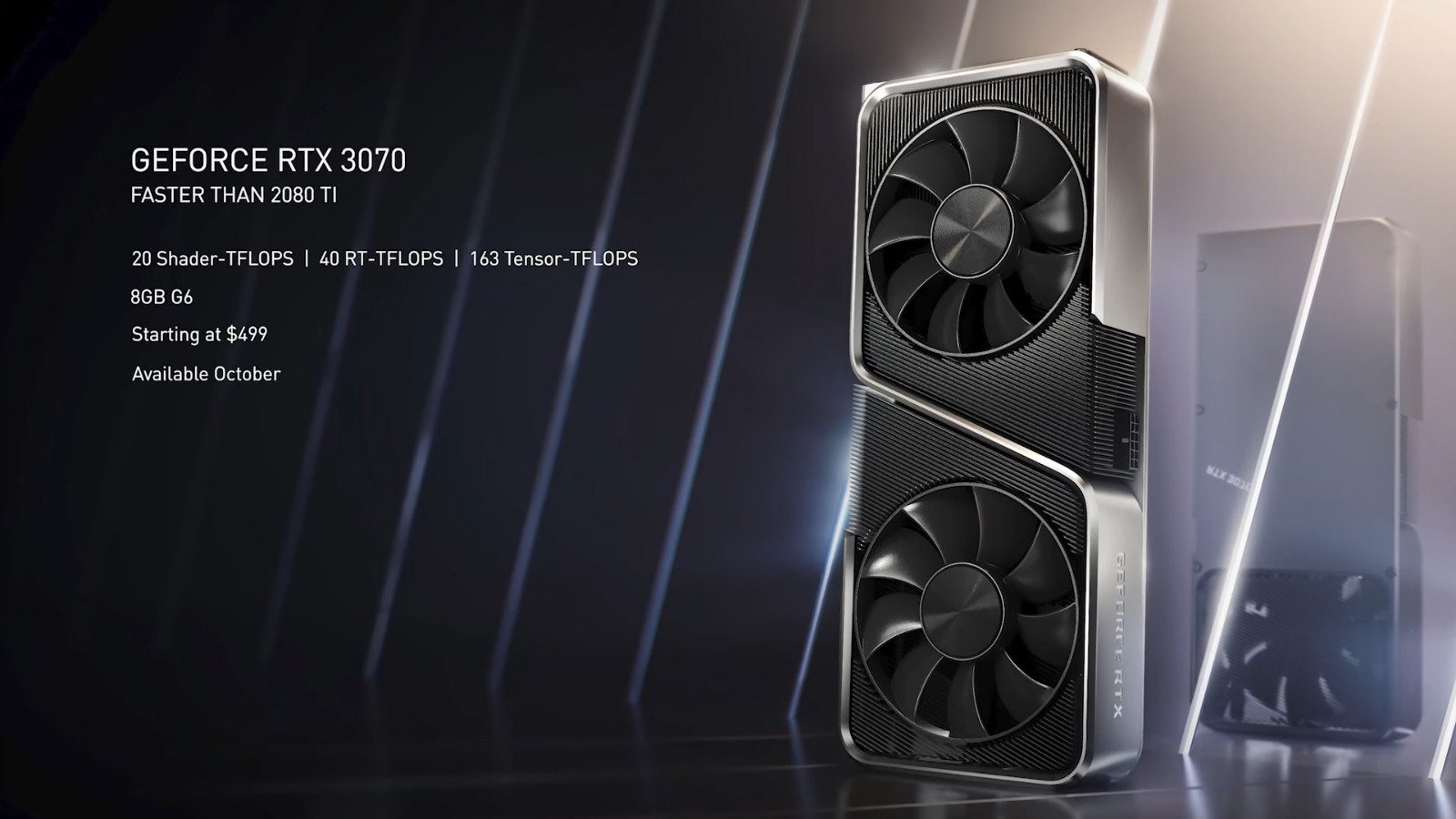 Lastly, the rumored RTX 3090 was indeed confirmed at the GeForce Special Event, though it's certainly still not intended to be a typical consumer GPU. This card officially replaces the Titan RTX, but due to a higher demand for the Titan RTX and availability from brands other than Nvidia, it has ditched the Titan nomenclature for the XX90 name. 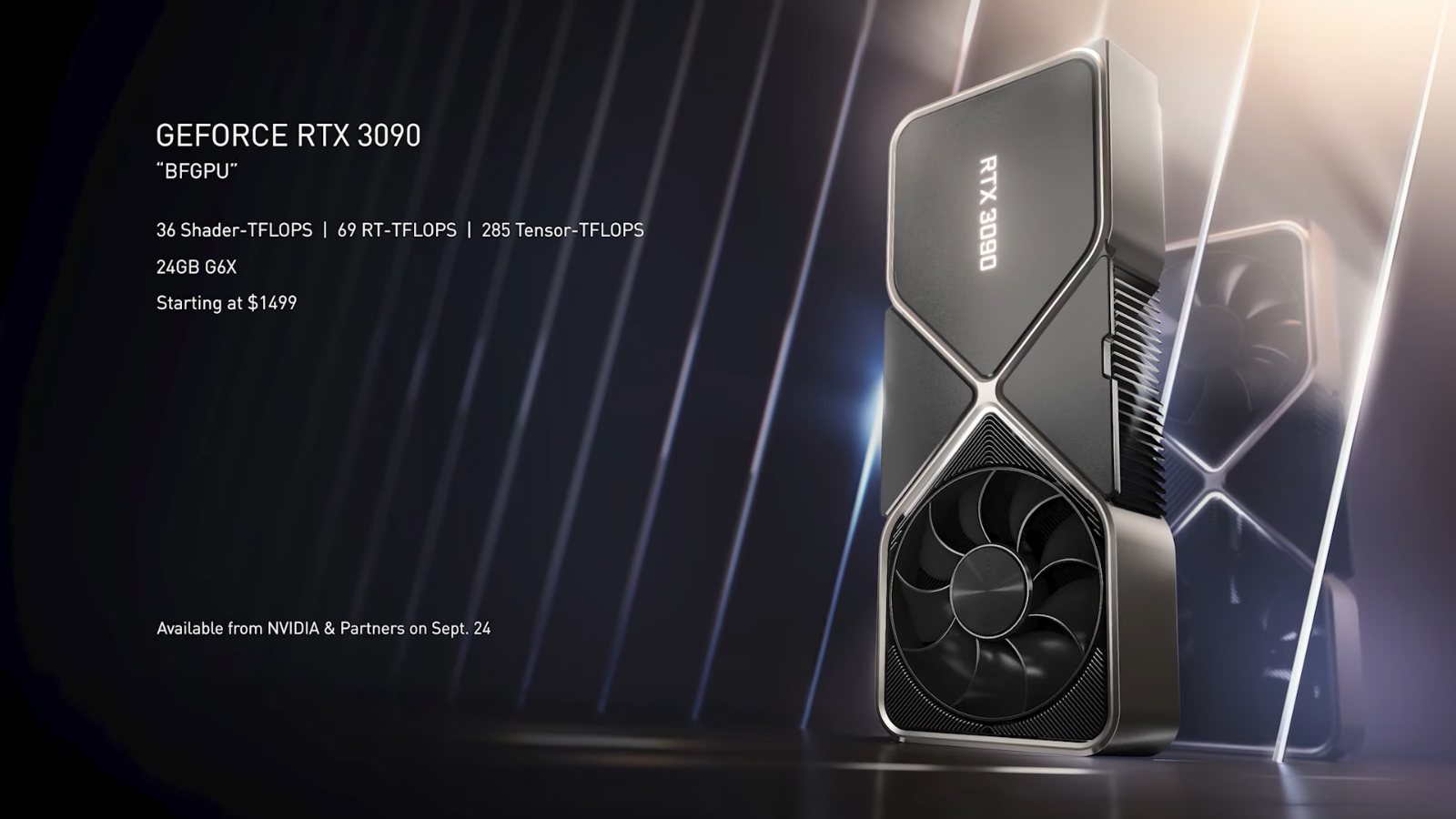 Amazingly, the RTX 3090 will also be the world's first 8K consumer gaming GPU. It's so powerful that it allegedly run some games at 8K resolution with 60fps, with ray tracing and DLSS enabled. It also includes HMDI 2.1 support.

For a great comparison to the new RTX 30 Series top end graphics cards above, we will display below the previous Nvidia generation 20 Series for reference.

What do you think? Are you excited for the RTX 30 series? Will you be buying one of the GPUs? Which one are you most interested in? Let us know!

Is the RTX price announcement more or less than you thought it would be?

Were you going to buy a 30 Series?