Up For Debate - How polished do you think the final release of Cyberpunk 2077 will be?

We’re not that far from the official launch of Cyberpunk 2077, one of the most anticipated games of 2020, and the excitement is still growing. Though the game has been delayed twice already in order to provide more polish, how ‘polished’ do you really think Cyberpunk 2077 will actually be at launch? Do you think we’ll have a buggy mess that will take a few more weeks to fix? Or will the developers actually be able to deliver on the polished performance?

During Nvidia’s recent RTX 30 series graphics cards reveal, CP2077 was used a few times as a go-to marketing technique for performance and ray tracing technology (which initially sparked worries the game would be over 200GB install size, which it won’t be by the way). However, some nimble-eyed Reddit users managed to spot a few collision and clipping bugs in one of the marketing videos. 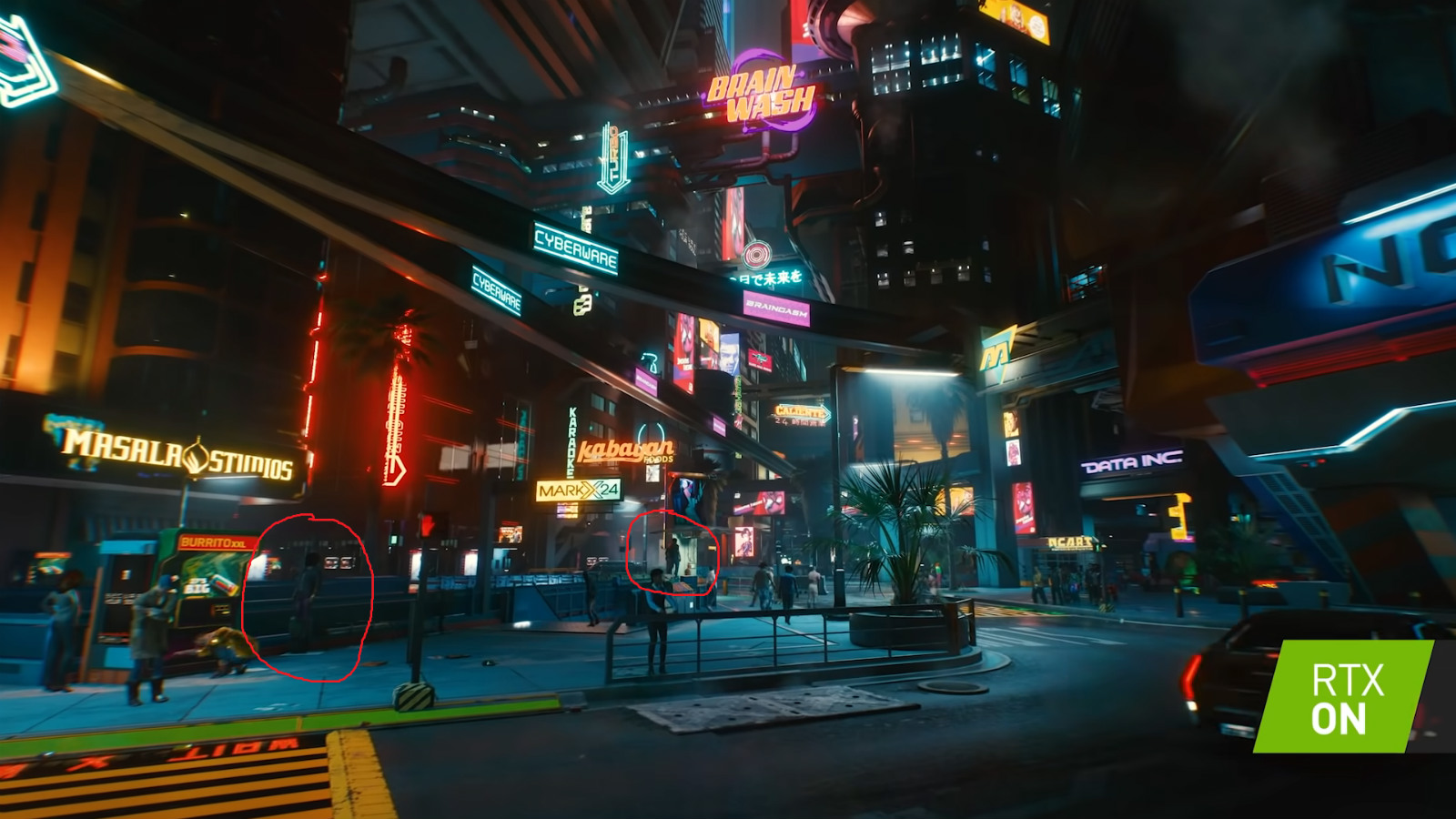 You can see in the picture above that there are some idle NPCs waiting around in unusual positions, like the one person at the back who’s just enjoying their day on top of a railing, or the other person at the front casually spending their night in the trash can.

Now, by no means are we stating that this means the game will be broken upon release, we still have another 2 months for the developers to polish the game, and this could have even been from an earlier build of the game where they’re ironing out even more important kinks. We’re also not saying this is by any means gamebreaking, but it does raise an interesting point about how well polished the developers can actually make Cyberpunk 2077 upon release.

The Witcher 3 for instance, CD Projekt Red’s previous release, was also delayed twice before officially launching and still shipped with some bugs and performance issues.

So do you think CDPR has learned this time around? How polished do you think the final release of Cyberpunk 2077 will be? What kind of bugs/issues do you think we can expect? And how do you feel about games launching unpolished and with bugs in general? Do they affect your experience? Let’s debate!

How polished do you think Cyberpunk 2077 will be at launch?

Do launch bugs detract from your enjoyment of a game?

CD Project Red headquarters are in Warsaw Poland. So, Polish people will do what they do best, they will polish the f*ck out of this game.

CDPR had a thing for day one patches..

I have no doubt it will be a solid game. I just happen to enjoy fantasy settings like the Witcher series far more than Cyberpunk setting. I will definitely give it a go though.

It's a giant game - they'll never iron out all the bugs and glitches before release, because millions of people "testing" the game is not the same as a handful of QA people doing it - bugs will come out. It's just the nature of the beast with these giant games. 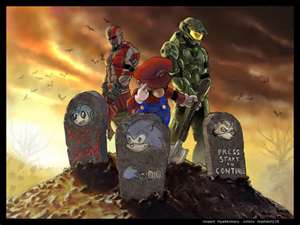 I've literally been waiting for this game since 2017. I'm very excited that the realase is getting closer.

Every game is going to have bugs in it, no matter how many times its delayed. Its more about how badly the bugs affect the game that is the biggest thing. Like having a bug that makes npc's stand on top of things is minor compared to bugs that corrupt save files or completely break a questline. Expecting perfection in a game tbh is asking the impossible.

I think it will have few bugs here and there nothing major, however i just wanted to say that this game is wayyy overhyped, i expect solid game definitely the best this year but as for others "best of this decade" nominee im not so sure, we will see.

Hopping for 0 bugs, even tho I know it's highly unlikely.

You're trashing my dreams.


But on a serious note, I am aware of how unrealistic a 0 bug scenario is.

A lot depends on this game for CDPR (from the rep of TW3) & desire to bring alternaively games to market in the future of CP2077 & The Witcher universes.

hopefully very little bugs that won't affect gameplay.
Yet, I hope that Cyberpunk made use of RTXGI SDK. I want to see how RTXGI performs on non RT GPUs (It's less accurate than Metro Exodus GI but more efficient)

They can do a lot to iron out bugs, but the real testing and spotting of bugs comes from the community, so there's bound to be a much more thorough comb through after release. It is, after all, the most efficient way to find them all, though i appreciate them trying and not just getting the community to play test it for them.

Polished enough that if Cyberpunk 2077 were a shoe, I could see my reflection in it. And with RTX that may very well be the case.

Considering game was delayed to polish it, I do think CDPR is aware that expectations will be high, so I am pretty sure they will try to make it as spotless as humanly possible. Though you really can't test every single possibility in open world games, or even every single hardware combinations, so there probably will be few bugs. But I expect nothing major that would detract from enjoyment.

As for whether bugs detract from enjoyment, this highly depends on bugs themselves. I am definitely fine with minor bugs, like some background NPC getting stuck or missing texture or something that won't prevent me from progressing. But bugs that crash games, like I had with Horizon Zero Dawn, or bugs that block my progression, like quest NPC getting stuck, those really do break enjoyment.

Though there can be in betweens as well, like Mass Effect Andromeda and facial animations. Like yes, you could complete the game, but considering it is story experience, having those really did take away from enjoyment of the game. So things that are core to the game being broken also can kill enjoyment. I can live with it being here and there, but not constantly, like in MEA.

If it's anything like The Witcher 3 then we can expect at least a dozen patches. But, at least, those patches included changes to the the UI and and alternate control scheme as well as bug fixes. And it can be guranteed that CDPR will try to address as many of the bugs as they can, unlike the devs of Nier Automata whose promised first patch is still MIA years later.

so long as my gtx 1060 can pull honorable performance, i think the game will fall into more polished category. I have my eyes on RTX 20 but waiting for the RTC 30 series seems more interesting

I don't believe in this final polishing, but they know they will get massive flak if they don't deliver top quality. We'll see.

Well for this caliber of developer i expect majority of your mentioned issues solved, i dont give "bethesda pass" as others

I give the "bethesda pass" as long as there are no game breaking bugs. That's why I have 0 issues with Bethesda's games and I had 0 issues with Mass Effect Andromeda, AC Unity, etc, etc.

I mean roach had a lot of bugs like walking with only 2 legs, spawning on top of houses/cliffs, invisible roach even after a few updates and in general open world games tend to have clipping bugs sometimes but nothing gamebreaking, my guess is that the game will run fine for pc with a few bugs here and there

A game as big as CP2077 is bound to have bugs. All the Witcher games have had them in a fair amount, but nothing that detracted from the fun. Hopefully the game runs fine on appropriate hardware and nothing game-breaking slips past QA, then some minor stuff can be tolerated until it is fixed.

Agree 100%. such a huge game is bound to have major and minor bugs that the developers could have missed at launch. it is totally normal, it may even take months to fix all the bugs in in it after launch like Witcher was

Well to be fair comparing witcher 3 with cyberpunk 2077 in this category is not really fair because witcher 3 era cdprojektred was wayyy smaller dev team than it is now, they created witcher 3 with 200 employees and now its well above 1k+ (2019 data)