We're less than 2 weeks away from the official launch of Mafia: Definitive Edition, the full on remake of the original 2002 classic. Since it has been rebuilt from the ground up, expectations are pretty high for graphical fidelity, and whilst we haven't got any official PC system requirements yet, apparently the system specs for the preview build have just been revealed.

Recently, several content creators online got their chance to play a preview build of Mafia Definitive Edition, and before they were able to play it, 2K gave them all a list of minimum and recommended requirements. Obviously, these most likely won't be the final specs (when they are revealed) and will probably change before the game releases on September 25th.

Interestingly, the requirements seem to be very similar to the Mafia 2: Definitive Edition system requirements, which makes me think that these specs aren't exactly correct and someone just took some of the specs from Mafia 2 DE and changed them up a bit. We have the exact same CPU requirements, GPU memory and HDD storage space. Pretty much the only things that are actually different from Mafia II DE are the recommended RAM specs and GPU requirements.

So I reckon the team took the specs from Mafia 2 Definitive Edition and changed the GPU requirements to suit the updated graphics, as well as increased the recommended RAM specs. Expect the final game to be bigger than 50GB though, as I doubt Mafia DE is the same size as Mafia 2: Definitive Edition.

Anyway, with that out of the way let's dive into the Mafia: Definitive Edition PC system requirements for the preview build...

In order to run the Mafia: Definitive Edition recommended system requirements on High graphics settings your PC will need at least a GeForce GTX 1080 or Radeon RX 5700 graphics card. This should then be paired with either a Core i7-3770 or FX-8350 processor along with 16GB of system memory. This setup should deliver 60fps at 1080p resolution.

The Mafia: Definitive Edition minimum system requirements need a GeForce GTX 770 or Radeon R9 280X GPU coupled with either a Core i5-2500K or FX-8120 CPU. You will also need at least 6GB of RAM in order to run properly. This whole PC setup should achieve 60fps on Low graphics settings at 1080p resolution.

Overall, looking over these preview build system requirements for Mafia Definitive Edition, you will need a PC with around 4 years old of hardware in order to play at the recommended settings.

the takeaway is a better cpu with a weaker gpu will provide similar results. 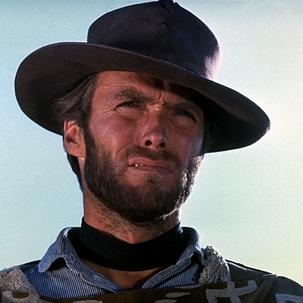 I thought the Mafia remake was based on the Mafia 3 engine, interesting as to why the Specs are so different. Bad port maybe ?

There is a typo with minimum and recommended.

sure most titles will run at higher res and settings, but rdr2 andflight sim are the ones that gives the 1080 a hard time even at 1080p (ultra settings ofc)

different games, different engines, different programming - too many differences to actually compare how one game will run compared to another game

Okay, i agree about them being different. So, is this game using the same engine as Mafia 3 or what? Looks good but nothing really new or special in term of visual.