The upcoming space sim Star Wars: Squadrons based on everyone’s favorite galaxy from far, far away is launching in just under a month, and in preparation EA have released a brand new CGI short film to get us hyped. Plus, the publisher has revealed a bunch of pre-order bonus cosmetic items straight from the short film itself.

“Hunted” is the latest trailer, and features a battle between the Empire and New Republic at the Imperial dockyard of Var-Shaa. It’s set before the events of the main SW Squadrons campaign, and includes one of the ace pilots that you’ll be fighting alongside in the main story. Check out the new Star Wars Squadrons GI short film below:

Pretty good right? Honestly the quality really feels like an actual Star Wars film here, and no wonder since it was made in collaboration with Lucasfilm and Industrial Light and Magic, as well as the developers Motive Studios themselves.

Additionally, if you pre-order SW: Squadrons you can get yourself the Var-Shaa Hunter and Var-Shaa Survivor cosmetic items, which have been inspired by the short film above: 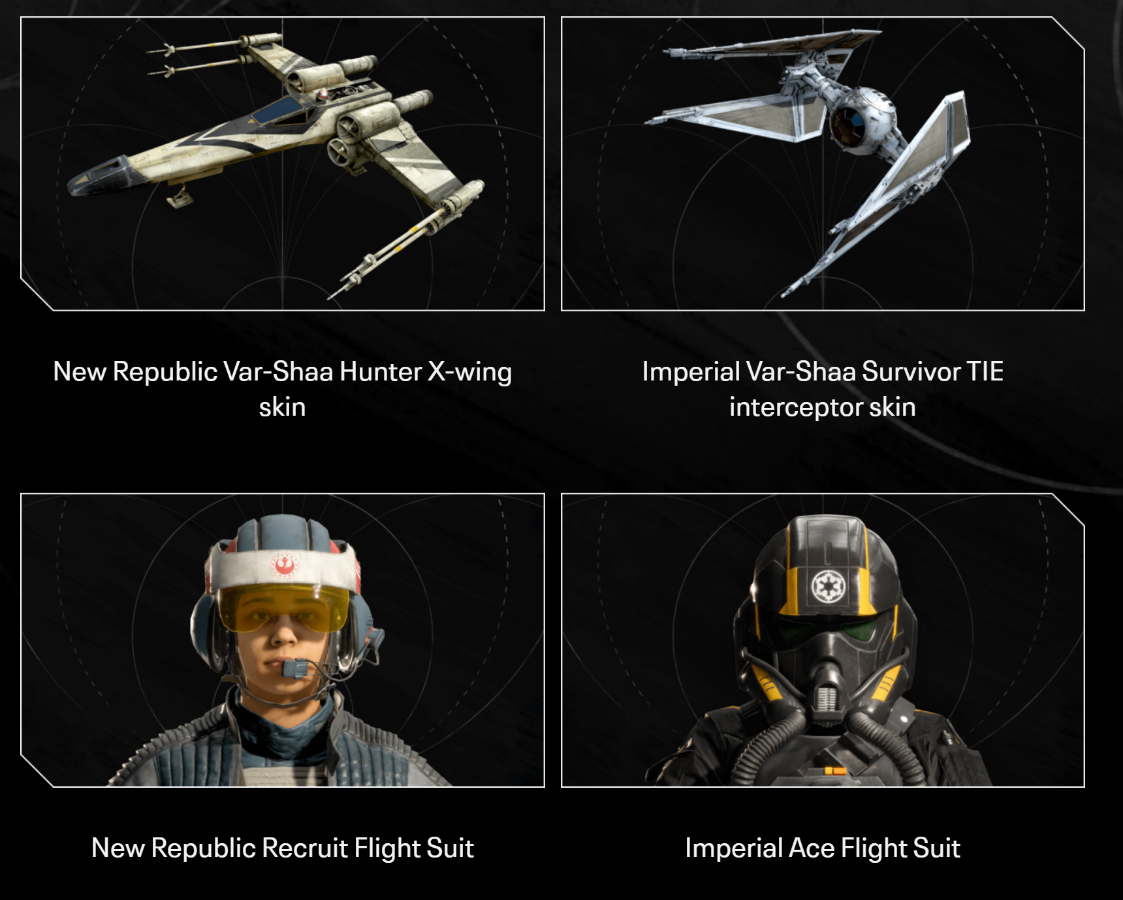 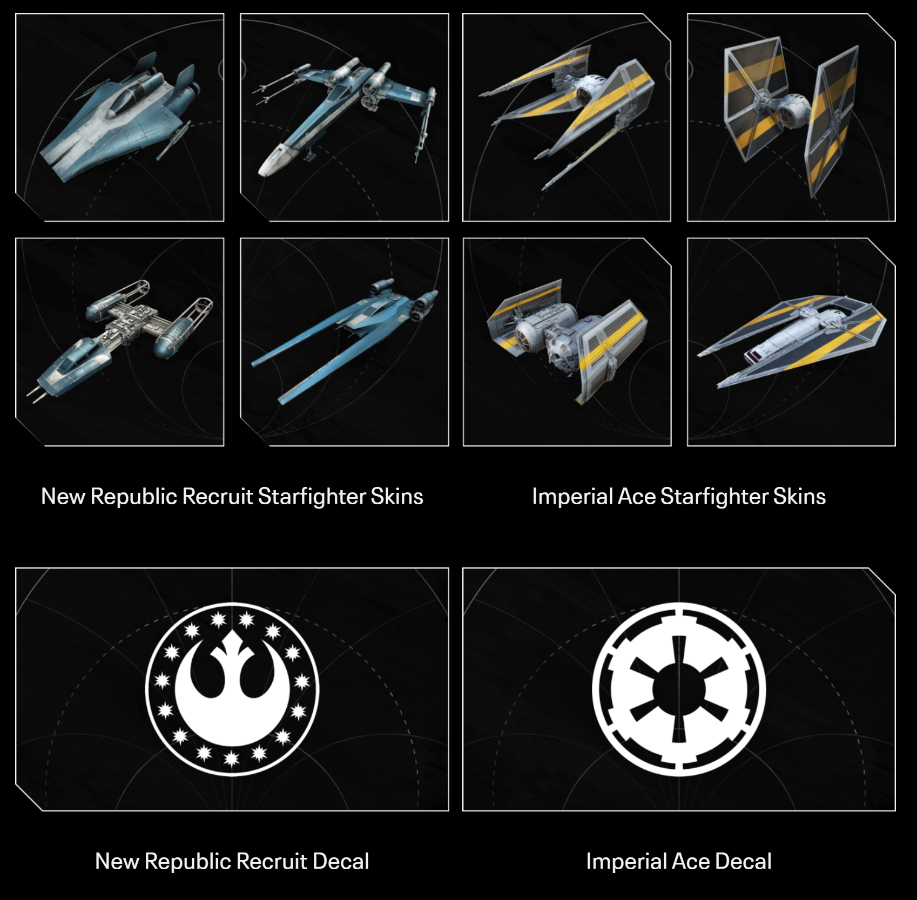 What do you think? Did you enjoy the short film? Are you excited for Star Wars Squadrons? Let us know!

Are you excited for Star Wars Squadrons?

How come there's no B-Wing? or Q-Wing on the list of New Republic Starfighters?

The only game i would have cared about is a Kotor new game.

An EA game without pre-order bonus, is like poop without the smell.