The life of a gangster is nearly upon us, as Mafia: Definitive Edition launches in just 9 days. But the remake has been created from the ground up with all new visuals and graphical fidelity, so how demanding is it? The official PC system requirements for the Mafia remake have been revealed, and they're not too far off from those early preview build specs.

In fact, there have only been 3 changes to the system requirements from those preview build specs, this includes the Core i5-2500K getting slightly increased to the Core i5-2550K. Additionally, the minimum requirements have actually been decreased from a GTX 770 and R9 280X to a GTX 660 and Radeon HD 7870 instead.

Apart from that, the specs have stayed exactly the same, so that unfortunately means a GTX 1080 or RX 5700 is required for the recommended specs. But for now, let's jump in and check out the official Mafia Definitive Edition PC system requirements...

In order to run Mafia Definitive Edition on High graphics settings your PC setup will need at least a GeForce GTX 1080 or Radeon RX 5700 graphics card that should then be paired with either a Core i7-3770 or FX-8350 processor to match the recommended specs. 16GB of RAM is also needed and should then deliver around 60fps at 1080p resolution.

The Mafia Remake will also need a GeForce GTX 660 or Radeon HD 7870 GPU in order to match the minimum system requirements and play on Low graphics settings. One of those graphics cards should then be coupled with a Core i5-2550K or FX-8120 CPU and 6GB of RAM to meet the minimum specs. This should then achieve 60 frame per second at 1080p resolution.

Overall, looking at the Mafia Definitive Edition system requirements you will need around a 4 year old PC in order to play at the recommended settings. 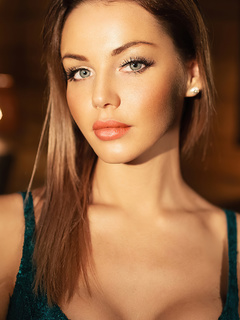 A GTX 1080 just to get 1080p 60fps high settings?? Terribly optimized or extremely overestimated. The game looks good, but not that good.
I don't think my PC will have issues running at at ultra 1080p

I'm confused. Didn't they already release some sort of mafia remake edition or something recently? I remember something about mafia games but can't remember what it is :D

Hype, hype.
I should be able to play nicely at minimum, right?