Up For Debate - Will Cyberpunk 2077 system requirements ask for an RTX 30 card?

Cyberpunk 2077 feels like it has been an eternity coming. This is due in part to it first being announced back in May 2012. But our core excitement stems from the knowledge that the highly rated The Witcher 3 devs are behind this hugely promising sci-fi title. Of course, The Witcher 3 was, and still is, a gorgeous piece of gaming art, that put serious demands on our hardware to deliver its incredibly rich world. As the game pushed our PC hardware to its limits, gamers agreed it was worth every drop of power we invested into getting it to look great. No matter the game’s system requirements we would all consider upgrading our PCs to run it and now the same is true for Cyberpunk 2077.

So during 2019 we were laser-focused on the Cyberpunk 2077 April 16th 2020 release date. Sadly, this was moved back to September 17th. But then, strangely, the release date was pushed back another two months, to November 19th. And it’s this suspicious bit of the picture I would like us to look at, under our hypothetical microscope, which I have named Conspirascope.

At this point I would encourage you to read up about the genius that is Nvidia marketing, specifically their launch roadmaps and ability to generate huge hype in their new, must-have super tech graphics solutions. 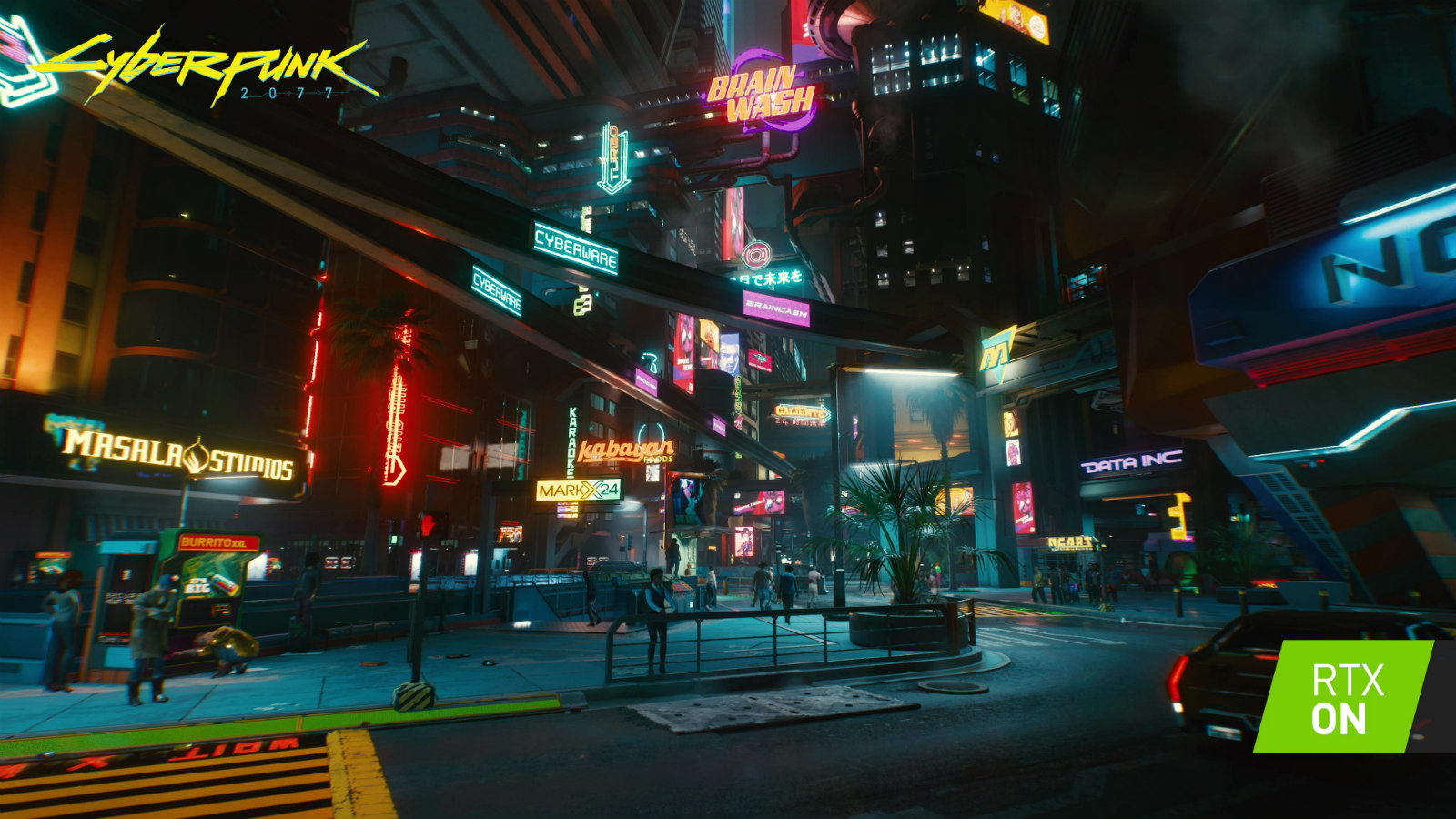 If Cyberpunk 2077 released on the 17th September (hey, that’s today!) we would all be playing the game right now, on our current hardware or hardware we had upgraded for the game.

Ok, so you read that article about Nvidia marketing genius I linked up there? Which means you  can probably already see where I am going with this, but I will proceed anyway.

Nvidia are completely aware of the mass appeal of Cyberpunk’s release and that it is perceived by gamers as a must-have technical gaming marvel. We see the Cyberpunk release as a once-every-few-years title, that we will seriously consider upgrading our PCs for. Because we want our experience with the game to be the best we can afford.

Another point to mention is that Cyberpunk 2077 also includes and was built to fully include ray tracing, Nvidia’s beautifully demanding graphics tech. Ok, it’s not actually “Nvidia’s tech” but they are the only ones that currently have it available in their graphics cards and if you read that article I mentioned earlier, you will get an idea about why they are pushing it so heavily. If you can't be bothered to read it, I will tell you, it’s cus of money.

Reports say this ray tracing tech integration into Cyberpunk 2077 was supported directly by Nvidia. Nvidia will want ray tracing in all the biggest games to help sell their units and Cyberpunk 2077 will want to be at the forefront of the tech generation, so if the tech giant wants to pay to help them develop their game, why would they say no? So we can probably assume they have formed a symbiotic working relationship. 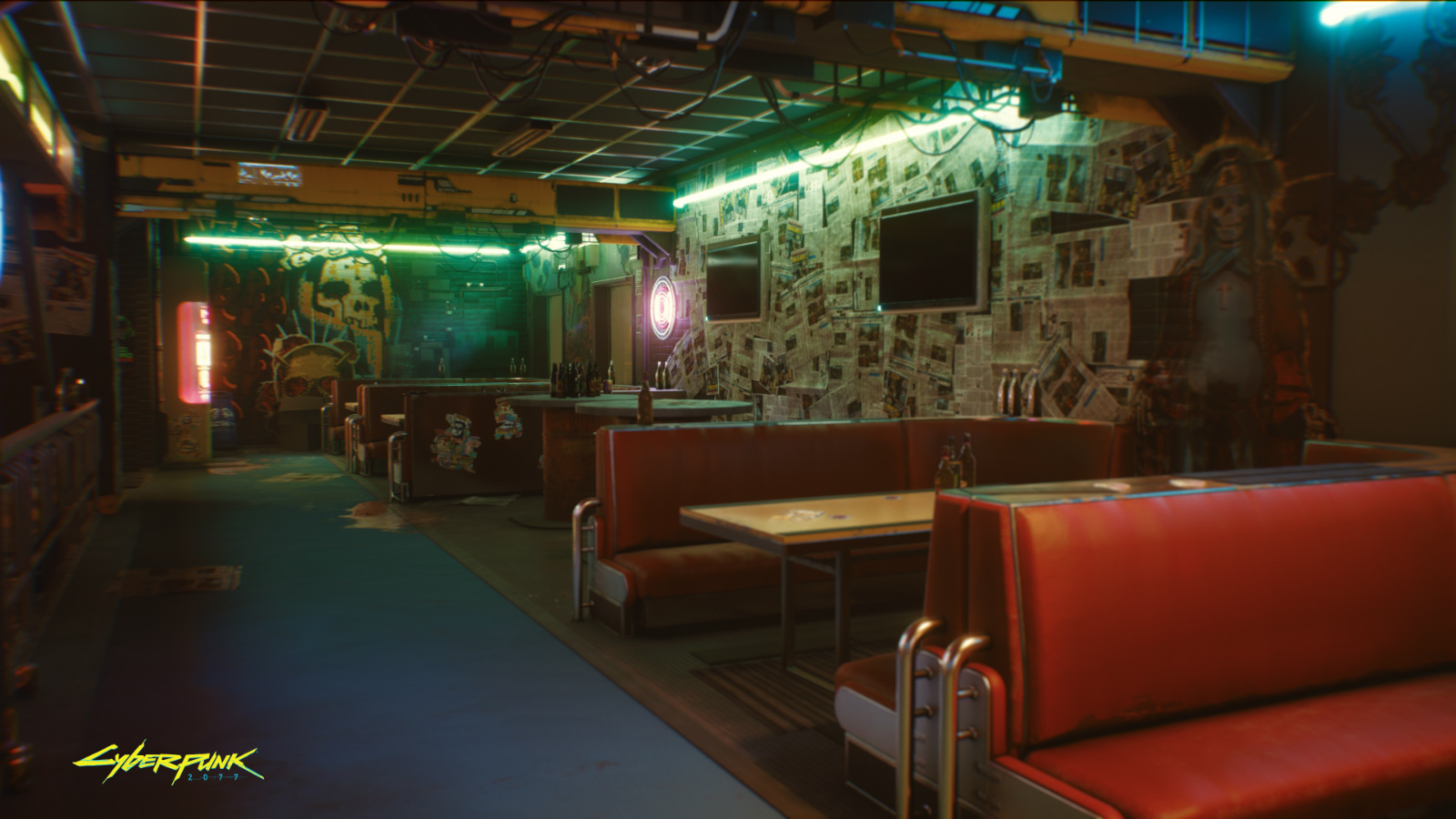 The new ray tracing capable RTX 30 Series by Nvidia was announced a few weeks ago. And the awesome RTX 3080, priced at $699 (is it just me or does that still seem like a lot of money when you compare it to console prices and other tech on the market?) gets its release date. Its release date is the 17th September. Hey, that’s today’s date as well! You see what I am spelling out, right?

On with the timeline. And now we will start to zoom in on our Conspirascope to show why we feel Cyberpunk 2077 experienced a second release delay. On the 18th September (tomorrow) CDPR will give us a lovely look at their third episode of Night City Wire, which will show us some stuff about gangs in the Cyberpunk 2077 game world. This has been in our calendars for a little while now. CD Projekt Red sent out a tweet last night, just before the RTX 3080 was available today for purchase, saying that on the 18th September they would also use their Night City Wire event to announce the Cyberpunk 2077 system requirements. 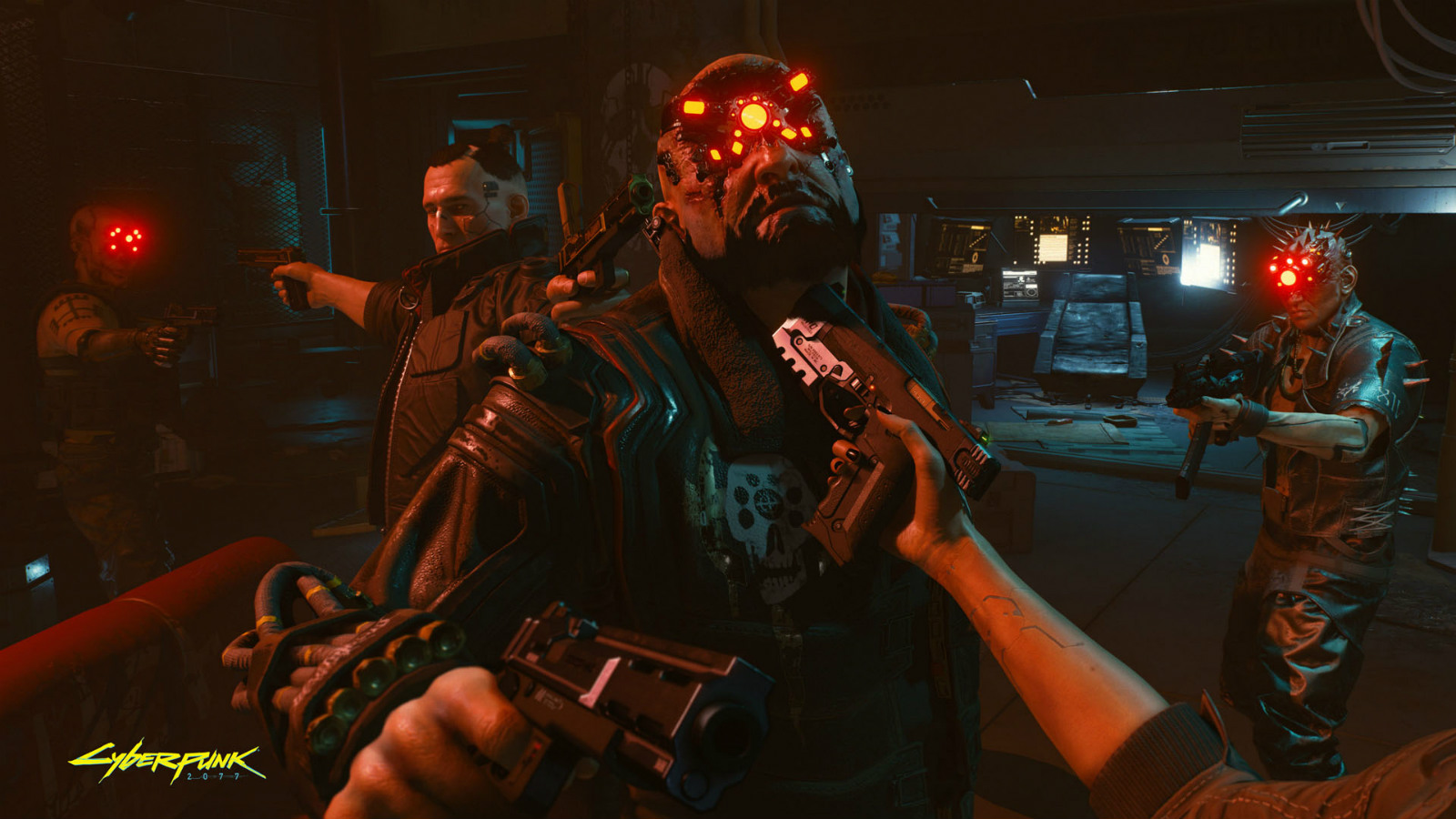 Now of course the RTX 3080 wouldn’t be Cyberpunk’s Minimum or Recommended requirement, that would be crazy performance demands for the average gamer and those gamers would likely get pretty upset with such nonsense. Heck it’s highly unlikely any 30 Series card is even going to be listed as the 1080p Cyberpunk Ultra requirements.

These Nvidia 30 Series release dates seem to fit very nicely with Cyberpunk's release schedules and announcements. Almost like the whole thing was part of Nvidia's tech roadmap, right from the start. 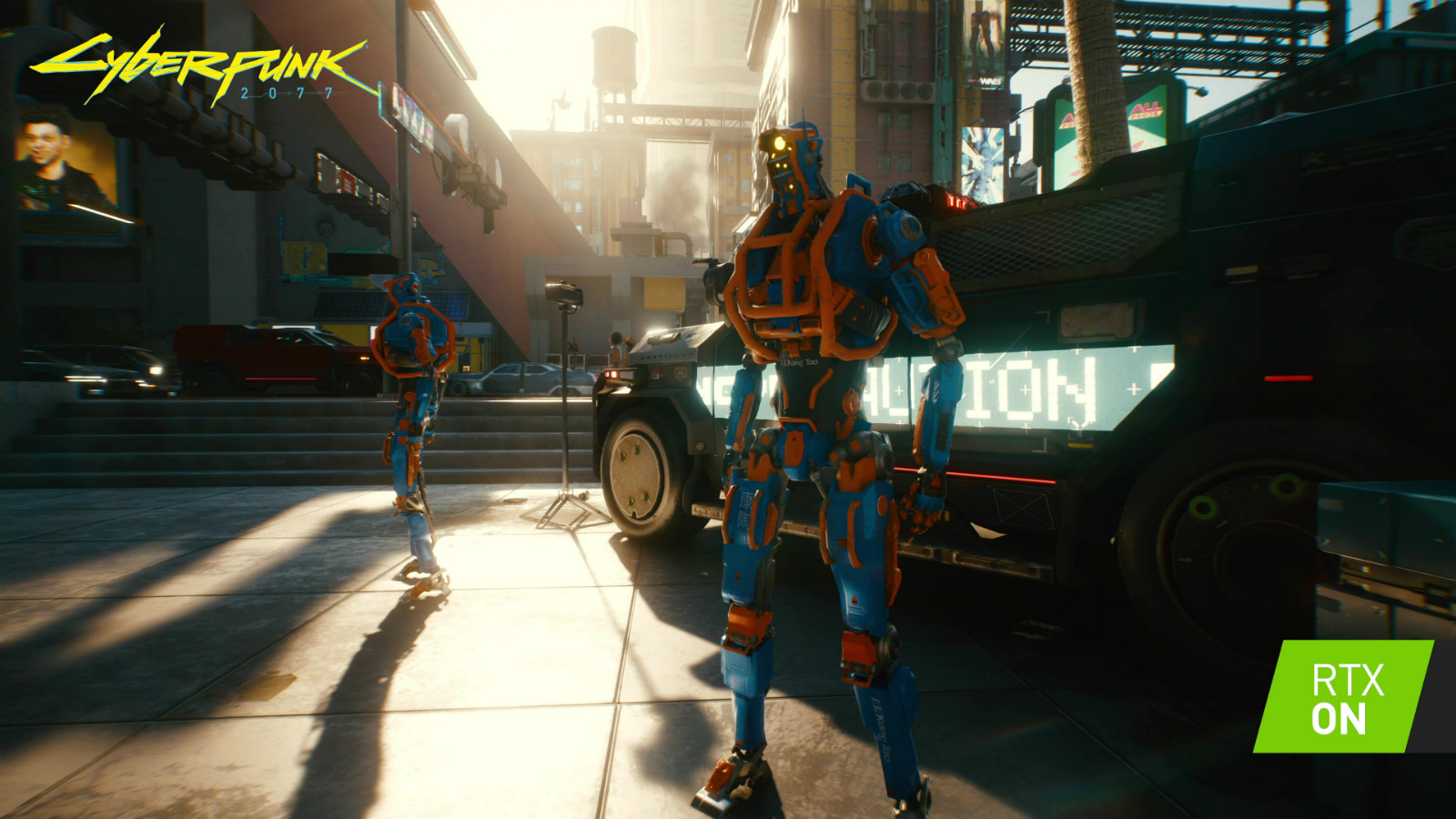 Had Cyberpunk 2077 not been delayed by a further 60 days to “polish” a bit more, moving it from the 17th Sept to 19th Nov then gamers across the world would be playing Cyberpunk now instead of reading this article. You would have upgraded your PC previously with whatever hardware was already available on the market to run Cyberpunk 2077 and the 30 Series would have missed a wonderful joint marketing exercise. Whereas now all the timings line up perfectly in Nvidia’s favour, where it can use the power of CDPR’s Cyberpunk 2077 release to sell tonnes of extra RTX 3080 and RTX 3070 cards. So that’s roughly in two paychecks’ time.

Or perhaps it’s all a lucky coincidence for Nvidia, the company that is looking to buy Arm for $40 billion?

So to revisit some other recent observations. The 30 Series will likely be part of the very top-end specs for Cyberpunk 2077. Microsoft Flight Simulator’s official PC system requirements asked for an RTX 2080 Ti as part of the ‘ideal’ hardware setup, and we know that Cyberpunk 2077’s preview build ran on an RTX 2080 Ti at 1080p 60fps with ray tracing enabled and DLSS turned on. So based on this, an RTX 3080 could very likely be considered for some 4K ray tracing requirements.

Ok, I want you to unleash your inner Sherlock. Run amok with conspiracy ideas in the comments below. Who is paying who, to delay what until when, and why would they accept that deal? And if some men in Nvidia green suits come knocking on your door, well you’ll know you have touched a nerve.

What do you think will be Cyberpunk 2077 Ultra ray tracing system requirement?

I think that the RTX 30 series play a big role on why CP77 was delayed in the first place so I wouldn't call it a surprise. Then again for us gamers I think that if you care about RT as a whole then sure, go all out on an RTX card. But guys I doubt this game will look any less beautiful without RT regardless..

This game's system requirements are going to make my system's specs feel extremely outdated and to think I only just upgraded the GPU last Christmas!

First i really enjoyed the article. More than just a thumbs up. :)

Im one of those gamers thinking about what to buy next so i can play Cyberpunk 2077. Good graphics and a good price i want both.
Ray-tracing doesn't interest me that much but, i am watching the prices.

I havent decided yet on what to buy yet. I got an old Radeon but, im not sure if i will stick with AMD or go for Nvidia.

Everyone that has (almost 2) previous gen GPU's can run Cyberpunk fairly well according to specs that were just released! (Big phew for my 5700XT) :)

I think that the RTX 30 series play a big role on why CP77 was delayed in the first place so I wouldn't call it a surprise. Then again for us gamers I think that if you care about RT as a whole then sure, go all out on an RTX card. But guys I doubt this game will look any less beautiful without RT regardless..

Well, the requirements are out now, and I was pretty far off! But these don't make any mention of ray tracing capabilities, so I'd expect CDPR to release a separate list of requirements for that, and at least the GPU recommendations are going to be a little higher, for obvious ray tracing-related reasons.

It should, im hopingfor high , 1080p with ultra textures

lol good luck with that :P

Well, considering they went the effort to create that special edition RTX gpu for the game, that'll be the maximum it will require.

This game's system requirements are going to make my system's specs feel extremely outdated and to think I only just upgraded the GPU last Christmas!

I feel the same T_T

Hard to say without resolution and FPS target, as well as whether it is DLSS on or off. But for 4k obviously you will need top end, maybe even then, DLSS won't be optional. For 1080p, I could see people getting away with 2070 Super or consequently more powerful 3070. Not sure for 2060 Super, but I am definitely sure that 2060 regular just won't cut it at ultra, even 720p.