AMD is gearing up to officially announce their lineup of next-gen Zen 3-based processors as well as the Radeon RX 6000 series graphics cards. Both will be announced separately, with Zen 3 focusing on October 8th, and the Radeon 6000 GPUs on October 28th. To get some of the hype already going, AMD shared an official render of one of their new GPUs, but some new leaks show what the flagship RX 6900 XT supposedly looks like in the flesh.

One online user sent leaked images of the new GPU to a well known and popular online content creator, the images were actually sent weeks ago but were unable to be verified, but thanks to the official render from AMD we know it to be legit. The one thing that isn’t certain is the name of the card, which will supposedly be the RX 6900 XT: 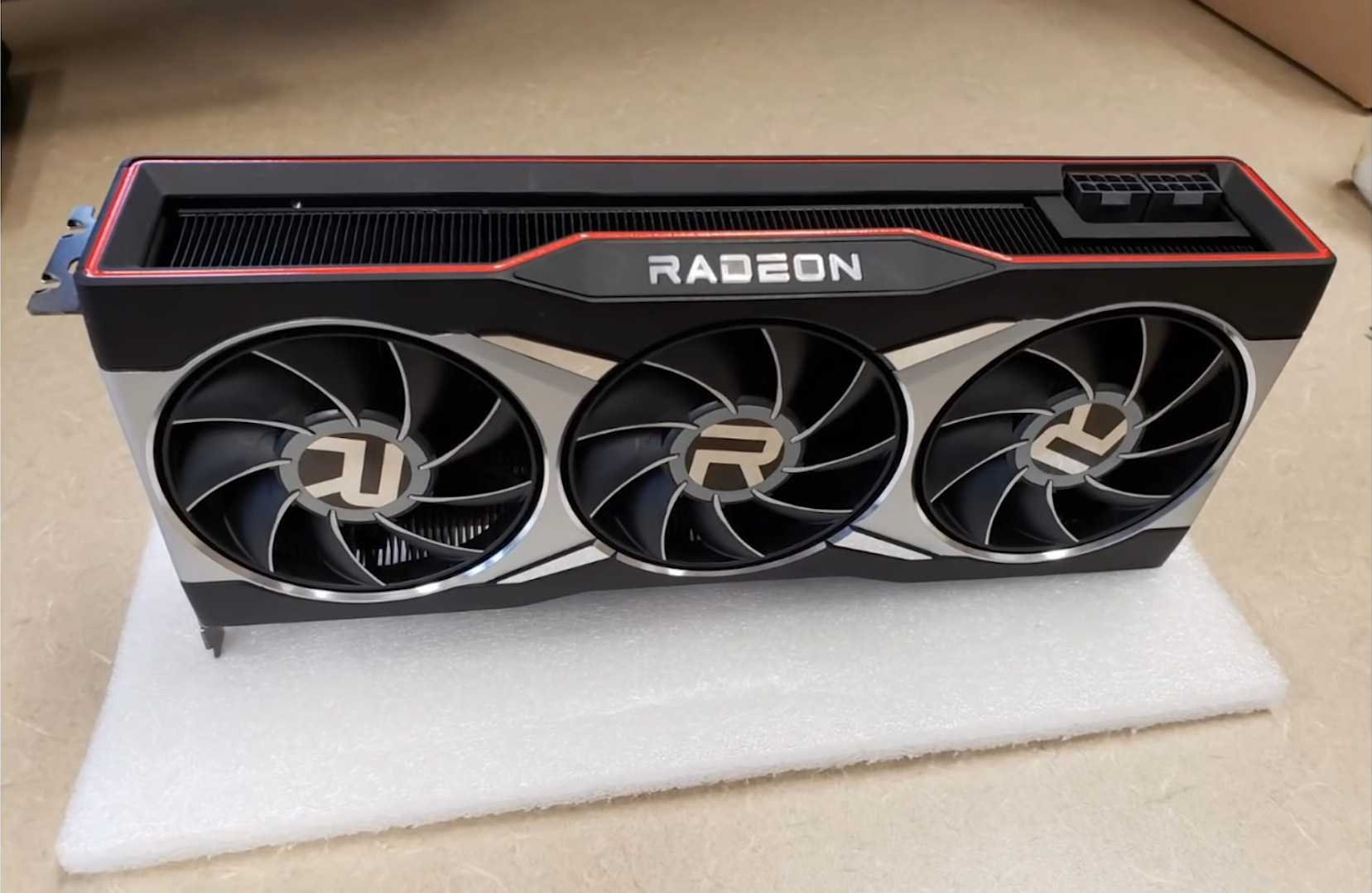 Interestingly, this card was apparently named in the leaks as the RX 6900 XT, suggesting this will be the top-end GPU of the new lineup. But more images were included with the one above, like a seemingly earlier version of the RX 6900 XT: 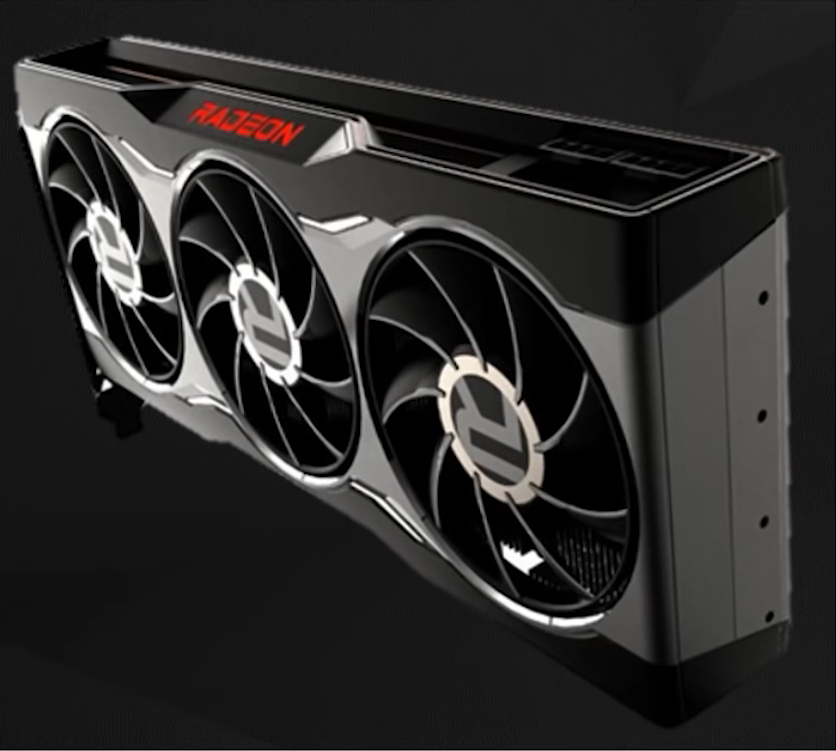 Additionally, one other photo was leaked but shows a slightly smaller card with a different design. This card itself wasn’t named in the leak but it’s speculated to be the RX 6700 XT or something similar. It features two fans rather than the 3-fan setup in the images above, and interestingly still includes the dual 8-pin power connectors. 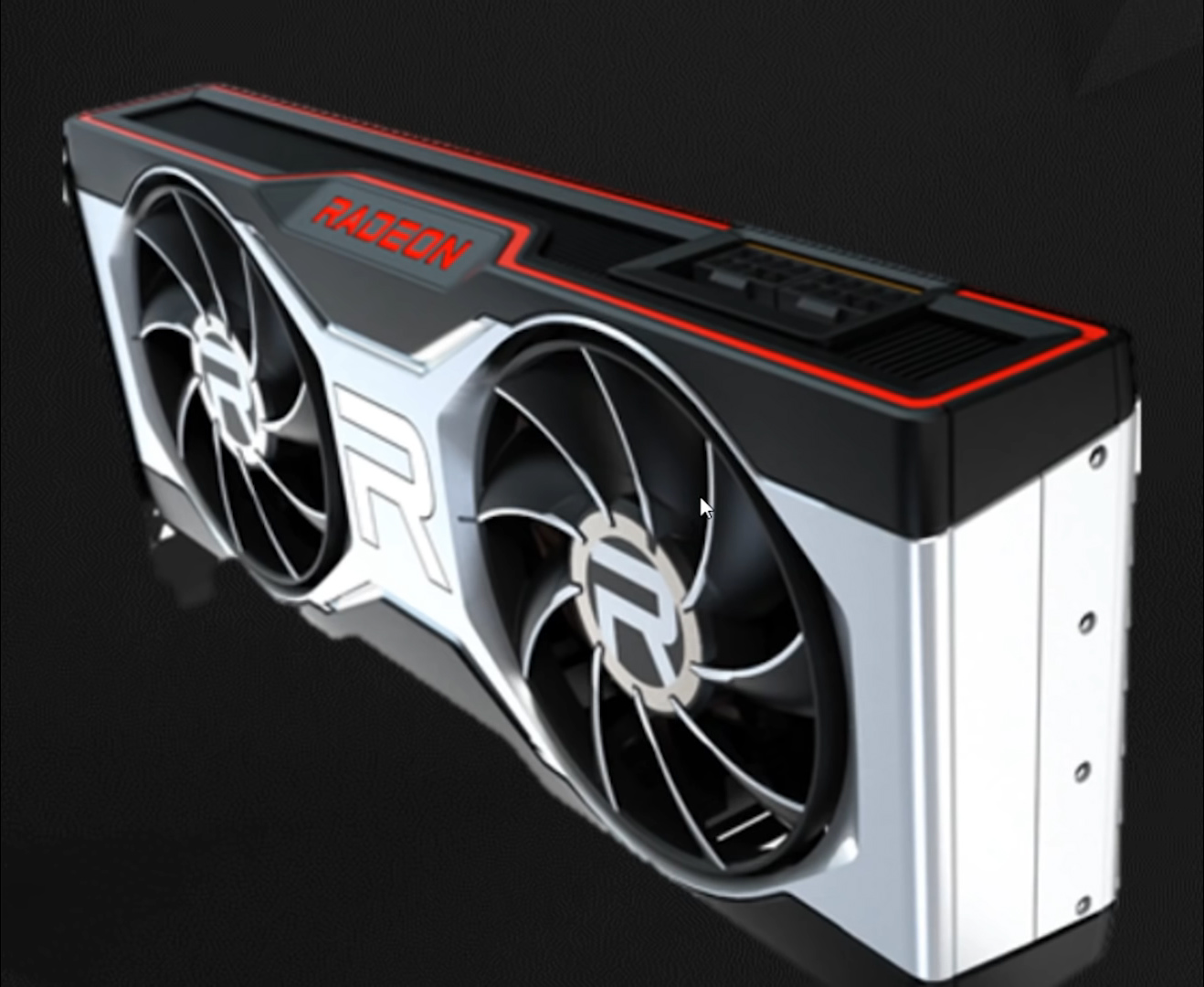 As much as leaks and rumors have hardly any merit on consumers before any official numbers are released, I still wish we got some sort of specs released just to be able to compare to the RTX 30 series, as these will mostly be targeting competition against those GPUs.

But what do you think? How do you feel about the Radeon RX 6000 series? Do you like the design? Which one is your favorite? And what are your spec/price predictions? Let us know!

What card do you think the first image is?

What card do you think the last image is?

How do you feel about the Radeon RX 6000 series design?

being a huge fan of black and red themes, I'm loving everything about the new look except for that silver back plate.
Also....... I think I'd be surprised if Nvidia didn't use the "looks like a 20 series" thing in some negative marketing jabs at AMD, I think it looks great, but AMD, what were you thinking? lol

I don't care what the others say, the more i look at these, the more i like them. And yes, it is a bit of a 20 series rip off, but it does improve on it.

Buildzoid speculated that the cooler mounting brackets looks very similar to the vega HBM cards(very far apart for gddr6) but even he isnt 100% on that. It would make sense Radeon cards are vram bandwith limited.

HBM on another "gaming" oriented card woulf be a huge mistake, and one that I would hope AMD would have learned from by now...... and I disagree about the memory bandwidth limitations, when it comes right down to it, the HBM has never garnered a significant gain over their non HBM cards in games, look at the 5700 XT vs the Radeon VII for instance, even with all that HBM, and MUCH higher shader count and higher theoretical performance, it makes very very little difference in gaming.

Typo in title i think