The Binding of Isaac: Repentance is coming December 31st

Have you put 1000s of hours into The Binding of Isaac already? Have you been looking for another game to satiate your disgusting itch for a naked boy in a grimy basement full of disgustingly grotesque creatures and a psychopathic mother? Well good news! Because The Binding of Isaac: Repentance is officially coming later this year.

“yeah thats right there is yet another FINAL FINAL FINAL mega expansion to the binding of isaac that is actually bigger than rebirth was to the OG flash game.. its basically a sequel at this point, and its fucking amazing!” The official Steam announcement page says. Specifically, The Binding of Isaac Repentance is coming on December 31st.

According to the developers, “the game is currently over 90% done,” which is probably why the release date was finally announced after 2 years of waiting. It will come as a DLC for The Binding of Isaac: Rebirth, so presumably won’t require both Afterbirth DLCs in order to play.

As for what’s included? Well, it’s apparently “too big to be called a sequel,” and features new areas, enemies, bosses, items and weapons. If you’re into numbers, that’s over 130 new items added (up to a total of more than 700 items now), brand new chapters that take you on a completely new path with a new final boss and ending, over 100 new enemies, more than 25 new bosses, 2 new characters to play as, 5 new challenges, over 100 new achievements and more than 5,000 new room designs.

So yeah, it’s big. The Steam page even touts the new DLC will add over 500 hours of new gameplay.

Are you excited for The Binding of Isaac Repentance?

How many hours have you put into The Binding of Isaac already?

Good game , got 319 hours in it and just 80% of achievements. This game was the one that hooked me up on Roguelike games 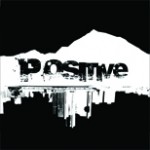 Almost the same here with 317 hours lol. The funny thing is i was just about to finish the game/achievements on 100% and they announced this :D Guess more farm is on the way.

Never really played the game. Tho I wanted to :(