The Early Access version for Baldur's Gate 3 has officially launched, so you can get started on playing the first act of the game right now. The third installment in the series has obviously seen a massive facelift since 20 years ago, and the new title certainly looks very good.

But first a quick note, as this is the Early Access version of Baldur's Gate III and we'll likely see many updates throughout the game's EA period before a full release, so these current graphics settings are bound to be updated as well and are subject to change. 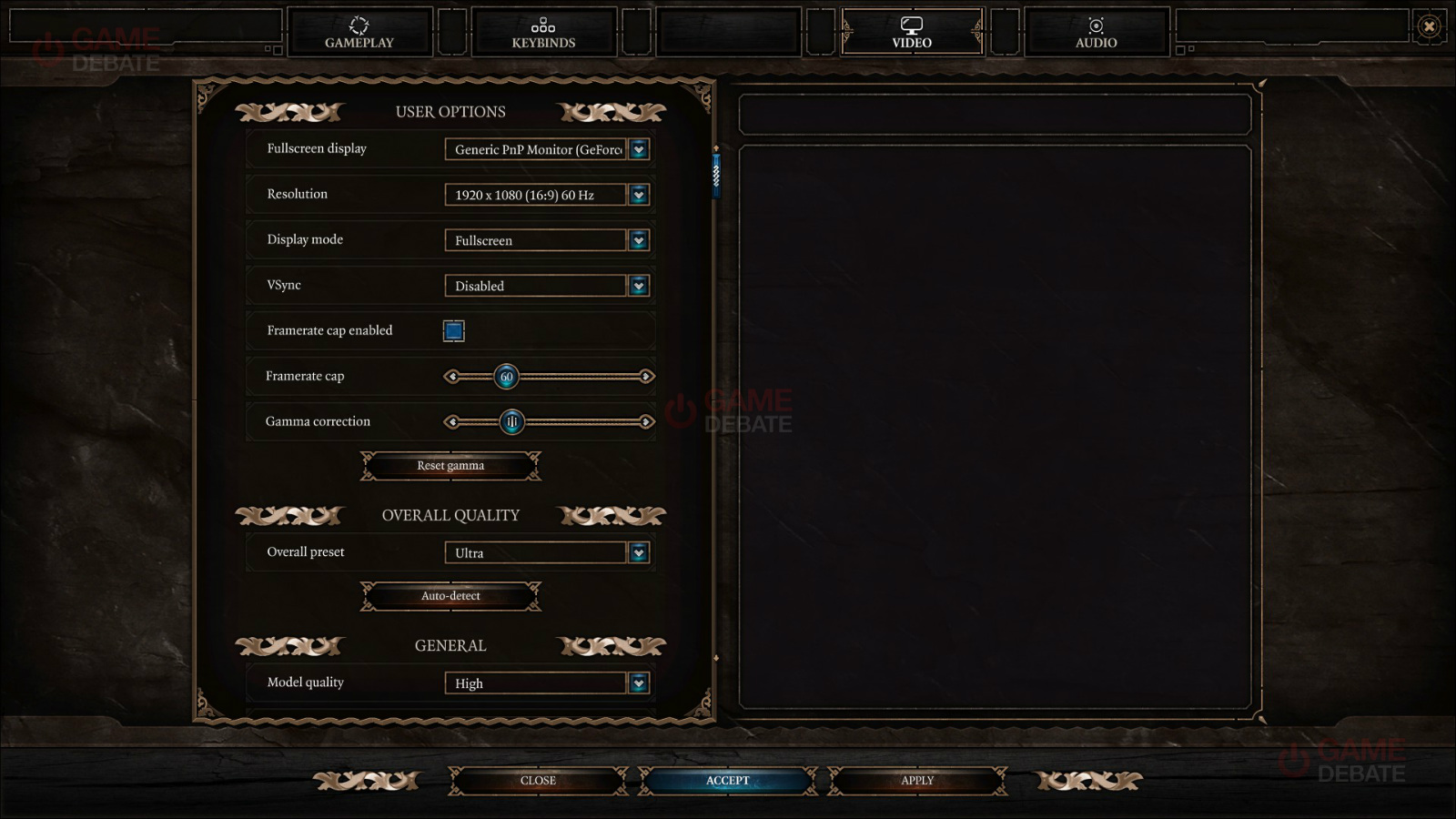 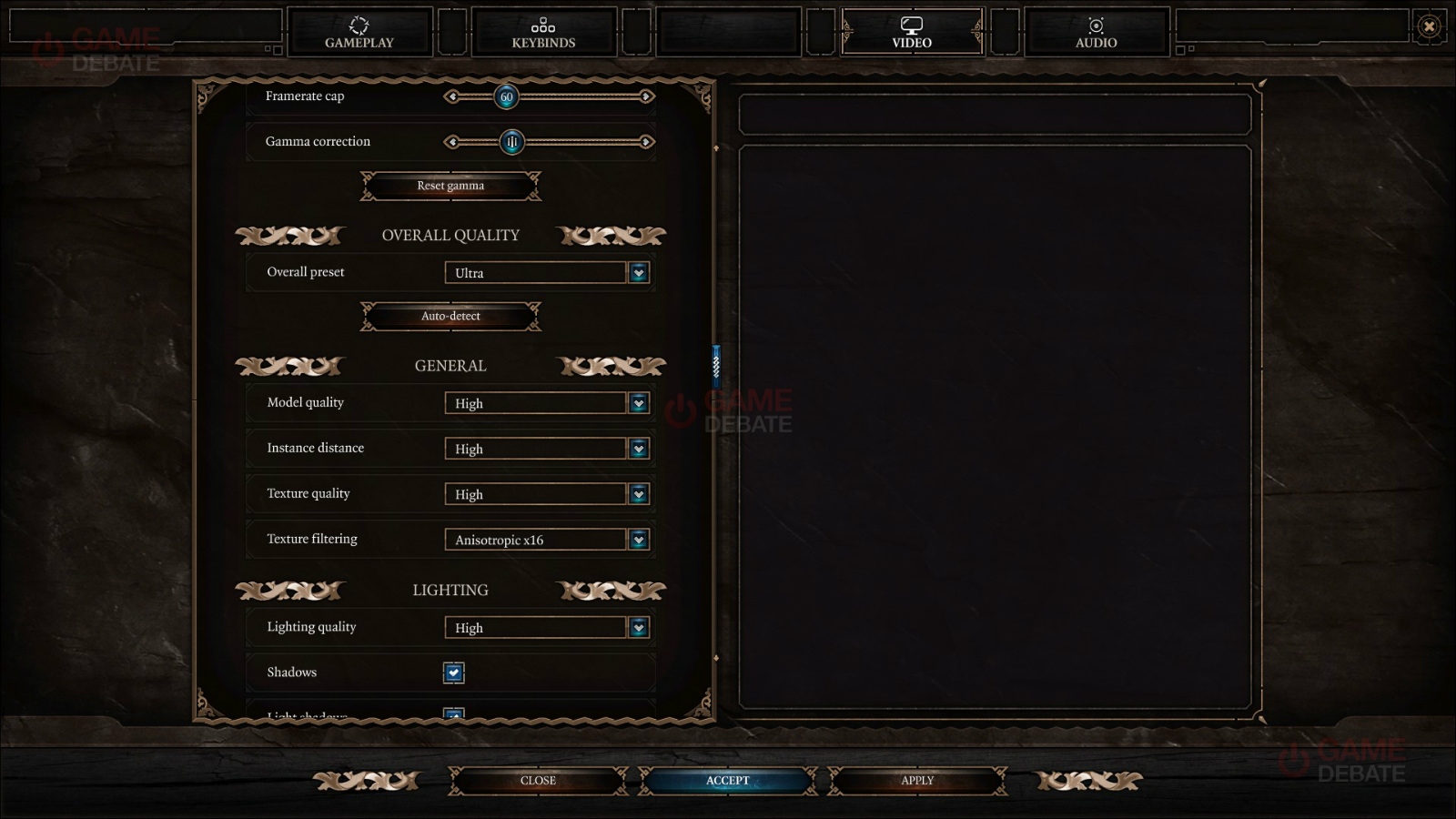 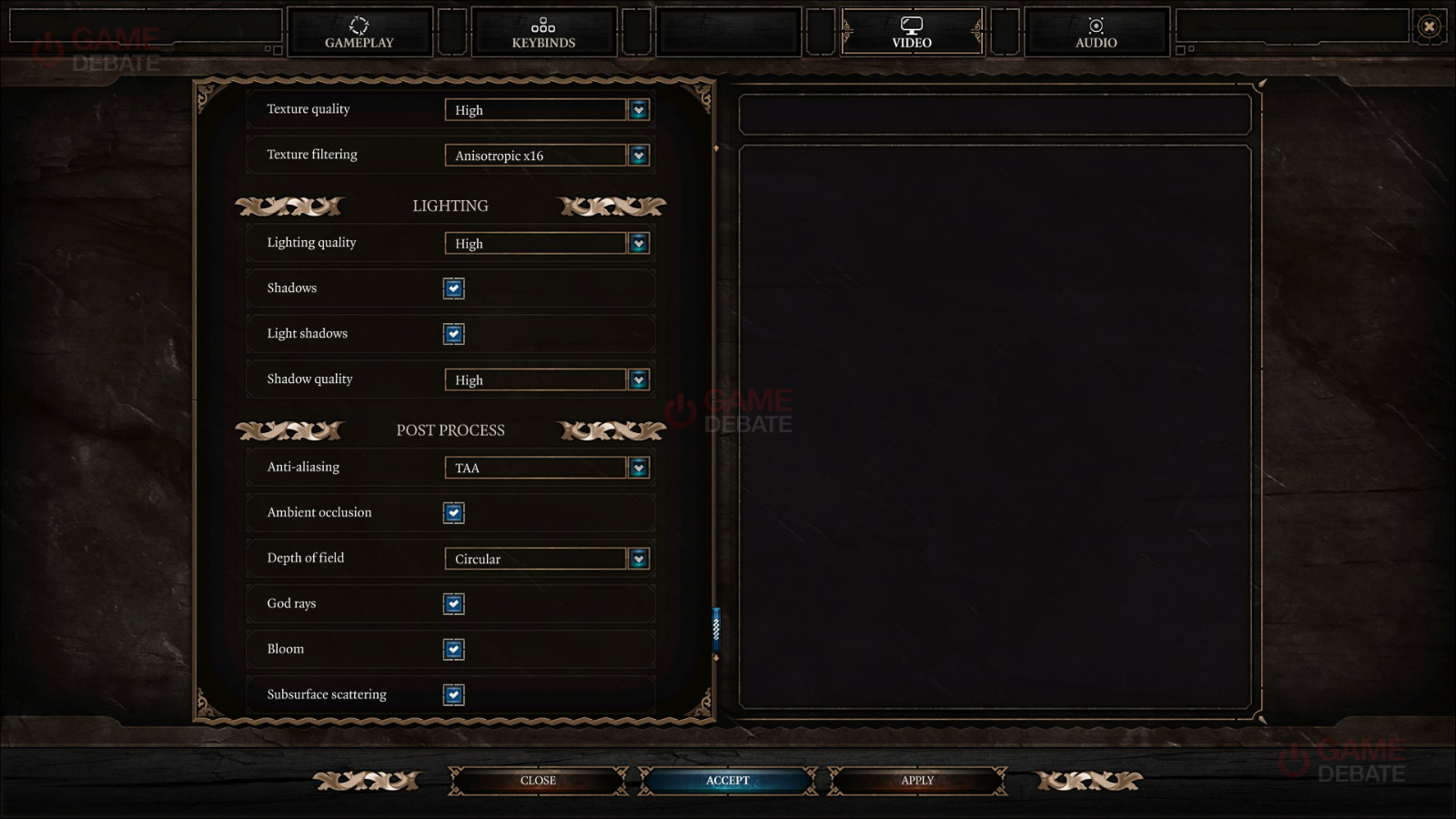 So there you have it, all the graphics settings available in the Baldurs Gate III Early Access version. There's a pretty good amount of options available here, and a decent degree of customization too to tweak the look of the game.

However there are a couple settings missing that would be great additions to the game in later updates. Things like a resolution scale option would come in real handy considering there are a lot of UI elements in-game, and some users won't be able to reach a suitable performance at higher resolutions but want a higher res UI.

A framerate cap is pretty handy though, and its nice to see a modern game that offers Anti-Aliasing options other than TAA just in case you don't like the graphical artifacts produced from that setting.

Apart from that though, Baldurs Gate 3 has a decent selection of graphics settings available and should provide an adequate amount of visual customization. Though some settings are missed like resolution scaling, its not a big deal and could potentially be added in a later update.