Up For Debate - What PC component do you want to upgrade next?

It’s nearly the end of the year, Christmas is on the horizon and the new next-gen consoles are right around the corner, 2020 has proven to be a pretty awful year for humanity, but now is arguably the best time ever to consider upgrading your PC to new hardware. So what PC component do you want to upgrade next?

Obviously there’s been the incredibly enticing launch of the new RTX 30 series graphics cards like the RTX 3080 and RTX 3090, we even have the RTX 3070 coming out soon on October 29th which will arguably be even more popular.

There’s also the case of possibly needing a brand new power supply for the RTX 30 series since they draw so much power compared to their previous-gen counterparts. Maybe its not much of an issue for you, but it's always worth upgrading as a new generation of hardware comes around.

Then of course is the upcoming Ryzen 5000 series of processors from AMD, which recently got announced and is launching November 5th, including the Ryzen 9 5950X, Ryzen 9 5900X, Ryzen 7 5800X, and Ryzen 5 5600X. There aren’t any official third-party benchmarks out yet, but it's still a very exciting generation of processors.

Or maybe you’re not going for the heavy hitters like a new GPU or CPU, and instead you want a brand new PC case, keyboard, or maybe even 1080p has run its course for you and you want to upgrade to a 1440p ultrawide setup instead. Maybe you need some more storage in time for the release of Call of Duty: Black Ops Cold War, or maybe you just need more RAM for these new next-gen games.

Perhaps you’ve already upgraded recently, and you’re not looking to upgrade anything else in the meantime. If so, let us know what you upgraded to! Has it performed as expected? And if you’re not upgrading at all anytime soon, why is that? Is there something else waiting in 2021 that you’re more interested in?

Whatever you’re considering upgrading next, we want to know! So what PC component do you want to upgrade next? Your GPU, CPU, or something else? Have you already upgraded recently? If so, what exactly? Let’s debate!

What do you want to upgrade next? 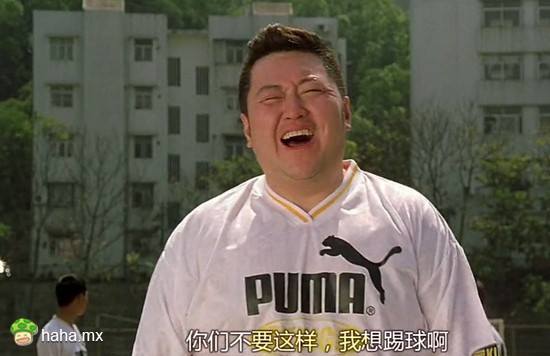 Plan was to get a 3080 Strix OC first but that may be the last due to availablity. Ill get the 5900x and a mobo for it then hopefully get lucky on the 3080. I just dont realistically see myself getting everything before 2021 sadly with the way it is going.

Well, for me it was graphic card, then graphic card and CPU, then I added SSD, maybe I also should upgrade my old PSU, I definitely would want new monitor with graphic card, also maybe motherboard, because I really don't like current one that much,... then I was like f*** it, lets just skip to where it always ends. Plus full used build is easier to sell than pats... :-D

I need to upgrade almost everything. I am searching and comparing components.
GPU first than the rest monitor and keyboard go last.

Nothing right now. But I’m on a gaming laptop and my gaming desktop is old. So it will be a new rig for me when the time comes.

Going from a spinning HD to NVMe SSD for my primary needs.

you think NVME is worth it yet?
I was testing some budget 1TB NVME SSD and went "back" to 1TB SATA 860 PRO as it feels faster and more consistent

ah that's nice!
if you can get 970 EVO right away, and have spare NVME slot, then nothing wrong about that, enjoy! ;)

I'm in a bit of a pickle here. If i were to upgrade one, i have to upgrade the other too XD. Currently i'm planning on upgrading everything on my PC in the next 3 years. We'll see how that goes.

Should have put an option for all of the above.

in cinebench, it stomps it. in games, it should provide a similiar expeience. kind of like 3600x and 2700x.

I suspected as much but I'm in no rush to upgrade it at all, I'm just waiting to see will they release something like a 5700 ( or X ) for like a little bit more money as i think having 8 cores would benefit me the most as i will probably keep the CPU until 2025 at least.

GPU. I'm going to keep my 8086k for a few more years, I just bought several new SSDs and a new Revolt X PSU for a dual system, and my other components are still pretty new so GPU is most likey the only upgrade I'll consider for now.

I'm going to change my graphic card but I'm waiting for AMD's graphics cards and nVidia's 3060 before I make up my mind.

AMD or Nvidia for mid range, either way I don't think you will go wrong!

all of it? i'm literally just keeping the case...

Nothing to be honest maybe next year i´ll do a new ryzen build as the 7700k reaches 5 years of age.

CPU then GPU, then something else, but not soon

Here in Canada we pay 13% tax on every dollar. LOL

Yes sadly that cpu will hold you back alot if you upgrade to something like a 3060,specially if you are playing on a hiogh refresh monitor.