Welcome to another year of the Games of Christmas tournament, the GD tree is up and all bright and shiny. But what's this? There's a small rectangular box under the tree... And that can only mean one thing: your most wanted game of the year is wrapped up and ready for you to rip it apart and get playing throughout the holidays.

We start off this year with a bang, Assassins Creed: Valhalla versus the PC release of Death Stranding. Which one will walk away with their head hanging in shame? And which one will move onto the next round of Semi-Finals making their way to the top?

So this year we've gathered up the 12 best games of the year that you would like to find under your Christmas tree. 11 of them won't make the cut, and only 1 will be crowned the most wanted game for the holidays. Who will win? Well that's for you to decide, so let's get on with it! 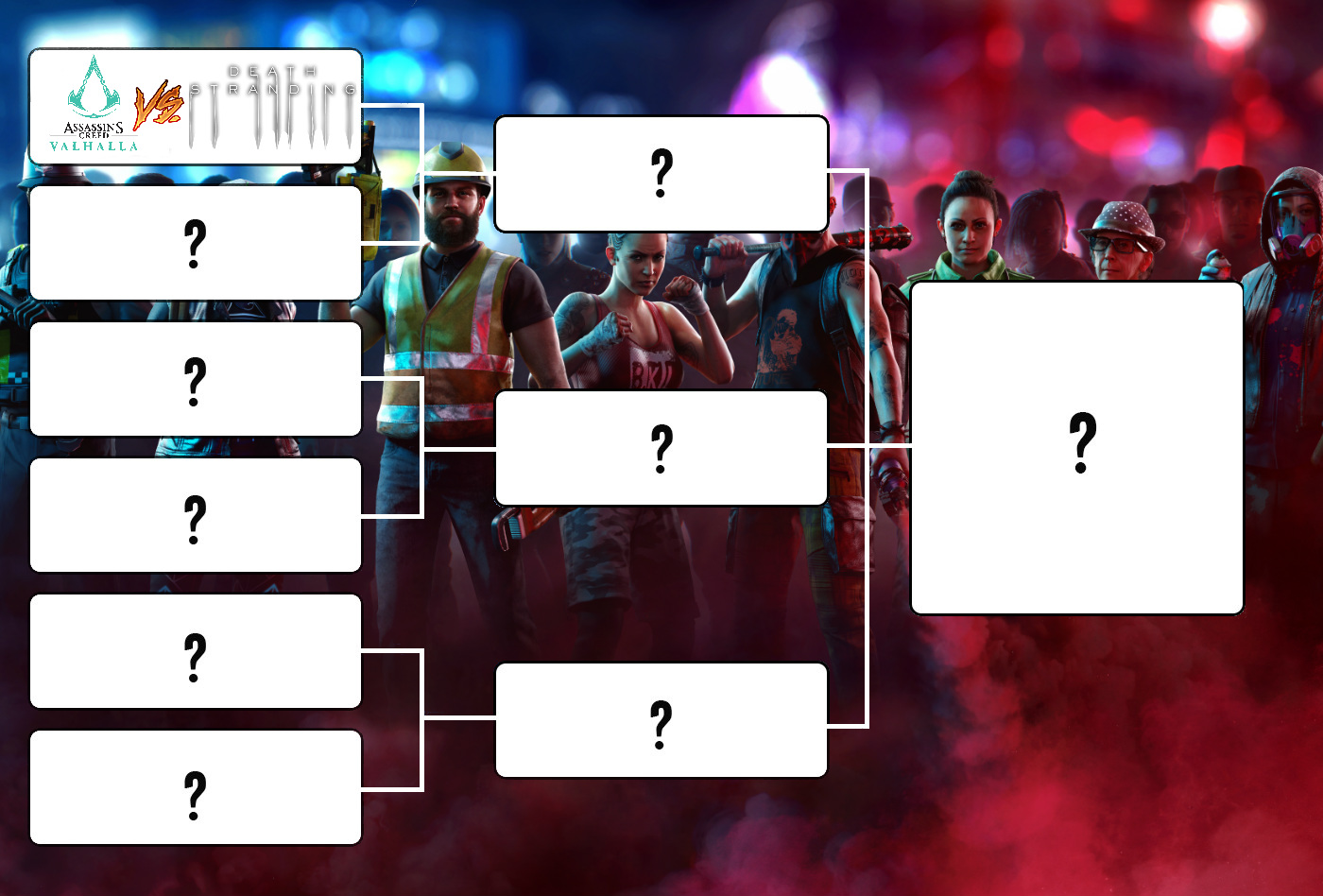 Two games that approach an open world environment so very differently, and in vastly different time periods too: one is set a long time ago in the lush green hills of England, and the other further into the future in a post-apocalyptic America.

It's very clear that both games are targeting very different audiences, but which one will be crowned as the best game to find under the tree? Which one would you be most excited for to open up the box and gawk at the disk (or gift card if you want to go the all-digital way) before firing it up on your PC?

Some of you may be having some Deja Vu at the moment, as last year's 12 Games Of Christmas saw Death Stranding up against Red Dead Redemption 2. But Kojima's latest game only recently made it's way onto PC this year, thus bringing the title to a whole new audience. Since this is the case, we thought we'd give DS another shot at this year's 12 Games of Christmas.

Get voting in the poll below for your favorite choice, and remember to check back again tomorrow for the results and Day Two of the 12 Games of Christmas 2020; where two more titles will battle it out to earn a place in the next round. The winner of today's competition will face the winner of tomorrow's competition in the first semi-final on 20th December!

Considering all the bugs the game has, it's far from certain.

its death stranding for me.

Death Stranding is a walking simulator. Why would anyone want it, even for free?

I think you haven't played it. I feel much more walking Simulator and slow paced to Red Dead Redemption 2 than Death Stranding. When you play death stranding you sometimes think I wish it was a walking simulator! Hahaha

We already know who the final winner will be. lol

No way in hell will Death Stranding survive this encounter.

AC Valhalla for me. Death Stranding is unique game, but it really feels like more niche thing and I didn't enjoy it as much as Valhalla. So I am voting for that. But even if it is not my style, I do think Death Stranding is great game for certain audiences.

I bought Death Stranding during the Black Friday sales so I'm forced to vote for Valhalla. I wouldn't buy the game due to the intrusive UPlay.

my thoughts too, I would rather get Death Stranding, but that's only since I own Valhalla, otherwise it would definitely be my pick of the two.